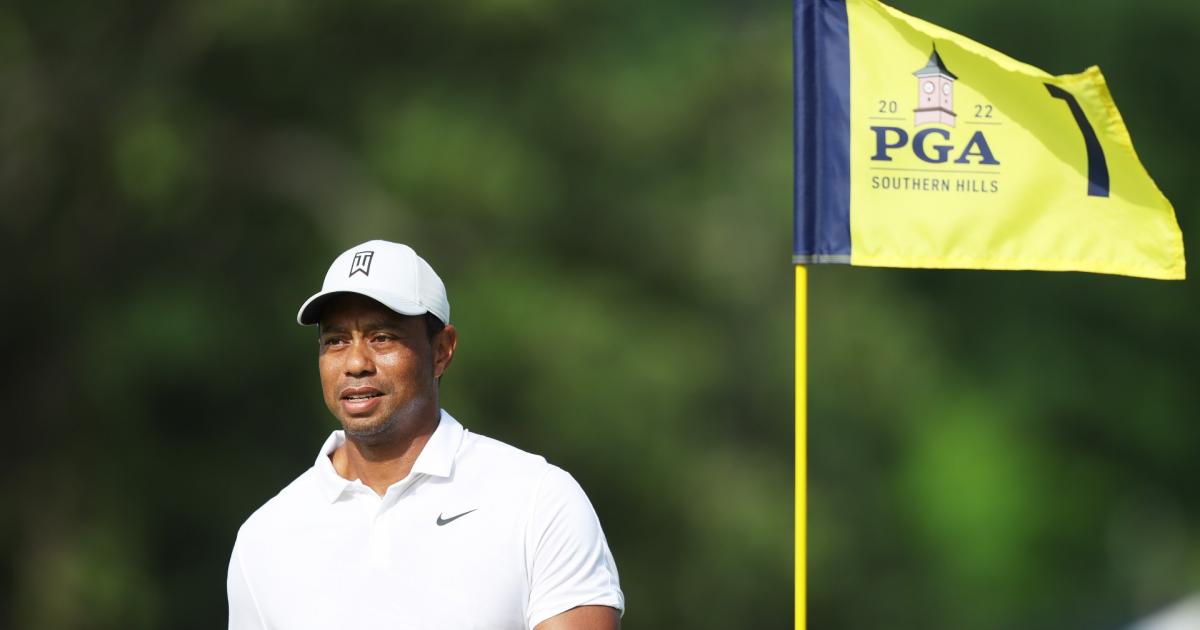 Tiger Woods will be back in a major golf tournament for the second time in 2022.

Woods appeared at the 2022 Masters, his first major appearance since a near-fatal February 2021 car crash, and made the cut after the first two rounds, though he began to fall back late, finishing in 47th at 13 over par.

Woods is now set to appear at the 2022 PGA Championship, which is being held at the site where he won the event the last time, the Southern Hills Country Club in Tulsa, Oklahoma.

He’s starting Round 1 in a challenging group, including two of the top contenders for the 2022 PGA Championship. Joining him at the 10th hole at 9:11 a.m. ET will be Rory McIlroy and Jordan Spieth. McIlroy is the only other golfer in the field besides Woods with multiple wins (McIlroy won in 2012 and 2014; Woods’ four wins trail only Jack Nicklaus’ and Walter Hagen’s five wins for the most). Spieth has never won the PGA Championship.

The Sporting News is tracking scores and highlights from Tiger Woods and his group, Rory McIlroy and Jordan Spieth, from the first round of the 2022 PGA Championship. Follow along for coverage of their day at the Southern Hills Country Club.

This section will be updated once Woods, McIlroy and Spieth begin their round.

Woods, McIlroy and Spieth will begin their first round at the PGA Championship from the 10th tee at 9:11 a.m. ET.

How to watch 2022 PGA Championship Round 1

ESPN will handle the broadcast of the PGA Championship over the first two days of the tournament. The nationally televised broadcast won’t begin until 1 p.m. ET, however, which means prospective viewers can only find the start of Woods’ Round 1 on ESPN+ in the morning.

ESPN’s broadcast will begin at 1 p.m. ET with an alternate telecast featuring Joe Buck and Michael Collins on the call. At 2 p.m. ET, their broadcast will move to ESPN2 and the main ESPN broadcast crew will take over on the network.

Viewers hoping to stream ESPN and ESPN2’s broadcast over the weekend can also find it on fuboTV, which offers a free trial.