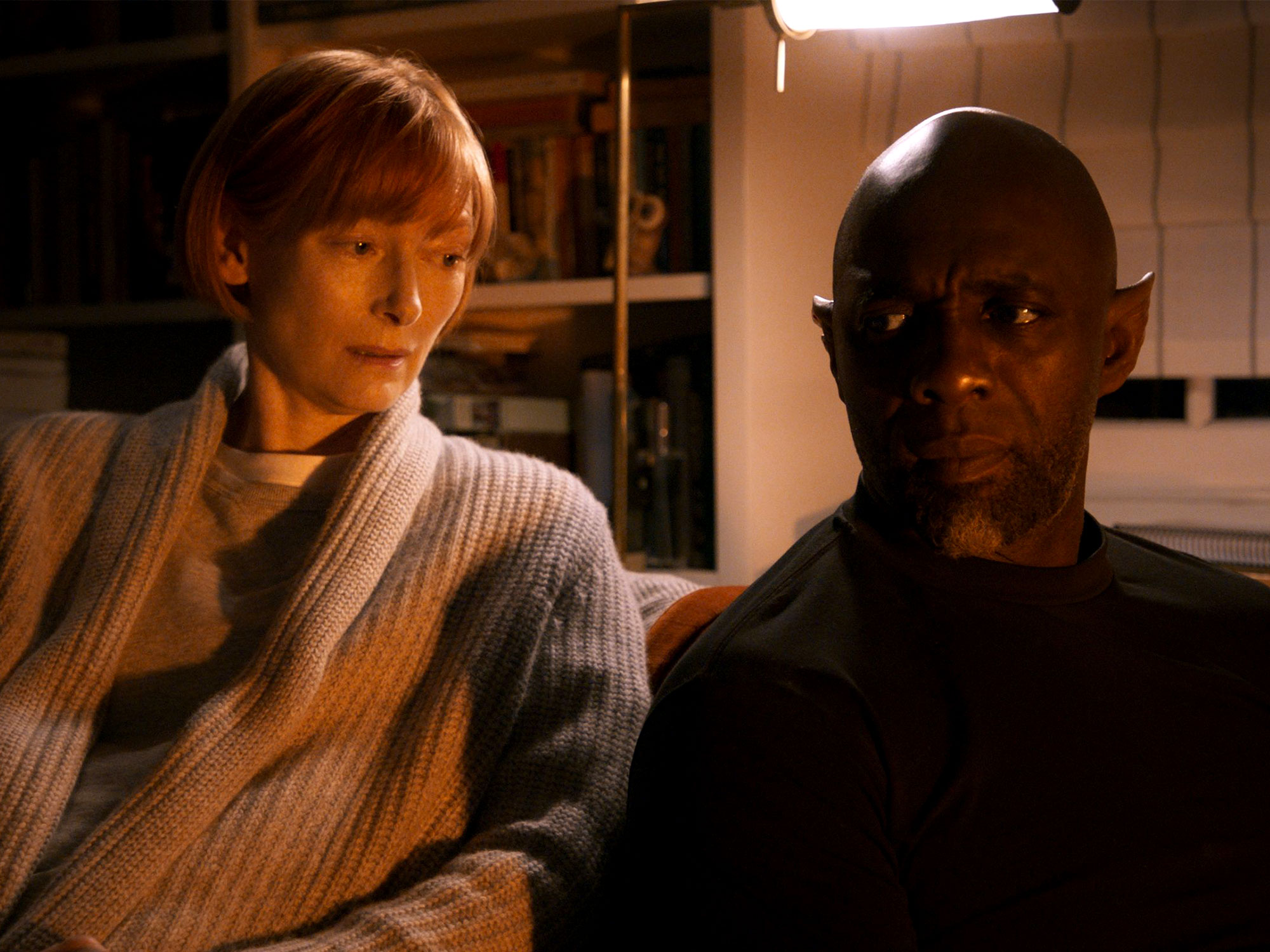 George Miller returns to our screens with an ambitious tale of desire and magic featuring Tilda Swinton and Idris Elba.

Do you believe in soulmates? When it comes to cinema, I do. There’s a perfect match out there somewhere for every film, a viewer just waiting to be transported by whatever it is their cinematic soulmate has to offer. Three Thousand Years of Longing, the latest from Aussie auteur George Miller (Mad Max), and co-written by Augusta Gore, is a film rendered via the brightest colours, the strongest flavours, the wildest rolls of the narrative dice. There will be many people for whom it is love at first sight, and people in whom it provokes a wild allergic reaction.

Imagine Wes Anderson had adapted Neil Gaiman’s American Gods — that’s the vibe here. Idris Elba plays a Djinn, an elemental being with the power to grant three wishes when you set him free, through the tried and tested method of rubbing his bottle vigourously. Tilda Swinton plays Dr Binnie, who unlike your typically naive winner of wishes, is a Professor of Narratology, which sounds like what a Silicon Valley tech firm calls their head of HR, but in fact means professor of storytelling.

Dr Binnie is uniquely qualified to avoid the kind of good-wishes-gone-bad situations that Wes Craven and co spun into a whole horror franchise with the Wishmaster series. As the film begins, Dr Binnie is speaking at a conference in Turkey all about myths and magic and why we need stories; she understands the assignment. The stage is set for a trippy two-hander full of branching flashback vignettes unfolding various incidents in the lives of our leads, mostly having to do with the importance of storytelling and the power of love. (They also make time for queasier incidents such as a visit to the nude harem of a fat fetishist, whose favourite naked concubine “Sugar Lump” discovers a magic lamp by falling with such force that she cracks a paving stone, in a scene which is perhaps supposed to play for laughs but feels poorly conceived.)

The project is a loose adaptation of A. S. Byatt’s The Djinn in the Nightingale’s Eye (published in The Paris Review). The difficulty with adapting this kind of material is that it often risks destroying the joke. When you read “Once upon a time, when men and women hurled through the air on metal wings” and intuit that Byatt is talking about aeroplanes, the reader gets to put together the pieces of a puzzle for themselves, the humour emerging from the moment that you solve this little riddle. On screen, when you hear Dr Binnie narrate the same line, but can see an aeroplane, the line is no longer a riddle, but only a slightly florid way of describing air travel.

Three Thousand Years of Longing reminded me a little of Miguel Gomes’ epic Arabian Nights, a six-hour-plus chapterised film covering similar themes of storytelling, love and longing. Comparisons between the two projects aren’t going to do this one any favours, but are a reminder that this kind of storytelling can be transcendent. Speaking personally, if I could have one wish, it would be that I had rewatched Arabian Nights (or Wishmaster) instead of this. But that’s ok —  there will be more than enough people for whom this off-beat fantasy is everything they ever longed for.