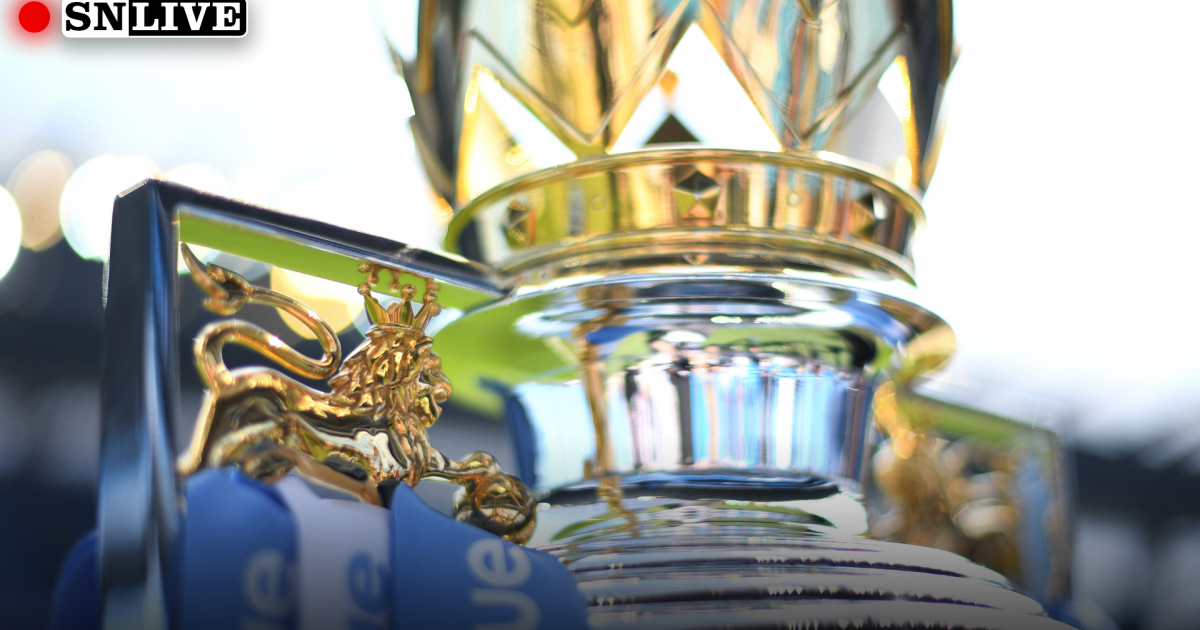 After nine months and 37 rounds of action, the 2021/22 Premier League season concludes on Sunday.

With the small matter of the title, fourth place and final relegation spot to be decided on matchday 38, there is little chance of today being a procession to the finish line.

Manchester City and Liverpool have 90 minutes more to play in their title tussle, Arsenal need a win and a favour from Norwich City against Tottenham Hotspur if they’re to snatch the final Champions League spot, and the Championship beckons for either Leeds United or Burnley.

The Sporting News will bring you all the latest from around England, with live updates and highlights below.

Premier League table as it stands

5 mins to KO: Coutinho will be the man Liverpool fans will hope can pull off a title miracle for them. The former Reds playmaker has scored five times across his seven previous outings against the Citizens.

15 mins to KO: We’re nearly there now! Liverpool will be hoping it’s a case of third time lucky in their final-day title tussles with City. Manuel Pellegrini’s men held onto their lead over the Reds on matchday 38 of the 2013/14 campaign, while Pep Guardiola masterminded the same outcome in 2018/19.

30 mins to KO: Moving across the Pennines, when it rains, it pours. For their crucial clash against Brentford, Leeds are missing Patrick Bamford, with manager Jesse Marsch confirming the forward has tested positive for Covid.

40 mins to KO: For Manchester United, Edinson Cavani starts up top against Crystal Palace in what could be his final game for the club. Cristiano Ronaldo misses out on the squad altogether through injury, begging the question as to whether his last outing as a Red Devil has already happened.

50 mins to KO: Elsewhere, Arsenal are without Takehiro Tomiyasu for their clash with Everton, after he was forced off through injury against Newcastle on Monday. For rivals Spurs, star striker Harry Kane has recovered from a bout of illness to lead the line.

Here’s how we line-up for our final #PL game of the season! 👇 pic.twitter.com/03PDfhlrSh

1 hour to KO: Team news is out, and Salah is only fit enough for the Liverpool bench! After the Egyptian’s minor injury sustained in last week’s FA Cup final, Jurgen Klopp has gone with a front three of Luis Diaz, Diogo Jota and Sadio Mane.

Meanwhile for City, Fernandinho – much-maligned in recent weeks, and set for his final appearance in the sky blue today – starts. Kyle Walker is only fit enough for a place on the bench. Emiliano Martinez misses the game for Aston Villa, meaning Robin Olsen starts in goal for the visitors.

1 hour 10 mins to KO: One distraction outside of the finishing positions today is the Golden Boot award. Mohamed Salah – looking to finish top scorer for the third time – is currently in the driving seat, with 22 goals in the Premier League this season. However, Spurs’ Son Heung-min is just one strike behind, and will be licking his lips at the prospect of facing already-relegated Norwich.

1 hour 30 mins to KO: There’s one set of results in the title race which would tie Liverpool and City across points, goal difference and goals scored, meaning a playoff game to decide the champions. Time for Philippe Coutinho to get his shooting boots on…

1 hour 45 mins to KO: Hello and welcome to the final day of action in the 2021/22 Premier League season! Stick with us for all the important updates on what promises to be a gripping few hours.

MORE: Premier League relegation permutations & scenarios: What Leeds and Burnley must do to survive the drop after Everton safe

Most eyes will be on the Etihad Stadium and Anfield on the final day. Reigning champions City will retain the title with a win over Aston Villa, but defeat to former Liverpool captain Steven Gerrard’s team would allow the Reds to overtake them by beating Wolverhampton Wanderers.

Tottenham will secure a return to the Champions League for the first time in three seasons with a point at relegated Norwich, although a surprise win for the doomed Canaries would allow Arsenal to step in if they beat Everton at home.

West Ham United need to win at Brighton & Hove Albion and hope Manchester United drop points at Crystal Palace, if they are to beat the Red Devils to sixth.

Is the Premier League final day on TV in the UK?

Viewers in the UK will be able to watch three games from the final day of the 2021/22 Premier League season on Sky Sports.

The broadcaster has confirmed that it will be screening Manchester City and Liverpool’s closing fixtures live, as well as Leeds’ trip to Brentford.

How to watch Premier League final day in USA

Premier League matches are broadcast in the USA across NBCUniversal networks (NBC, USA Network, Telemundo and Universo) and its Peacock streaming service. NBCSN was shut down beginning Jan. 1, 2022 and USA Network is the new TV home of the Premier League.

Premier League games on NBC and USA Network will be streamed on NBCSports.com and the NBC Sports app for authenticated cable, satellite and telco subscribers.

Televised matches can also be streamed live on fuboTV, which offers a free trial for new users.

How to watch Premier League final day in Canada

The broadcaster will be showing the action from the final day of the campaign. A subscription to DAZN costs $20 CAD a month or $150 CAD a year.

Where Southern Charm’s Craig Conover and Naomie Olindo Stand After Season 8 Hookup Drama
Animal Kingdom Review: Beginning of the End
Days of Our Lives Round Table: Lani Confesses All!
How Travis Barker and Kourtney Kardashian Are Feeling Amid His Hospitalization for Pancreatitis
Sonny Barger Dies; Sons of Anarchy Actor and Hells Angels Founder Was 83