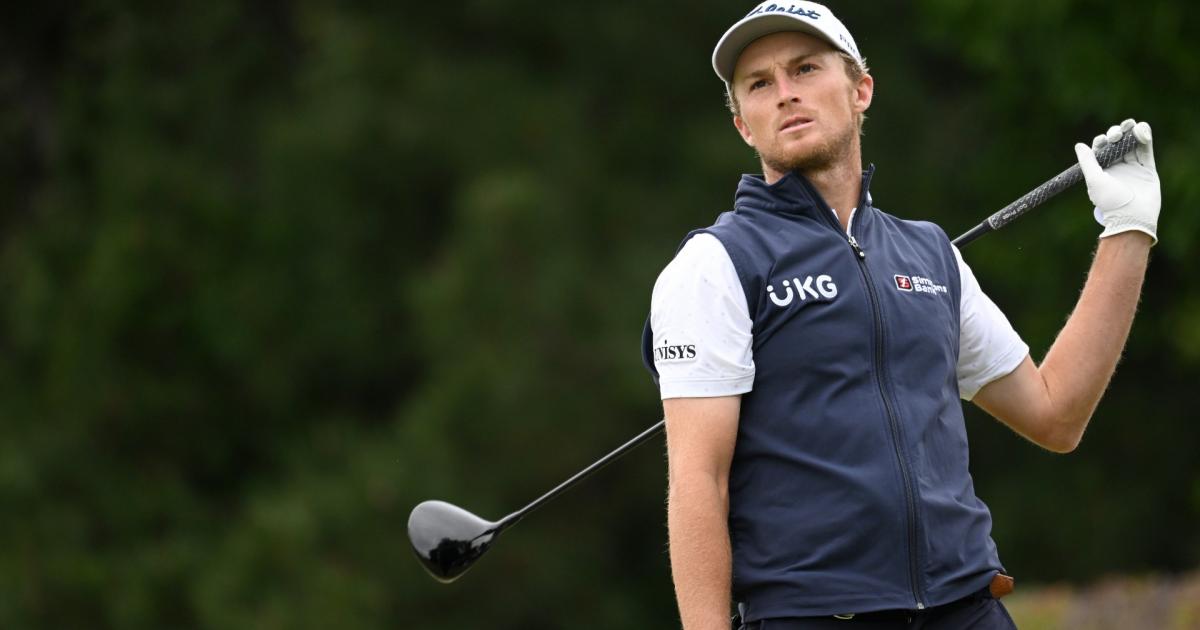 Will Zalatoris may not be one of the more familiar names on the PGA Tour, but he certainly looks and sounds familiar to golf fans.

Zalatoris, who finished Saturday’s PGA Championship third round tied for second at 6 under par, three strokes behind Mito Pereira, only became a full-time member of the PGA Tour in 2021. He was named the tour’s Rookie of the Year after logging top-10 major finishes at the Masters (second) and PGA Championship (tied for eighth).

While his performance on the course was impressive, Zalatoris became more notable among casual fans because he bore a resemblance to a character in “Happy Gilmore” and sounded like a well-known celebrity.

How did Zalatoris first draw comparisons to Happy Gilmore’s caddy? It all stems from an Adam Sandler tweet in 2021.

Why Will Zalatoris is compared to the caddy in ‘Happy Gilmore’

Sandler’s tweet included a message: “Mr. Gilmore is watching you and very proud.”

Naturally, casual golf fans rushed to figure out whether Sandler was cracking a joke or whether Zalatoris actually had played the caddy in the classic comedy.

Of course, Zalatoris didn’t play the caddy in the movie. It came out in February 1996, six months before Zalatoris, 25, was born. Still, he played into the fame he received from that tweet and responded to Sandler that he would be willing to caddy for “Mr. Gilmore” at any time.

If you’re ever in need of a caddie again let me know. I’ll be better this time. I’m always available for you, Mr. Gilmore. https://t.co/R1e8awZIvh

As a result, Zalatoris has carried with him a “Happy Gilmore” association during the early stages of his PGA Tour career. And it all started with a joke during his second-place finish at the 2021 Masters.

MORE: Is Tiger Woods playing Round 4 of the PGA Championship?

Who played the caddy in ‘Happy Gilmore?’

The role of Happy Gilmore’s caddy was portrayed by Canadian child actor Jared Van Snellenberg. Van Snellenberg was 16 at the time he appeared in the film. He went on to appear in other movies, inlcuding “Rat Race” and “Agent Cody Banks,” before retiring from show business.

Van Snellenberg, now 41, is an assistant professor of psychiatry at the Renaissance School of Medicine at Stony Brook University in New York. According to the school’s website, Van Snellenberg’s research “focuses on understanding the neural underpinnings of psychotic and cognitive symptoms of schizophrenia and related disorders.”

When Zalatoris was in contention at the 2021 Masters, he was asked if he had been told that he looks and sounds like Wilson. Zalatoris responded by doing his best one-word impression of Wilson.

Wilson has long been noted for the way that he says “Wow,” to the point that it has become a popular meme. Zalatoris’ impression of the “Rushmore” and “Cars” star was pretty much spot-on, so either he has studied that meme or the resemblance truly is striking.