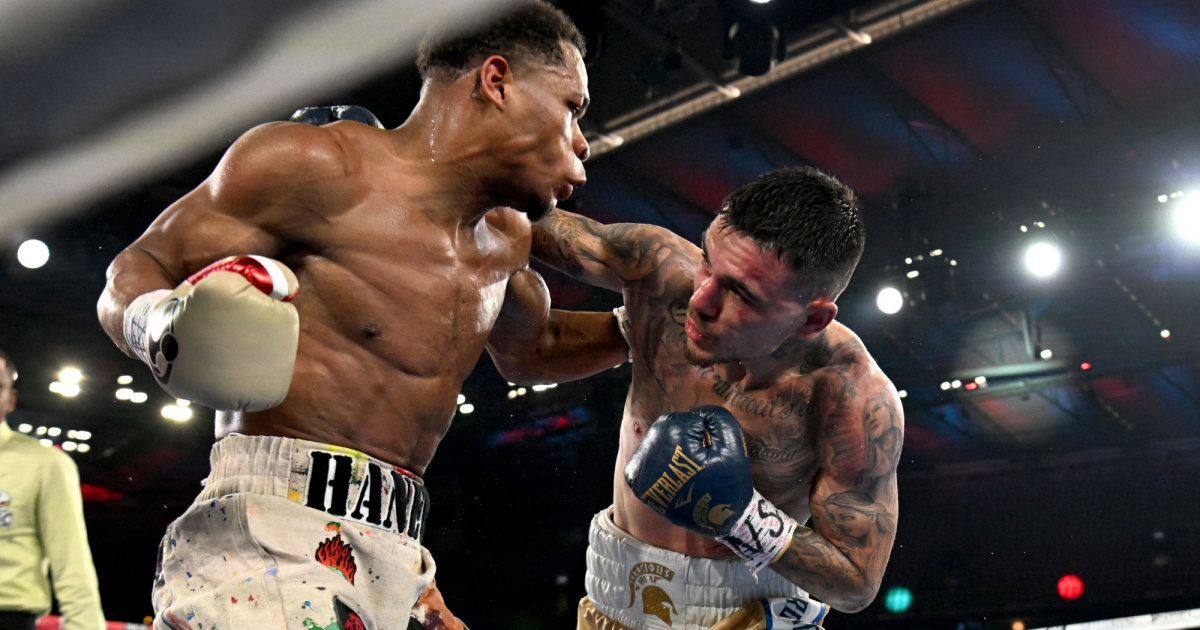 It’s been two weeks since George Kambosos took on Devin Haney, going down by unanimous decision as the American became the first undisputed lightweight champion of the four-belt era.

But Kambosos isn’t wasting any time trying to get his belts back, with his father Jim Kambosos announcing via Instagram that he has officially activated the fight’s rematch clause.

It was revealed in mid-May that as part of the Kambosos v Haney negotiations, the Australian had a rematch clause that would see him get another chance at the titles in Australia, should Haney win the first fight.

There was speculation that Kambosos would not get his rematch straight away, with some believing that he would step aside to let Haney face Vasiliy Lomachenko, or that he was not competitive enough in the first fight to warrant a second.

But these fears look to have been put to bed, with a rematch officially announced that will more than likely also take place in Australia.

Talking to FightHype before the first fight, Devin Haney claimed that he was happy to accept the rematch clause, as it would help to ‘cement his legacy’.

“I would have loved for the next fight to be in my home country but that’s what they demanded for the fight to get made,” Haney said.

“We don’t want to miss this opportunity, I am a true champion, I will beat you in your backyard, twice if I have to.”

Despite shocking the world when he defeated Teofimo Lopez, the fight against Haney was a much tougher task for Kambosos, who suffered the first professional loss of his career as the judges scored it 116-112, 116-112, 118-110 for Haney.

Speaking after the fight, Kambosos acknowledged that Haney had been the better man on the day, but that he would bring something different to their rematch.

“I’m going to change a few things and it’ll be different later this year. I didn’t have to fight him but I gave him a shot straight away,” Kambosos said.

“[The right hand] landed a few times but he had a smart game plan and did what he had to do to win. Today, they gave him the decision but I’m sure it’ll change when we get it on again.”

While the fight is confirmed to be in Australia, there is as of yet no confirmation of the exact venue, with Melbourne, Sydney, and Brisbane all in consideration, per The Courier Mail. Kambosos has previously voiced his wishes to fight in his hometown of Sydney.