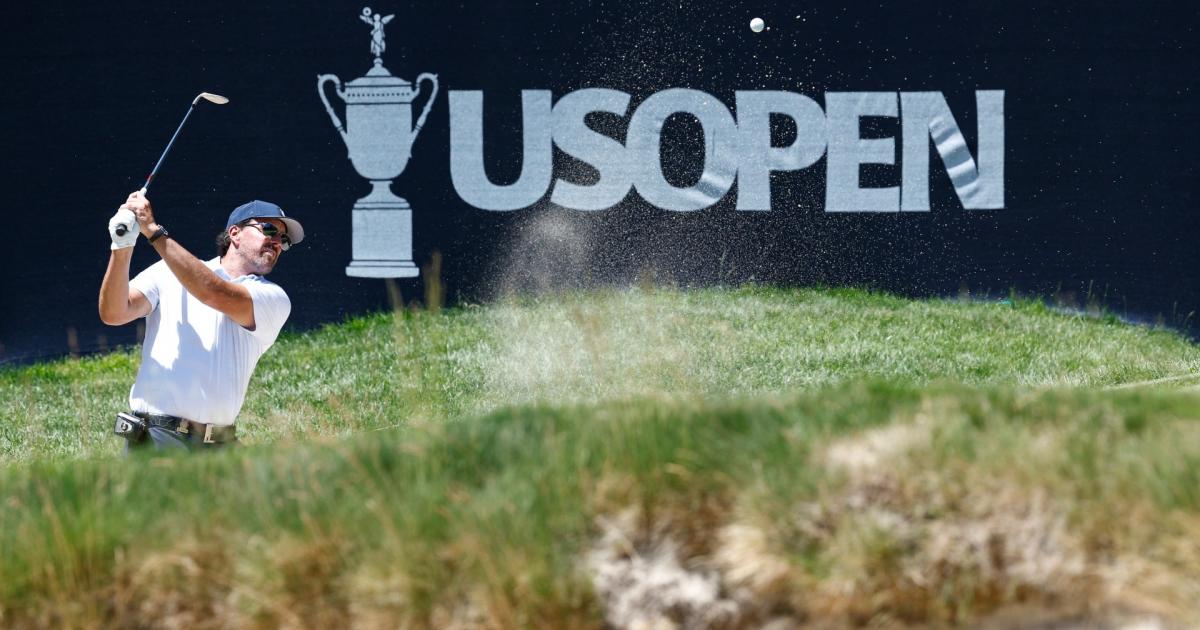 Phil Mickelson is still looking to complete his career Grand Slam by winning the U.S. Open. Doing that in 2022 could prove to be a tall task.

Mickelson struggled immensely in the first round of the season’s third major. He had an exceptionally difficult time with his putter as he carded an 8-over-par 78 for his first 18 holes. His poor performance makes it highly unlikely that he will make the cut after Round 2 on Friday.

Missing the cut would turn this major tournament into a major disappointment for Mickelson, who is playing in just his second event since his controversial comments about the tour. He has since become the face of the LIV Golf Invitational Series and been suspended from the PGA Tour.

If Mickelson bows out, we won’t see him play again until LIV Golf Portland on June 30.

He’s not the only big-name player in danger of missing the weekend, either. Jordan Spieth, Patrick Cantlay, Shane Lowry, Tony Finau and Brooks Koepka are all flirting with the cut line as well.

What will it take to make the cut at the 2022 U.S. Open? Here’s everything you need to know about the major tournament’s cut line, rules and results as players look to make it to the weekend.

The top 60 players in the U.S. Open field (including ties) after two rounds will advance to the third and fourth rounds of the tournament.

The U.S. Open has the second-strictest cut line among the four majors. Only the Masters, with the top 50 players (including ties), accepts fewer golfers. The Open Championship and PGA Championship both accept the top 70 golfers (plus ties).

The current cut line at the 2022 U.S. Open is 3 over par. It began the day at 2 over, but a rough scoring day on the course shifted it up, at least momentarily. The line will move throughout the second round with the 60th-place player.

MORE: Updated list of golfers who are leaving PGA Tour for LIV Golf

How many golfers make the cut at the U.S. Open?

The 2022 U.S. Open began with a 156-player field. At least 60 of those 156 golfers will make the cut. The cut will be for the top 60 scores (including ties), meaning that a minimum of 60 golfers will advance and more will likely make the cut.

Animal Kingdom Review: Beginning of the End
Wim Wenders: “With restoration, there’s a danger you can falsify the film.”
Singer King Zachary Celebrating the Release of His New Single ‘As Above’
The Chi – Season 5 – Open Discussion + Poll
YouTuber David Dobrik Sued for $10 Million By Former Vlog Squad Member Jeff Wittek After Near-Fatal Stunt