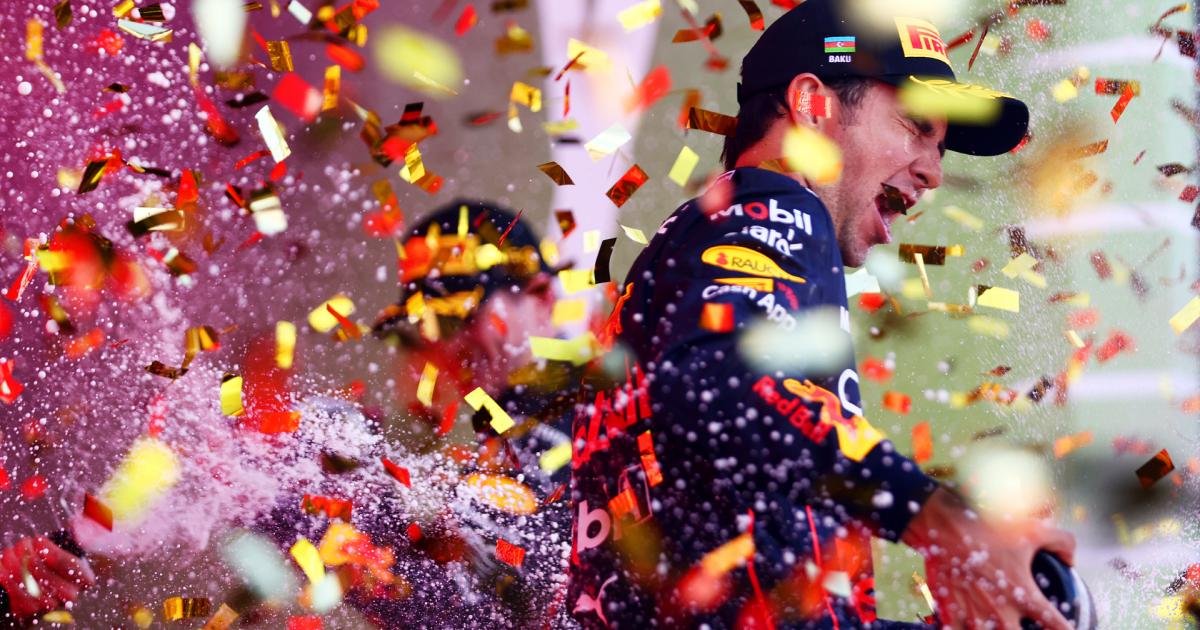 This weekend, it’s the F-I-eh.

Formula 1 heads back to Canada after the coronavirus pandemic axed the last two years’ races at Circuit Gilles-Villeneuve, and there’s a wave of red coming to the Great White North.

Max Verstappen and Sergio Perez are dominating the field right now, with the two Red Bull racers sitting 1-2 in this year’s drivers championship standings. This comes after a hot start by Ferrari, which dealt with a DNF from Charles Leclerc and Carlos Sainz at a tragic Azerbaijan Grand Prix.

Now, the gap between the Red Bulls and Ferrari is widening on the track — and in the drivers standings.

F1 races this weekend in Montreal. Here’s what you need to know about this weekend’s event:

What channel is the F1 race on today?

The ESPN family of networks will broadcast all 2022 F1 races in the United States using Sky Sports’ feed, with select races airing on ABC. You can also stream Formula 1 races live in the U.S. with fuboTV.

ESPN Deportes serves as the exclusive Spanish-language home for all 2022 F1 races in the U.S.

What time does the F1 race start today?

Sunday’s 2022 Canadian Grand Prix is scheduled to start at 2 p.m. local time. Lights out will likely take place just after 2 p.m. ET. ESPN’s pre-race show typically airs in the hour before the start of the race.

Below is the complete TV schedule for the weekend’s F1 events at the Canadian Grand Prix. All times are Eastern.

For those who do have a cable or satellite subscription but are not in front of a TV, Formula 1 races in 2022 can be streamed live via phones, tablets and other devices on the ESPN app with authentication.

There are 22 scheduled events on the F1 docket for 2022, one race shy of tying the mark for longest F1 calendar.

The season started in Bahrain on March 20 and will end with the customary Abu Dhabi Grand Prix, although a bit earlier than usual, in November. If the schedule stands, this will be the earliest end of the Formula 1 season since it ended on Nov. 4 in 2013.

Returning to the 2022 F1 slate are the Canadian and Japanese Grand Prix, both of which were canceled in 2021 amid fallout from the coronavirus pandemic.

The calendar also holds the maiden voyage for the Miami Grand Prix, the first of two races in the United States in 2022, with the customary United States GP taking place in October.

The Russian Grand Prix, originally scheduled for Sept. 25, was canceled because of the ongoing conflict between Russia and Ukraine.

How to watch Formula 1 in Canada

For fans in Canada, TSN will carry the English-language telecast of races. For those looking for the French broadcast, RDS will have you covered.

How to watch Formula 1 in the United Kingdom

Viewers in the United Kingdom can catch all F1 action on Sky Sports F1, the dedicated F1 channel. For viewers planning to live stream F1 in 2022, you can purchase a Sky Sports Pass on NOW TV.

How to watch Formula 1 in Australia

Fox Sports will carry all races in Australia, with Channel 10 broadcasting the Australian GP.

USWNT vs. Colombia live score, updates, highlights & lineups from international friendly
10 Ways to Look Festive – Not Cheesy – For the Fourth of July
Big Brother Winner Rachel Reilly Would Return on One Condition
How Brittney Griner’s Wife Cherelle Is Tirelessly Supporting Her Through Her Legal Ordeal in Russia
Get $111 Worth of MAC Cosmetics Makeup for Just $45: Last Day for This Deal