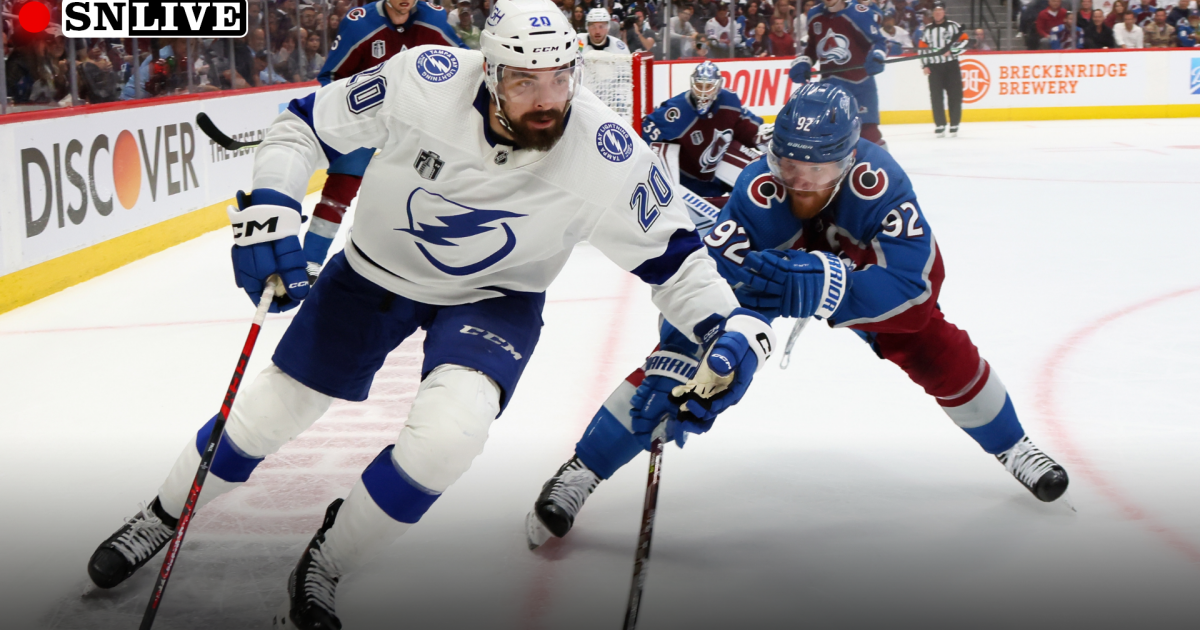 Game 2 of the 2022 Stanley Cup Final is Saturday night. The Avalanche have a chance to take a 2-0 lead in the series over the Lightning.

Andre Burakovsky sent Colorado home happy in Game 1 with his overtime winner, lifting the Avs to a 4-3 victory.

It was the 27-year-old Austrian’s first goal since the first round of the playoffs, and it could not have come at a better time. The tally halted the Lightning’s comeback attempt; Tampa Bay had knotted the score in the second period after falling behind 3-1 in the first.

Colorado improved to 4-1 in overtime games this postseason with the victory. The only loss came in Game 5 of the second-round series vs. the Blues.

The Lightning have lost back-to-back games just once in the last three postseasons. The two defeats in a row came last round against the Rangers, when New York opened the series with a 2-0 lead before Tampa Bay ripped off four in a row. The Lightning are aiming to avoid having to clear that obstacle again.

The Sporting News will provide live updates and highlights from Game 2 of the Stanley Cup Final (all times Eastern).

6:30 p.m.: Nazem Kadri won’t be back for Game 2, but it’s possible that Andrew Cogliano inserts into the Colorado lineup. He had surgery on a finger that he injured during the conference finals and missed Game 1 against Tampa Bay.

Bednar says Cogliano “is possibly an option” for tonight.

Game 2 of the Stanley Cup Final between the Avalanche and the Lightning will be broadcast on ABC in the United States and Sportsnet in Canada.

Tampa Bay and Colorado go head-to-head in Game 2 on Saturday, June 18. Puck drop will be shortly after 8 p.m. ET at Ball Arena in Denver.