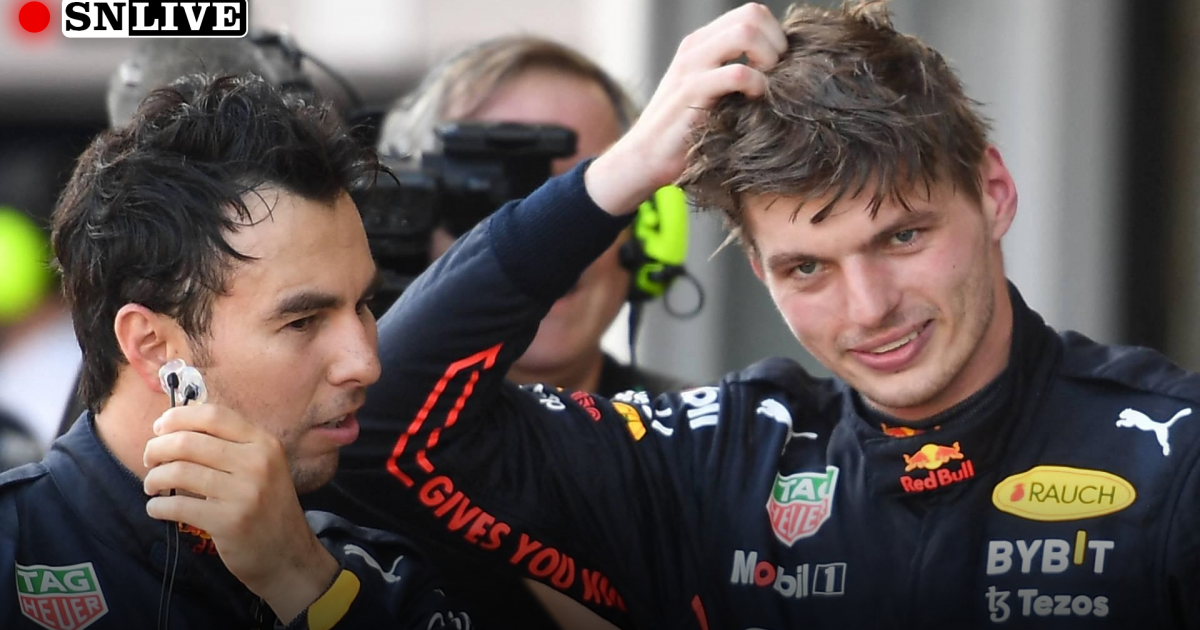 The Formula 1 calendar returns to Canada this weekend after two years away.

Lewis Hamilton was the winner last time in Montreal back in 2019, but, this year, all eyes are once more on Red Bull pair Max Verstappen and Sergio Perez.

Verstappen was fastest during Friday practice, a full second clear of his teammate, although there was some signs of pace from the Ferraris as Charles Leclerc finished less than a 10th of a second behind.

In P3, heavy rain caused some early concern for the teams, and there will be plenty of surface water once qualifying gets underway. Fernando Alonso set the fastest time in impressive fashion given the conditions.

Rain in the air, surface water and plenty of spray too! ☔️#CanadianGP #F1 pic.twitter.com/y74HMl1wE2

Of course, the weather won’t be of much concern to Leclerc, who will have to start from the back of the grid after taking on a new power united. The Monegasque driver was initially handed a 10-place penalty.

The Sporting News brings you all the latest updates, highlights from qualifying for the 2022 Canadian Grand Prix.

All times in ET:

4.08 p.m.: The Turn 4 hairpin is causing big problems already. Verstappen just ran very wide on his first flying lap and teammate Perez took a more cautious approach to inch around the curb. It didn’t serve either of them very well.

George Russell sets the fastest time of the first half of Q1, with 1:34:989, ahead of Pierre Gasly. Lewis Hamilton, who sits seventh, tells his team over the radio: “I can’t see a lot ahead of me.” The spray is like a fog when seen through the cockpit camera.

4 p.m.: Here we go! Q1 is off and running. It’s wet, it’s kinda cold (track temperature is 17 degrees Celsius), and Sergio Perez has already had problems getting out of the pit lane. Stay tuned!

3.40 p.m.: We’re due to get underway in around 20 minutes. This could really be an entertaining session!

Leclerc knows he’ll start from the back of the grid on Sunday whatever happens, so he could well be another interested spectator today.

UPDATE: A new power unit has been fitted to Charles’ car prior to FP3. It is the fourth of the season (only 3 are permitted), therefore Charles takes a further grid penalty. #CanadianGP pic.twitter.com/JD1EnlcAKs

3.15 p.m.: The rain is still falling, so could we see a shock bid for the front row from Alonso? He took pole position here way back in 2006 before going on to win the race for the first time, but that lap earlier today was arguably as good as anything he’s managed at this circuit before.

“Look at us! Who would’ve thought…”

Alonso and Vettel went P1 and P3 in the final practice before quali 👀#CanadianGP #F1 pic.twitter.com/ASn0vwPlUa

2.45 p.m.: We’re not far from getting underway in Montreal. Conditions could make this a very different session to the one most would have anticipated…

2.20 p.m.: Verstappen was ninth-fastest in that final pre-qualifying session and spun off at Turn 2. Thankfully for the world championship leader, his car came to a halt just before the barrier, and he was able to return to the circuit.

Now Verstappen is off at Turn 2!

Max manages to avoid the barriers and gets going again as the clock ticks down on FP3 #CanadianGP #F1 pic.twitter.com/RIFsr72wDK

2.10 p.m.: One man who is not expected to upset the top order this weekend is Lewis Hamilton. He described his Mercedes as “undriveable” after only clocking the 13th fastest time during FP2.

“Nothing we do to this car generally seems to work,” he told Sky Sports. “We are trying different set-ups. Me and George [Russell] went with much different set-ups in this P2 just to see if one way works and one way doesn’t.

“I’ll wait to hear how it felt for him, but for me it was a disaster. It’s like the car is getting worse, it’s getting more and more unhappy the more we do to it.

“We will keep working on it. It is what it is. I think this is the car for the year. We will have to tough it out and work hard on building a better car for next year.”

2 p.m.: Hello, and welcome to The Sporting News’ live coverage of today’s qualifying session for the 2022 Canadian Grand Prix.

Max Verstappen will be favourite to claim P1, while Charles Leclerc will be starting from the back of the grid anyway after taking on that new power unit.

What channel is the F1 race on today?

The ESPN family of networks will broadcast all 2022 F1 races in the United States using Sky Sports’ feed, with select races airing on ABC. You can also stream Formula 1 races live in the U.S. with fuboTV.

ESPN Deportes serves as the exclusive Spanish-language home for all 2022 F1 races in the U.S.

What time does the F1 race start today?

Sunday’s 2022 Canadian Grand Prix is scheduled to start at 2 p.m. local time. Lights out will likely take place just after 2 p.m. ET. ESPN’s pre-race show typically airs in the hour before the start of the race.

Below is the complete TV schedule for the weekend’s F1 events at the Canadian Grand Prix. All times are Eastern.

For those who do have a cable or satellite subscription but are not in front of a TV, Formula 1 races in 2022 can be streamed live via phones, tablets and other devices on the ESPN app with authentication.

There are 22 scheduled events on the F1 docket for 2022, one race shy of tying the mark for longest F1 calendar.

The season started in Bahrain on March 20 and will end with the customary Abu Dhabi Grand Prix, although a bit earlier than usual, in November. If the schedule stands, this will be the earliest end of the Formula 1 season since it ended on Nov. 4 in 2013.

Returning to the 2022 F1 slate are the Canadian and Japanese Grand Prix, both of which were canceled in 2021 amid fallout from the coronavirus pandemic.

The calendar also holds the maiden voyage for the Miami Grand Prix, the first of two races in the United States in 2022, with the customary United States GP taking place in October.

The Russian Grand Prix, originally scheduled for Sept. 25, was canceled because of the ongoing conflict between Russia and Ukraine.

How to watch Formula 1 in Canada

For fans in Canada, TSN will carry the English-language telecast of races. For those looking for the French broadcast, RDS will have you covered.

How to watch Formula 1 in the United Kingdom

Viewers in the United Kingdom can catch all F1 action on Sky Sports F1, the dedicated F1 channel. For viewers planning to live stream F1 in 2022, you can purchase a Sky Sports Pass on NOW TV.

How to watch Formula 1 in Australia

Fox Sports will carry all races in Australia, with Channel 10 broadcasting the Australian GP.