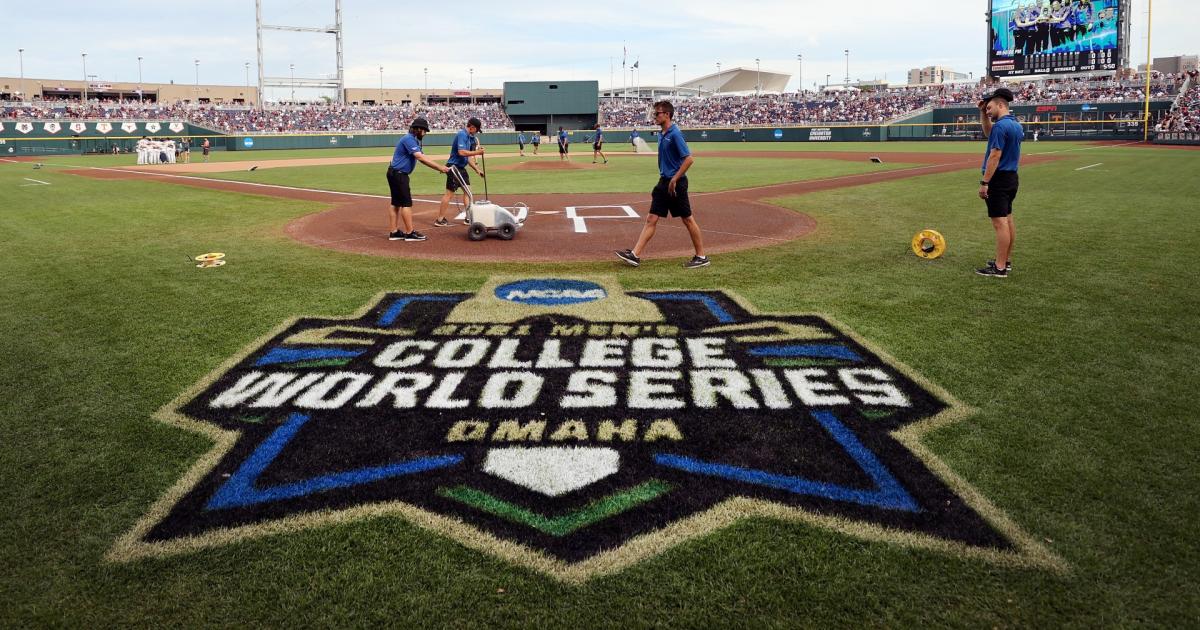 Here’s what to know about the home of the College World Series and its stadium.

Why is the College World Series played in Omaha?

The first three years of the CWS weren’t played in Nebraska. It spent two seasons in Kalamazoo, Michigan and a season in Wichita, Kansas.

The current home can thank former Omaha mayor Johnny Rosenblatt, along with a group called “the founding fathers” in local circles. Rosenblatt spearheaded an effort to build Omaha Municipal Stadium, with the expressed purpose to draw in minor league baseball. Ultimately, however, the CWS being hosted in Wichita led to a pivot.

Rosenblatt and the founding fathers watched the College World Series in Wichita, and saw opportunity. They pitched the CWS to the city, and ultimately drew it in for 1950, where it’s been played ever since.

Was the College World Series in Omaha a success?

Obviously it was… eventually. The CWS wasn’t financially solvent at first for Omaha, and it didn’t turn a profit for 10 of its first 12 years. Eventually, however, the CWS turned itself around. Its success in the early years was driven by attendance and physical ticket books, but now it has prestige and TV attached to it.

In 1964, Omaha Municipal Stadium was renamed Johnny Rosenblatt Stadium, in honor of the person who spearheaded the event’s move to Nebraska. That was three years after Rosenblatt received a lifetime pass to the stadium that would eventually be named after him.

What stadium is the College World Series played in now?

The College World Series is now played in Charles Schwab Field Omaha, which opened in April 2011.

Charles Schwab Field was originally built as TD Ameritrade Park Omaha, but was renamed in 2021 after TD Ameritrade was bought by Charles Schwab. The field seats 24,000 and can hold up to 35,000. The Creighton Blue Jays also play in the stadium, while the Storm Chasers now play in Werner Park.

Charles Schwab Field Omaha has also hosted an MLB game, as the Royals played the Tigers in 2019 for a one-off matchup.

What are the dimensions of Charles Schwab Field Omaha?

Here is what the dimensions of the home of the College World Series look like:

It’s a classic diamond design, symmetrical along the wall. This makes sense: You’d want the field to be as neutral as possible in an event like the CWS.

How much does the College World Series make for Omaha?

The CWS isn’t the ridiculously profitable venture one might expect. According to ProPublica, it makes an average of a little over $564,000 per year. Around 90 percent of its income consistently comes in from program services.

The economic impact, however, is significant. Research done in 2019 found that the CWS contributed to $6.5 million in wages for local bars, restaurants, and other service industries.

The CWS is a massively popular event locally, and it has become part of the identity of Omaha.

How long will the CWS be played in Omaha?

The true answer is “indefinitely,” but there is a contract that stipulates an end date.

Tradition runs deep between Omaha and the CWS, however. It doesn’t seem like a bond that’s going to be broken any time in the foreseeable future.

Star Trek: Strange New Worlds’ Melissa Navia Shares About Ortegas, the Value of Humor, and What the Future Holds
I Love That For You – Season 1 – Open Discussion + Poll *Updated 19th June 2022*
All Rise Season 3 Episode 3 Review: Give It Time
How Priscilla Presley’s Wedding Dress Was Remade For the New “Elvis” Movie
Erika Jayne’s Drunken Moments From RHOBH’s Latest Episode, Ranked