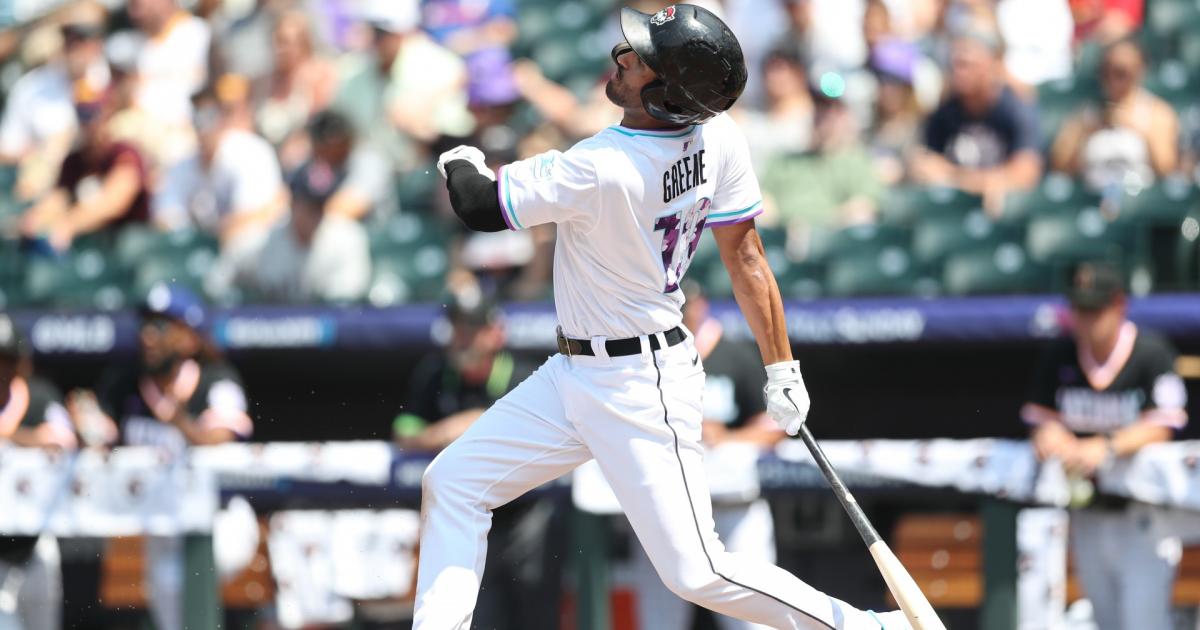 The Tigers offense has been, in a word, horrendous. It’s 27th in MLB in batting average and dead last in runs scored and home runs

Miguel Cabrera, who is a net negative on the basepaths, is the only batter with more than 150 plate appearances batting over .257. Just nine of his 58 hits have been for extra bases.

It looks bleak for Detroit. But it’s getting reinforcements Saturday in the form of top outfield prospect Riley Greene, who was meant to have an opportunity to open the season on the Tigers alongside Spencer Torkelson. A fractured foot hindered his ability to do so; now, two months later, he’s going to get his shot.

“We would love for him to come up and be an immediate spark,” Tigers manager A.J. Hinch said Friday, per the Detroit Free Press. “I do think it’s going to bring energy to the clubhouse. Everybody’s been anticipating his arrival, and I’ve never seen a club be more impacted by a young player’s injury than when Riley got hurt.”

What are Riley Greene’s stats?

“I think the wish and the hope for guys is that they’re dominating and they’re tearing up a league that makes it obvious when a time should come when he gets called up,” Hinch said, per MLB.com. “I think he’s competing fine. He’s swinging the bat very well. He’s commanding the zone. He’s running the bases.”

Why is Riley Greene making his debut now?

The decision to play Greene now is very much ahead of schedule. It was a response to outfielder Austin Meadows being placed on the COVID-19 list, thus opening an outfield roster spot for Greene. The Tigers have struggled to find an outfield configuration that works for them this season, so Greene will look to make an immediate impact.

“It was kind of a matter of days until he was going to be called up,” Hinch said. “So it lines up. Unfortunately, we lose Austin in the process. But what a journey for Riley to get the call.”

What was Riley Greene’s injury?

Greene fractured his foot when he drove a ball into it on April 1, prior to MLB Opening Day.

“I thought I felt pretty good, was feeling good up at the plate, and then something like that happens,” Greene said last week, per The Athletic.

Drafted fifth overall in 2019 by the Tigers (a draft that saw Adley Rutschman and Bobby Witt Jr. go No. 1 and No. 2), Greene immediately flashed his talent in the Gulf Coast League. He batted .351 and had an OPS over 1, before batting nearly .300 in Low-A ball with Connecticut. 2020 hampered his progress, but he was extremely impressive with Toledo in 2021.

What to expect from Riley Greene?

A left-handed bat, Greene will join fellow rookies Torkelson and Kody Clemens in the Tigers’ lineup on Saturday. He will bat sixth against Texas.

The Tigers are looking to inject a bit of desperately needed power into the lineup with Greene, who hit 24 home runs at the Triple A level last year. While it will take some time to adjust to Major League pitching, Greene does see the ball well and knows when to pinch or expand his strike zone. As with any hitter who hits for power at lower levels, however, expect to see some strikeouts early as he figures things out.

Greene’s baserunning is also incredibly impressive: He stole 16 bases on 17 attempts last year, so third base coach Ramon Santiago may put him in motion early to help the Tigers’ league-low 0.19 stolen bases per game.

Ultimately, the Tigers will seek Julio Rodríguez-esque production out of Greene. That will be a tall order to fill, but they clearly believe he’s ready to take the next step, even if Meadows’ absence did expedite his call-up.

Greene will start at centerfield for the Tigers in his first game, with Rony Garcia taking the mound for Detroit.