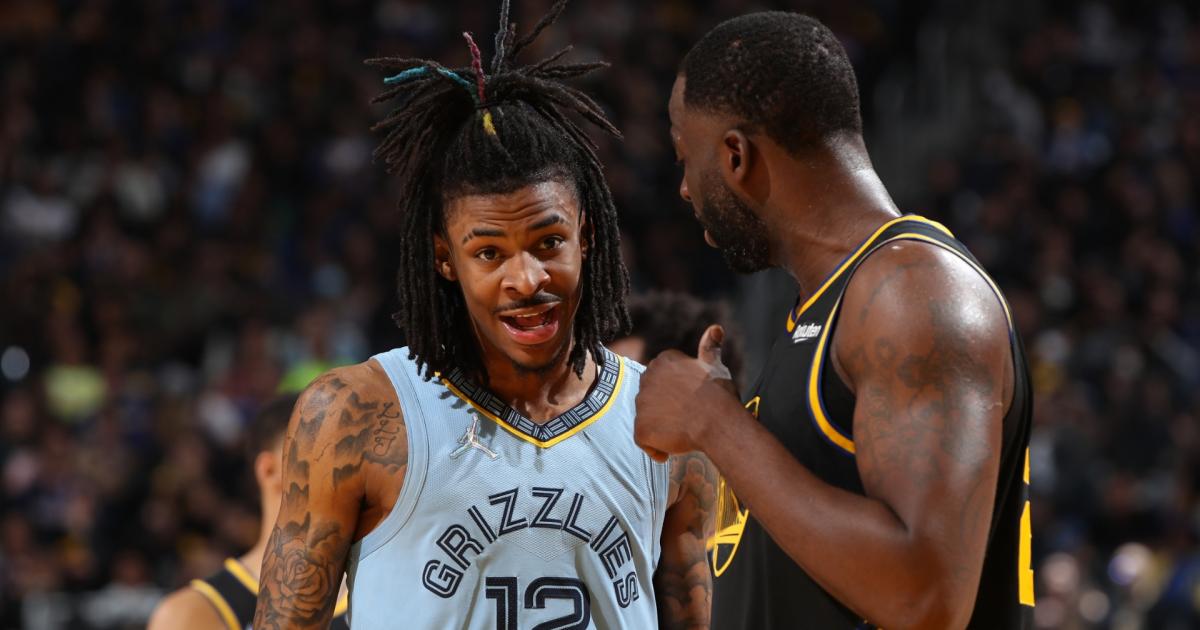 If you come at Draymond Green, you best not miss.

After Golden State defeated Boston in Game 6 of the 2022 NBA Finals to win its fourth title in eight seasons, Green wasted no time trolling Jaylen Brown and the Celtics. Now, he’s getting into a back-and-forth with Grizzlies star Ja Morant.

If you missed it, Klay Thompson called out the Grizzlies’ Jaren Jackson Jr. after the Warriors won the title for tweeting “Strength in numbers” back on March 29, 2022, the day after Memphis defeated Golden State by 28 points in the final meeting of the regular season between the two teams.

Morant caught wind of Thompson’s rant and responded with a simple message.

Of course, it didn’t take long for Morant’s tweet to come across the timeline of Green, who has been quite active on social media the last few days.

How did Green respond?

We traded that real estate in @JaMorant the property value was higher in Boston https://t.co/X7Du6zSiZF

Morant also responded to a tweet saying that a Warriors-Grizzlies matchup on Christmas Day is “all but guaranteed at this point,” calling for it to be played in Memphis.

You’ll be shocked to hear that Green disagreed about where the location of the game should be. And for what it’s worth, Morant didn’t back down.

Lastly, Green shared a GIF of Morant counting up to four, which, you know, is how many championships this Warriors core now has together.

MORE: What Tatum and Brown can learn from Durant and Westbrook

There’s never a dull day in the NBA, is there?

Who is Matthew Potts? The unlikely rise of England’s new fast bowling Test match star
Jussie Smollett Makes Rare Appearance at the 2022 BET Awards
Watch In The Dark Online: Season 4 Episode 4
Is Serena Williams playing at Wimbledon 2022? Schedule, next match for tennis great
John Wall agrees to buyout with Rockets: Why superstar will sign with Clippers, not Lakers, as a free agent