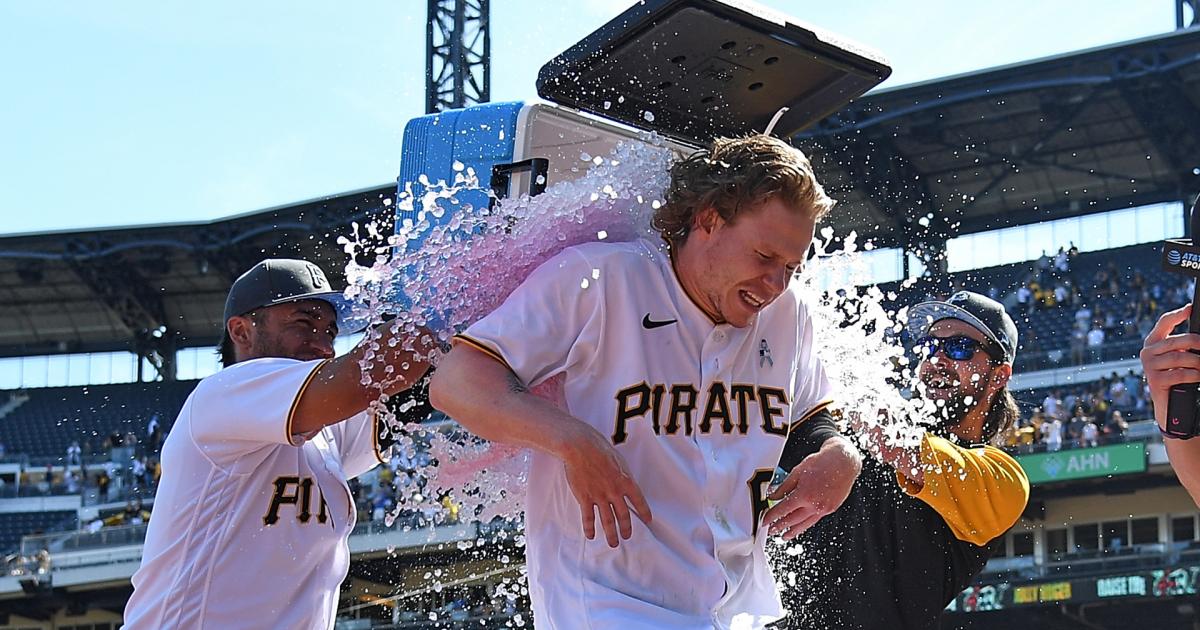 Jack Suwinski gave his dad the best Father’s Day gift — in fact, he gave him three.

It’s only fitting that Suwinski son’d the Giants’ pitching staff on Father’s Day: The Pirates rookie outfielder mashed three home runs in Pittsburgh’s 4-3 win over San Francisco, with the third dinger deciding the game for the Buccos.

Jack Suwinski walks it off with his THIRD home run of the day! pic.twitter.com/6iWdZl8WW3

Speaking with reporters following his performance, Suwinski let reporters know how cool of a moment it was.

#Pirates outfielder Jack Suwinski hit 3 home runs, including a walk-off while his dad was in the stands taking in the Father’s Day ballgame. He spoke to the media, including our own @ChrisHalicke afterwards: pic.twitter.com/vSBhQLwlhM

“It’s just unbelievable,” Suwinski said of hitting the dingers with his pops at the game. “I mean, especially to do it on Father’s Day, to do it with my dad here, I know it means a lot to him and it means a lot to me. The amount that he’s done for me, always been there. Just being able to share that, knowing he’s here, it’s awesome. It’s hard to describe.”

Suwinski’s bat has come alive after a rough start as the 23-year-old made the jump from Double-A to the majors this year. In 15 June games prior to Sunday’s matchup, the outfielder hit .271 with three home runs and an .840 OPS. Not bad work for a rookie.

His three home runs Sunday traveled a total distance of 1,149 feet. You may not be able to wrap them, but that’s still a heck of a gift.