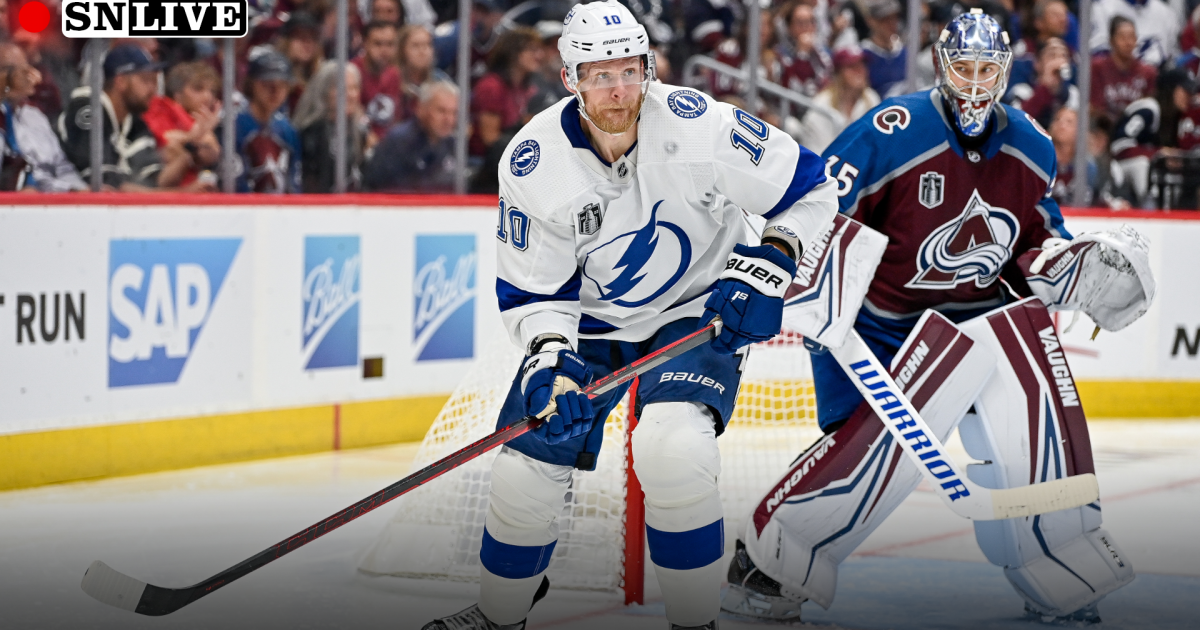 After a dominant showing by the Avalanche in Game 2, the Stanley Cup Final shifts to Tampa Bay, as the Lightning and Avalanche get set for Game 3 tonight.

Colorado holds a 2-0 lead in the series. After a 4-3 overtime win in Game 1, the Avs played a near perfect game on Saturday night, putting up a touchdown in the 7-0 win over the Lightning.

Valeri Nichushkin and Cale Makar each had two goals, Mikko Rantanen registered three assists and Andre Burakovsky, Andrew Cogliano and Alex Newhook all had multi-point efforts. Burakovksy, Darren Helm and Josh Manson were the other three goal scorers as Darcy Kuemper stopped all 16 shots he faced in the victory.

Now the Lightning have their backs nearly up against the wall. It’s not unfamiliar territory, as Tampa Bay fell behind 0-2 to the New York Rangers in the Eastern Conference Final before rattling off four straight wins. However, it’s fair to say the Avalanche are a much superior team to the Rangers and winning four games out of five is no easy task.

“We’re not in a do-or-die situation right now,” Lightning forward Pat Maroon said before Game 3. “But let’s go out and find our best game now. They haven’t seen our best yet.”

While it’s not technically a “must-win”, a loss tonight puts them down 0-3 in the series. There has only been one time in NHL history that a team has come back from down three games in the finals to win the Cup and that was the 1942 Maple Leafs.

The Sporting News will provide live updates and highlights from Game 3 of the Stanley Cup Final (all times Eastern).

7:00 p.m.: Andre Burakovsky is not in Tampa Bay. Coach Jared Bednar considers him “day-to-day”, in addition to Nazem Kadri. Burakovsky left Game 2 after getting hit in the hand with a puck. For the Lightning, Brayden Point is a game-time decision. He played in the previous two games, but did participate in morning skate.

#Avs HC Jared Bednar says F Andre Burakovsky and C Nazem Kadri are day-to-day. Will see if Nicolas Aube-Kubel draws back into Game 3 vs #TBLightning Burakovsky has not arrived on the scene yet. Bednar didn’t rule him out but he’s not expected to play.

Game 3 of the Stanley Cup Final between the Avalanche and the Lightning will be broadcast on ABC in the United States and Sportsnet in Canada.

Tampa Bay and Colorado go head-to-head in Game 3 on Monday, June 20. Puck drop will be shortly after 8 p.m. ET at Amalie Arena in Tampa, Fla.