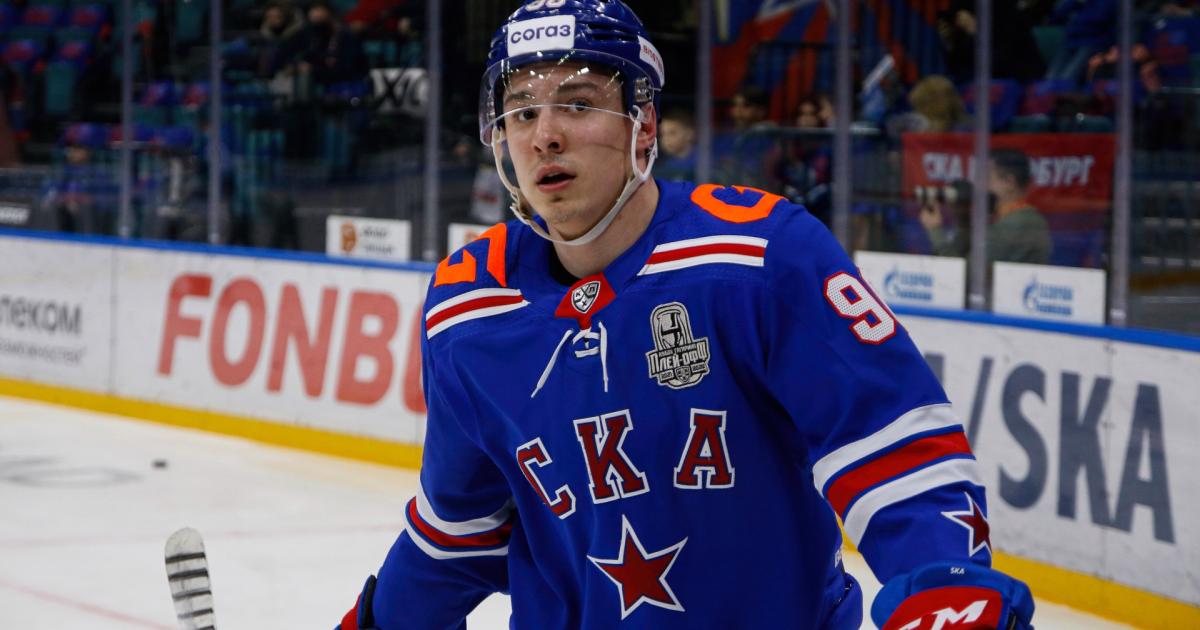 The NHL is adding another KHL stud, as Andrei Kuzmenko announced on his Instagram that he’s signing with the Canucks.

The Russian forward was the biggest free agent name not currently playing in the NHL. A number of other teams were reportedly interested in Kuzmenko, including the Golden Knights and the Oilers, but ultimately the Canucks won the sweepstakes.

After spending the entirety of his career in Russia, Kuzmenko elected to test the free agent waters this summer. He also picked the brains of NHL front offices in 2018, but elected to stay in the KHL. Now, he joins a list of KHLers-turned-NHLers as he signs with the Canucks.

The 26-year-old joins a Vancouver team that underwhelmed this season, finishing with a record of 40-30-12, ending in fifth in the Pacific Division.

Here is what you need to know about Kuzmenko.

The contract details have yet to be worked out, per Kuzmenko’s agent Dan Milstein.

Early reports are that it will be a one-year, entry-level deal for Kuzmenko. According to the Canucks’ press release, he will eligible to sign a deal on July 13.

Kuzmenko was born in Yakutsk, playing his youth hockey with Belye Medvedi Moskva. He joined the MHL, Russia’s top junior league, in 2012, spending two seasons with Krasnaya Armiya Moskva before getting a crack in the KHL with CKA Moscow.

As a late bloomer, Kuzmenko never received serious interest from NHL teams when it came to the draft.  As a result, he carved out his career in his home country.

After bouncing between the MHL, KHL and VHL, the lower-tier professional league in Russia, Kuzmenko finally solidified a spot in the KHL in 2018-19 with SKA St. Petersburg. In 209 career games with the club, the talented winger recorded 64 goals and 90 assists, totaling 154 points.

During the entirety of his KHL career, which spanned parts of eight seasons, Kuzmenko skated in 315 contests, recording 200 points.

Kuzmenko’s tool box is highlighted by his speed and skill. He has an elite ability to dance through defenders while maintaining control of the puck.

We’ve seen many failed Kuzmenko-like attempts to transition over to the NHL. Oh well.

At the cheap cost of an ELC, #Canucks take this *upside* all day. pic.twitter.com/IgSMcglHQC

He also has an above-average shot, which helps pair with his speed and hands.

One of the things that Kuzmenko was looking for when choosing a team was an opportunity to play in the top-six. Given his playmaking ability, the Canucks certainly have some options that he can be paired with, including elite centerman Elias Pettersson or up-and-coming fellow Russian Vasily Podkolzin.

KHL stars are hard to get a read on. Artemi Panarin broke out to be a star in the NHL after a successful upbringing in Russia’s professional league. But then there are others like Vadim Shipachyov, who played just three games in the NHL before heading back to his home country.

He won’t produce nearly as close to the level as Panarin, but he should stick it out and find a role in the middle-six in Vancouver.

The 2021-22 campaign was Kuzmenko’s fourth with SKA St. Petersburg. He had a breakout year with the club, recording new career highs in goals (20), assists (33) and points (53). He led his team in points and assists, while finishing second in goals.

The Russian also added 14 points in 16 playoff games with SKA St. Petersburg. The team made it to the conference finals before falling to CSKA Moscow, the eventual league champion.