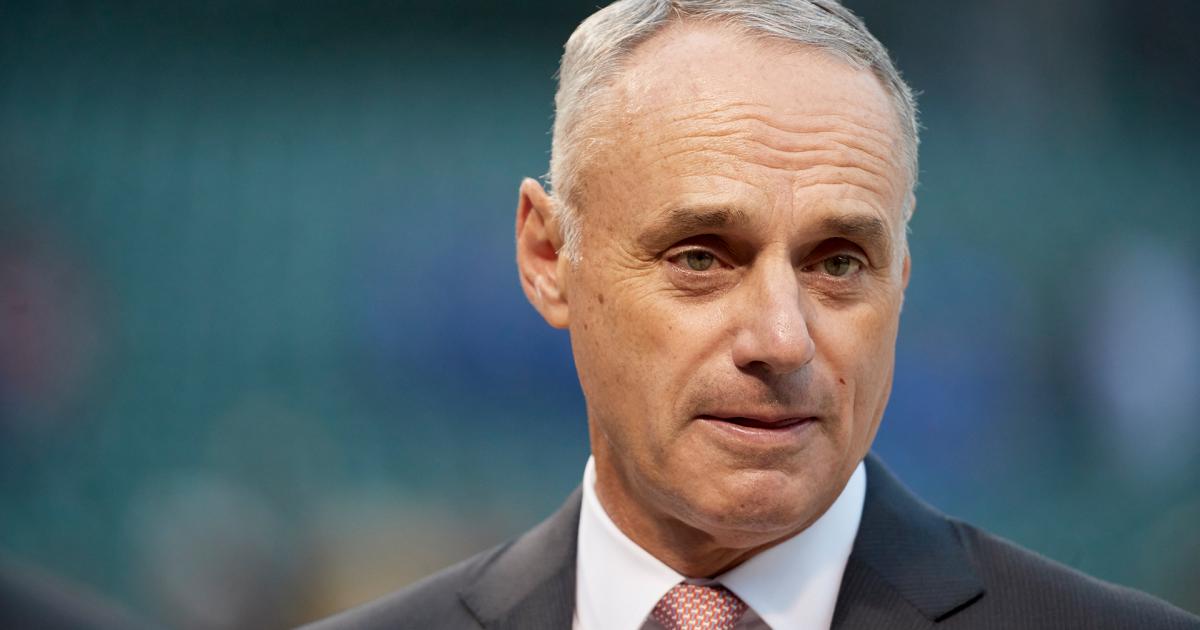 The clock is ticking in Oakland and Tampa Bay as the Athletics and Rays continue to try figuring out their stadium situations. RingCentral Coliseum and Tropicana Field are in dire straits, and both the A’s and Rays are in the bottom four of baseball in attendance in 2022 (Oakland is dead last).

According to MLB commissioner Rob Manfred, both teams need to figure it out soon, although how soon remains the prevailing question.

MORE: Why umps in Yankees-Rays took 16 minutes to rule on a pitching change

Both franchises are flirting with different markets. The Athletics are courting Las Vegas while simultaneously pushing for a waterfront park and other development at Oakland’s Howard Terminal. The Rays proposed splitting home games between Tampa and Montreal, an idea MLB shot down in January.

While Manfred expressed confidence last week in the direction the Athletics are moving, he was a bit sterner with the Rays.

What did Rob Manfred say about the Athletics?

Manfred was bullish on the progress the A’s are making as they continue to divide their planning between Howard Terminal and Las Vegas.

“There is really significant activity in Oakland,” he said at the most recent MLB owners meetings, per The Athletic. “The political process has moved along significantly. I met with (Oakland) Mayor (Libby) Schaaf last week. She has done a really good job at moving the process forward in Oakland. But as you all know, California political processes are their own sort of animal. There’s work to do on the Oakland side.”

With the politics in mind, Manfred gave his endorsement of the Athletics following the Raiders to Nevada.

“I think the A’s prudently have continued to pursue the Las Vegas alternative,” he said. “We like Las Vegas as a market. Again, it’s in the same category as Tampa Bay. We need a solution in both of those markets, and the time has come for that solution.”

What did Rob Manfred say about the Rays?

Manfred sounded a bit less patient with the situation in Tampa-St. Petersburg.

“I think there is urgency with respect to Tampa,” he said. “I’ve said this before, I’m going to say it again: There needs to be a resolution in the Tampa Bay region for the Rays. Obviously, the end of that lease is a hard deadline.”

The Rays’ lease at Tropicana Field runs out after the 2027 season.

“So we are getting to the point where wherever it is in the region that has an interest in having 162 baseball games, they need to get to it, get with the club — I know the Rays are anxious to get something done — and see if a deal can be made,” Manfred added, per ABC News.

He also didn’t rule out relocation.

“Right now, I’m focused on Tampa,” he said, clarifying that he meant the region and emphasizing right now. “I think a great man once said, ‘All good things must end at some point.’ But right now we’re focused on Tampa.”

What is the attendance at RingCentral Coliseum and Tropicana Field?

The Rays were 26th in baseball in attendance as of June 19, according to Baseball Reference, averaging 13,740 fans per game. The Athletics were dead last at 8,382 per game. They’re the only team under 10,000 per game.

How does MLB’s stance on Las Vegas differ from its stance on Montreal?

MLB appears to be ready to allow the Athletics to move to Las Vegas if given the opportunity, so why was the proposed Tampa-Montreal split shot down?

In essence, the city of St. Petersburg — where Tropicana Field is located — didn’t want the Rays splitting time between Canada and Florida during the season. When the split was first proposed by Rays ownership, MLB appeared to be on board. In fact, Manfred said this in February 2020, per The Tampa Bay Times:

“I am 100 percent convinced and, more importantly, the other owners have been convinced by [Rays owner Stuart Sternberg], that this is best way to keep Major League Baseball in Tampa Bay.”

St. Petersburg did not agree, however, and the logistics of the two-city arrangement made it so that MLB had to strike the plan down.

The move to Las Vegas, however, would be different, because it would be a clean break from Oakland. Las Vegas has proven to be a lucrative pro sports market, with the NHL finding success there in the Golden Knights and the NFL reaping benefits from the Raiders. It seems like a natural step for the Athletics, as the Howard Terminal project has had roadblock after roadblock thrown up in front of it.