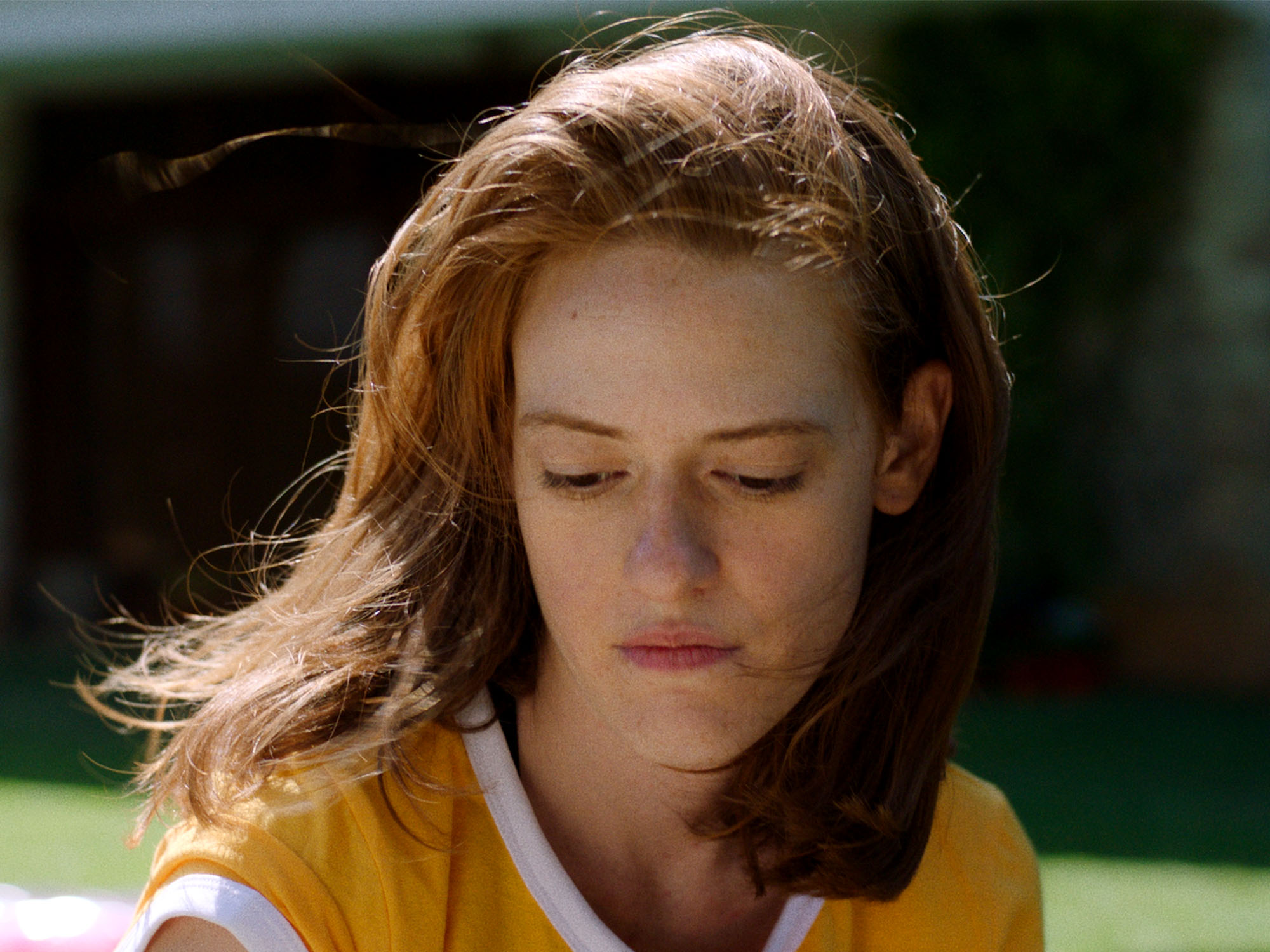 An emotionally estranged relationship between a young woman and her father makes for a fairly simple premise, yet one that assumes a distinctive and heartfelt tenderness when filtered through the lens of filmmaker Jacqueline Lentzou. Hers is a cinematic language of delicate minimalism, of finding poetry within pockets of the mundane, and the beauty of her debut feature is sustained in the details of its stunning 35mm visuals.

Sofia Kokkali gives a phenomenal performance as Artemis, a young woman who tentatively returns to her childhood home as she finds out that her father Paris (Lazaros Georgakopoulos) has been diagnosed with MS after suffering a severe stroke. Through the act of caregiving, the intricate Gordian knot that manifested in Artemis’ childhood begins to unravel, kickstarting a subtle process of reconciliation between parent and child.

The titular moon makes multiple appearances within the corroded VHS footage that punctuates the narrative, guided by the reflective tone of Artemis’ journal entries. Paired with artful shots of Tarot cards that cut through the film, these astrological framing devices lend the film an ornate, scrapbook-like structure.

Unfortunately, this is a path that neuters the payoff and compromises some emotional impact. Lentzou is certainly onto a winning formula, but it’s Kokkali and Georgakopoulos’ superb performances that ultimately make up for Moon’s shortcomings.

Lentzou’s short film The End of Suffering was exquisite, so really hyped for her debut feature.

Much visual poetry bolstered by some fantastic performances.

Alas, the moon didn’t get to ask any questions…

In The Dark Season 4 Episode 3 Review: If Books Could Kill
Should Nazem Kadri’s overtime goal have counted? Lightning lament NHL’s ‘judgment call’ after Avalanche had too many men on the ice
Richie Shazam on Pride, Found Families, and the Power of Truth-Telling
Who has won the most Wimbledon titles? Men’s and women’s champions ranking in Open Era and all time
Breakers vs. Stallions live score, updates, highlights from 2022 USFL playoff game