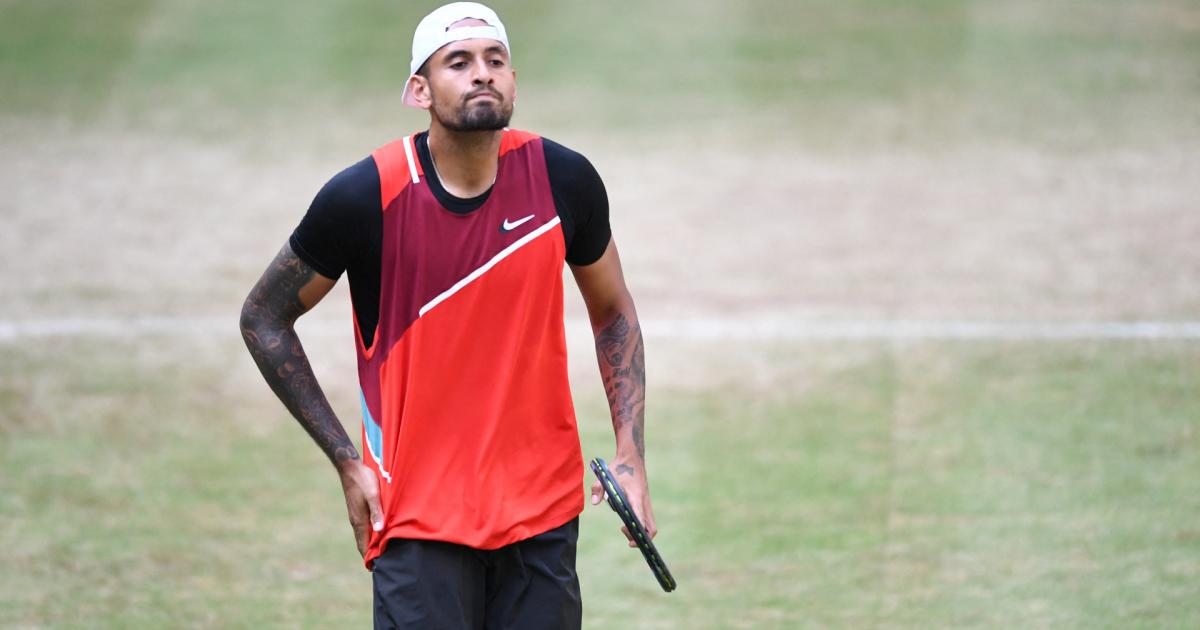 Nick Kyrgios has been forced to withdraw from the ATP Mallorca 250 with an injury less than a week before the start of Wimbledon.

The Australian was set to face Spanish fifth seed Roberto Bautista-Agut on Wednesday in the round-of-16 at the grass court event but withdrew a few hours before it was scheduled to begin with an abdominal issue.

Kyrgios revealed he has been advised to not play any more matches ahead of  Wimbledon – which commences on June 27 –  after waking up with pain in his abdominal region.

“I’m really sorry I’m going to have to withdraw from tonight’s match here in Mallorca,” Kyrgios said in a statement.

“I have been playing a lot of great matches lately and unfortunately I woke up with a pain in my abs.

“I went to see the tournament doctor right away and he advised that I don’t play tonight.

“I really value the Mallorca Championships but I will follow his advice as I don’t want to risk Wimbledon next week.”

🇦🇺 @NickKyrgios has withdrawn from the #MallorcaChampionships due to an abdominal injury; 🇪🇸@BautistaAgut progresses to the quarters.

After a great performance in Stuttgart and a good start in Mallorca, we hope you are able to recover in time for @Wimbledon! 💪 pic.twitter.com/ANOI942BjA

Kyrgios has been in excellent form during the grass court season, with the 27-year-old looking like a possible contender for the title at Wimbledon.

He reached the semi-finals of both Stuttgart and Halle, where he was beaten by Andy Murray and Hubert Hurkacz respectively, while he had got through the opening round in Mallorca with a hard-fought three-set win against Laslo Djere.

Despite his scintillating form on grass, Kyrgios is currently ranked 45th and won’t be seeded at Wimbledon.

The Aussie star reached the quarter-final at the All England Lawn and Tennis Club as a 19-year-old on his tournament debut in 2014, defeating Rafael Nadal in the fourth round but ultimately falling short against Milos Raonic in the last eight.