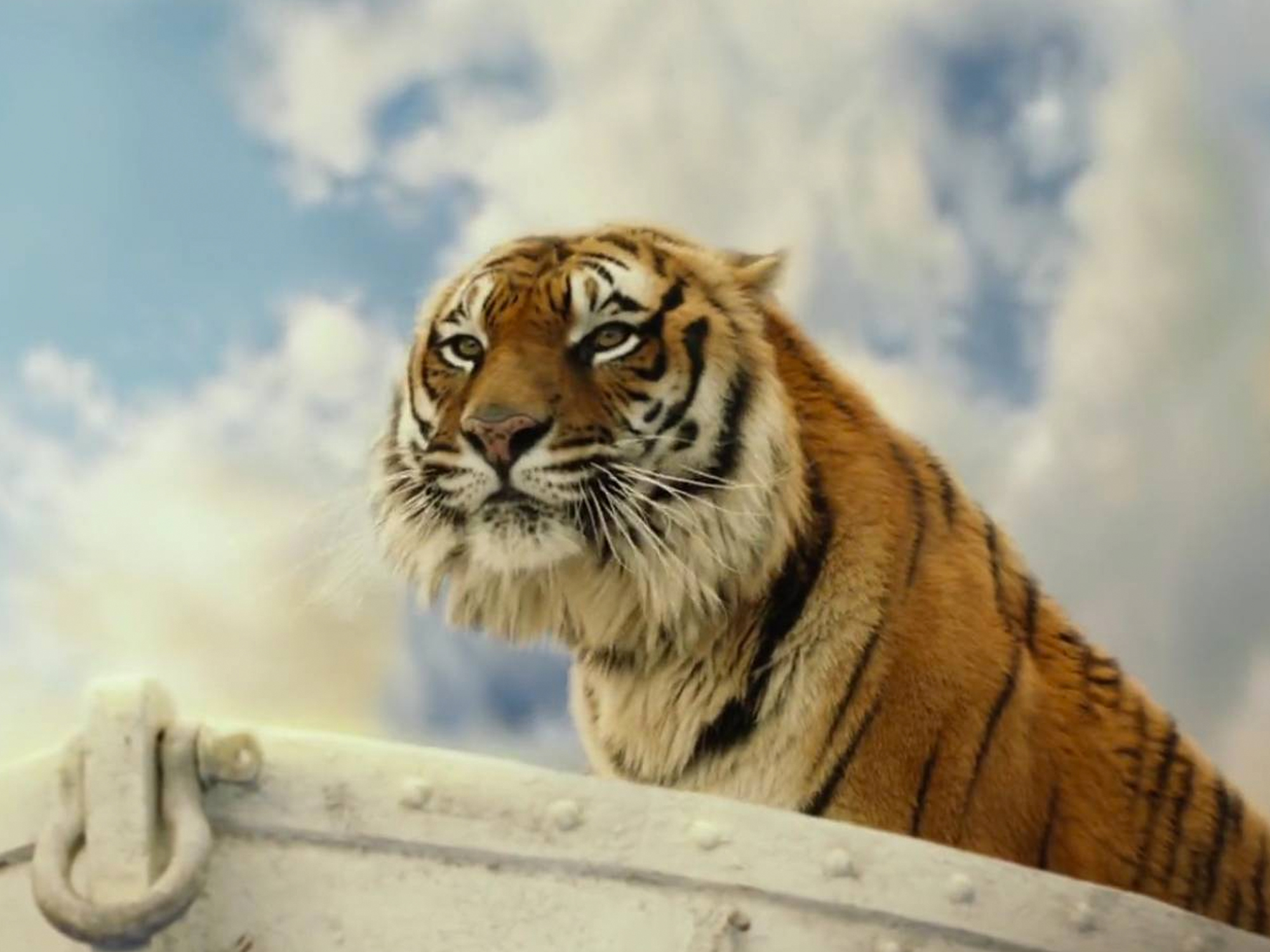 Killing or hurting an animal on-screen is a surefire way to catalyse an emotional response from a film’s audience, be it sadness or anger, dismay or shock. Some animated films – Bambi and The Lion King spring to mind – contain animal death scenes so harrowing that only the hardiest of souls could refrain from eliciting a sob, but at least the viewer can find comfort in being fully aware that, despite the horror, no real animal had to suffer.

The same is not true in live-action cinema. When animals die on-screen – think law-abiding pooch Hooch in Turner & Hooch or faithful steed Artax in The Neverending Story – the death can be so convincing that viewers understandably could be left contemplating the animal’s true fate.

Enter American Humane, creators of the reassuring “No Animals Were Harmed” certification, which routinely appears in movies’ credit sequences. Created in 1940 as part of American Humane’s desire to keep a diligent eye on filmmakers and ensure they don’t treat animals as disposable props, the certification is, according to the organisation, awarded to productions that meet its “rigorous standard of care.” American Humane says it has spent the last 80 years working to improve working conditions for animals in film, with staff spending extensive periods on film sets to keep tabs on operational methods. They have also produced extensive guidelines ​​for filmmakers to follow.

Given Hollywood’s pretty grim history of horrible animal welfare practices, having some form of animal-loving presence on film sets is certainly welcome. One infamous example of lax safety and care for animals in filmmaking occurred during the making of Henry King’s 1939 western Jesse James, when a horse was compelled to jump off a 70-foot cliff for one scene’s dramatic conclusion. Reports of how the animal died vary – some say it drowned, others suggest it was killed by the fall – but regardless, the fact the film’s crew was happy to sacrifice an animal in pursuit of cinematic spectacle is distressing.

Jesse James is far from the only culprit of animal cruelty on set – the list is as extensive as it is shocking. During the filming of the 1925 classic Ben-Hur: A Tale of the Christ, as many as 100 horses reportedly died in a variety of ghastly ways; to film Oldboy’s iconic octopus-eating scene, it is thought that four octopi were consumed while still alive; the team behind Heaven’s Gate, the 1980 box office flop that has since become a cult classic, was roundly slammed for blowing up a horse with dynamite and beheading a host of chickens; while 2017’s opinion-splitting Pirates of the Caribbean: Salazar’s Revenge felt the wrath of PETA after star Kaya Scodelario admitted she found it “hilarious” that a monkey was so ill during filming it vomited numerous times on set.

Countless animals have drowned, been crushed, suffered horrific physical abuse or been tortured on films sets throughout the years, incidents which are at once depressing, disturbing and, one would think, entirely needless. In theory, American Humane should prevent incidents of animal cruelty occurring, but unfortunately, its on-set presence isn’t always a guarantee that non-human performers will be treated well. What’s more, some films have been granted the “No Animals Were Harmed” badge despite their animal stars very much suffering harm.

In 2013, The Hollywood Reporter published a damning article in the wake of a comprehensive investigation into on-set animal safety, and suggested that some American Humane employees downplayed the poor treatment of animals in their reports. Indeed, it accused American Humane – then known as American Humane Association (AMA) – of turning “a blind eye” to animal injury and death.

The Reporter alleged that numerous high-profile films, including Life of Pi (a tiger almost drowned during filming), The Hobbit: An Unexpected Journey (27 animals, including sheep and goats, reportedly died of dehydration, exhaustion or drowning), Pirates of the Caribbean: The Curse of the Black Pearl (fish and other marine animals were killed by in-water explosion effects), and 2011’s Zookeeper (an elderly giraffe passed away), were granted permission to say that “No Animals Were Harmed” during production, despite evidence and anecdote appearing to point to the contrary.

American Humane has always rejected claims of negligence. In response to The Hollywood Reporter’s now-infamous story it issued a press release stating the piece “distorts the work and record of a respected nonprofit organization that has kept millions of beloved animal actors safe on film and television sets around the world for more than 70 years” while claiming it ultimately “paints a picture that is completely unrecognizable to us or anyone who knows American Humane Association’s work.”

American Humane’s press release also raised another issue that has become increasingly pertinent in recent years due to the climate crisis and rise of veganism: why are only animal “actors” deemed worthy of protection? What about the chickens killed so as to be served in the cafeteria? Or the cows that died so a character can sport a leather jacket? Why are the lives of some animals prioritised over others? 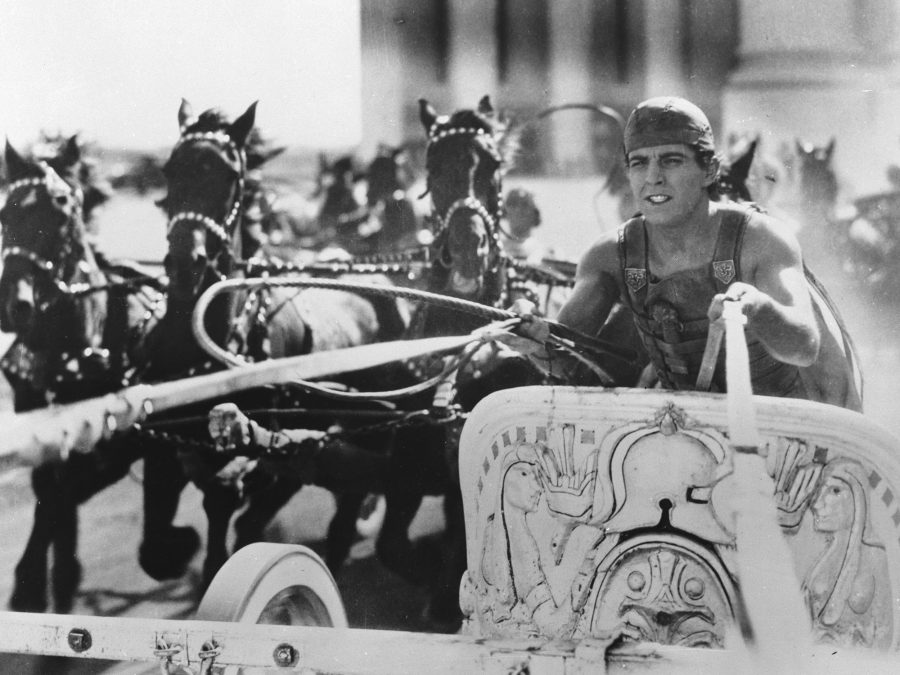 This is something recently raised by animal welfare advocate Alex O’Connor – better known as Cosmic Skeptic – via his Instagram Stories. He suggested it is illogical for a film to boast about its “no harm” credentials if animals of any kind were harmed along the way. Given the number of people going vegan is on the rise, growing from 600,000 in the UK in 2019 to around 1.5 million in 2020, this is undoubtedly a point of view others are either on the cusp of adopting, or have already adopted.

What’s the solution? Should American Humane alter its guidelines so as to incorporate more elements of the filmmaking process? Or – as The Hollywood Reporter seems to have suggested – is the organisation so inept that, regardless of its guidelines, films will continue to be given the sought-after stamp of approval even if they don’t follow the rules?

Perhaps it’s time for animals to place their faith elsewhere. One pioneering filmmaker – someone who has built his career on being ahead of the curve – has already made moves to create more animal-friendly filming environments. James Cameron of The Terminator, Titanic and Avatar fame, who adopted a plant-based diet in 2012, made the bold step to only serve vegan food during the production of the Avatar sequels, saying he wanted to make all elements of his films greener and more sustainable. It could be argued that Cameron’s approach has more to do with protecting the environment than the rights of animals, but regardless of the motivation, the outcome is undeniably positive.

Whether Cameron will influence on-site catering etiquette – and ultimately encourage other improvements in animal welfare – in the same way he re-defined film’s use of CGI is yet to be seen, but for animal safety advocates, he’s certainly taking film in a more progressive, compassionate direction.

Cameron isn’t alone. Vegan animal activist Joaquin Phoenix has produced several documentaries on animal rights, Anne Hathaway had an animal-free costume specially made when she played Fantine in Les Misérables, and Betty White’s status as Hollywood royalty was only strengthened after it emerged she has turned down roles if the script indicated animal abuse might occur. With animals unable to speak up for or protect themselves, film stars certainly have a part to play when it comes to ensuring on-set animal safety.

Of course, given CGI’s ability to replicate animals digitally, it could well be the case that future filmmakers won’t require the use of animal actors at all. In 2020 The Hollywood Reporter wrote a feature in the wake of the retirement of Eli, Hollywood’s last chimp actor, which highlighted that due to growing pressure from animal rights campaigners, as well as the emergence of increasingly powerful CGI technology, on-set animals could eventually be a thing of the past. For animal lovers the world over, the sooner that day arrives, the better.