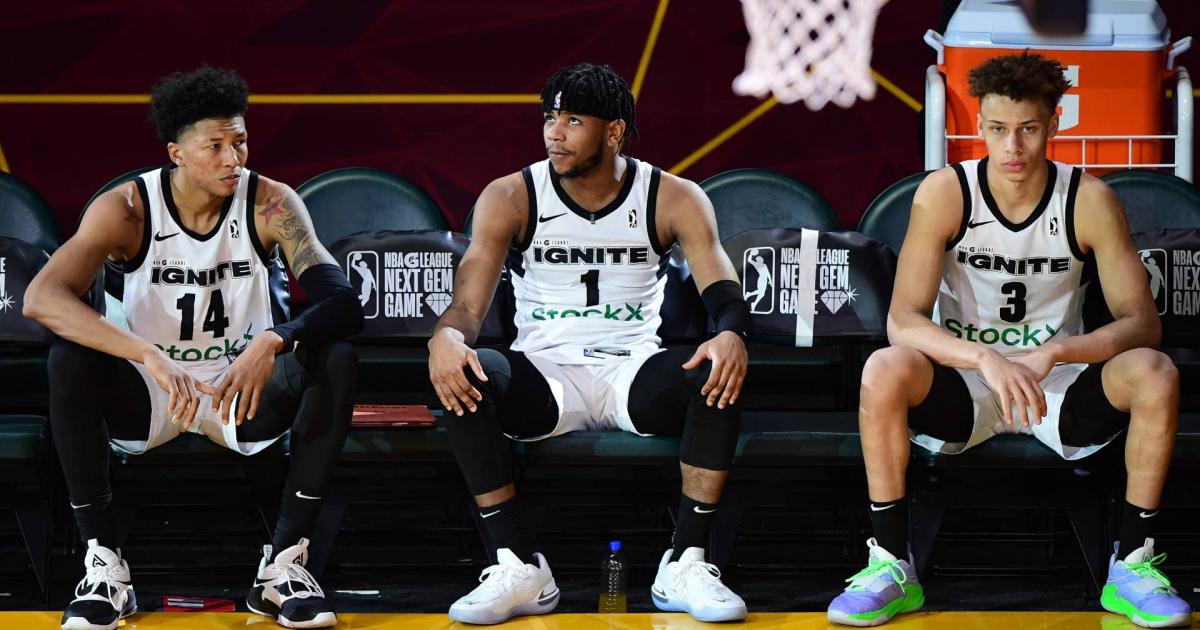 For the second straight year, multiple prospects from G League Ignite will hear their names called during the NBA Draft.

After the 2021 NBA Draft marked the inaugural class of Ignite prospects to realize their NBA dreams, 2022 will see Dyson Daniels, MarJon Beauchamp, Jaden Hardy and Michael Foster Jr. hear their names called after spending the 2021-22 season sharpening their skills in the G League.

Two years in, the model has proven to be successful.

Last year, Jalen Green, Jonathan Kuminga and Isaiah Todd were drafted from Ignite, while Daishen Nix landed a contract with the Rockets after going undrafted in 2021.

With at least eight alumni making it to the NBA in two short years, the Ignite program is off to a stellar start, but what exactly does the program entail? Here is all you need to know about G League Ignite.

What is NBA G League Ignite?

To join G League Ignite, elite NBA prospects forgo their amateur status by signing a professional contract with the program.

According to the NBA, the G League Ignite program focuses on high-level competition and accelerated on-court development in addition to life skills training.

More than just developmental buzz words, the G League Ignite has instituted a plan to ensure the above program is seen through, much to the benefit of the prospects that sign on.

The G League Ignite roster is comprised of elite youth players and a group of veterans with years of experience in the NBA and the NBA G League.

In 2021-22, the roster included six elite youth prospects, including the aforementioned group of Beauchamp, Daniels, Foster and Hardy as well as Fanbo Zeng and 18-year-old Scoot Henderson, the latter of whom will become draft-eligible in 2023.

G League Ignite is coached by nine-year NBA veteran Jason Hart, who has been in coaching since retiring from the NBA in 2010.

Instead of playing a traditional NBA G League schedule, Ignite participates in a number of showcases, including the G League’s Showcase Cup in Las Vegas.

The team also embarked upon its “Ignite Tour,” a series of over a dozen exhibitions against G League opponents that did not count toward records or G League standings.

As such, G League Ignite is not eligible for the NBA G League Playoffs.

Beauchamp, Daniels, Hardy and Henderson represented Ignite at 2022 NBA All-Star Weekend, participating in the new format of the Rising Stars Challenge, which was a four-team tournament.

At All-Star Weekend, the Ignite also played against the G League’s Cleveland Charge in the “Next Gem” game.

Based on reports of contracts signed by Green, Henderson and Kuminga, the maximum contract that an elite prospect can sign with the Ignite is worth up to $500,000 per year, though not all prospects on the roster are believed to make that much.

Henderson, who signed following his junior year of high school, reportedly signed a two-year, $1 million deal that will end once he becomes draft-eligible.

In addition to the contract itself, players become eligible to sign endorsement deals once they become professional, with Henderson reportedly signing a lucrative deal with sneaker brand Puma.

This $36 Romper Is the Most Repeat-Worthy Item in My Closet
Halle Bailey’s BET Awards Look Includes Hip Cutouts and a Plunging Corset
John Hinckley Remorseful Over Attempted Assassination of Ronald Reagan
Roswell New Mexico – Episode 4.05 – You Get What You Give – Promo, Promotional Photos + Press Release
Beyoncé Rides a Horse While Wearing a Crystal Bikini on New Album Cover