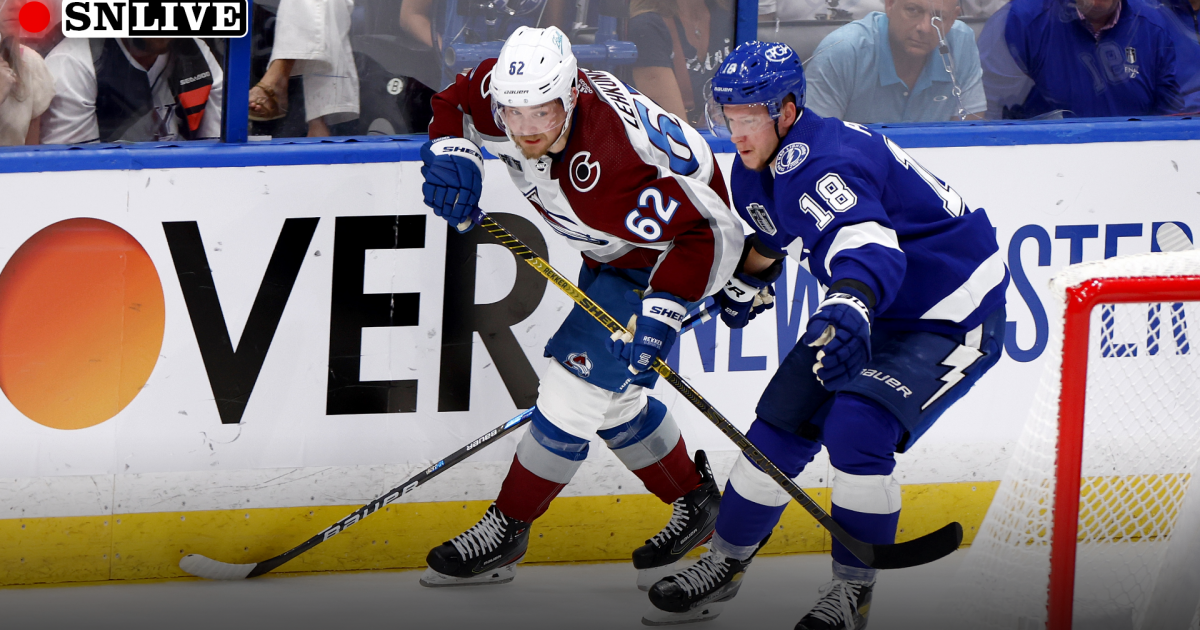 In just a few short hours, the NHL may have its 2021-22 Stanley Cup champion.

Game 5 in the Stanley Cup Final between the Avalanche and Lightning is set for Friday night. With the Avs holding a 3-1 lead in the best-of-seven series, a Colorado victory would clinch the franchise’s first Stanley Cup title since 2001.

Colorado is one win away from a championship thanks to Nazem Kadri’s overtime goal in Game 4. The victory went to the Avs despite the controversy over how many players they had on the ice prior to Kadri’s tally.

Back-to-back defending champion Tampa Bay is in danger of falling short of a historic three-peat. The Lightning are now tasked with winning three consecutive games against the Avalanche, two of them in Denver.

The Sporting News will provide live updates and highlights from Game 5 of the Stanley Cup Final (all times Eastern).

8:06 p.m.: Here’s how both sides will line up for Game 5. Cernak and Cirelli officially in for the Lightning.

7:50 p.m.: Cernak and Cirelli are taking part in warmups and look to be good to go for Tampa Bay. However Point is listed as out, in addition to Burakovsky for Colorado.

Point OUT
Burakovsky OUT

Per initial roster report from NHL

7 p.m.: The health of some key Lightning players is in question heading into Game 5. Erik Cernak and Anthony Cirelli were hurt in Game 4 but returned to the game. Cernak seems likely to slot in, while Cirelli may not. Brayden Point wasn’t ruled out by coach Jon Cooper. He missed the last two games of the series with a lower-body injury. There’s also a chance that Andre Burakovsky dressed on the Colorado side after leaving Game 2.

Cooper is pretty confident Cernak is back. Cirelli and Point haven’t been ruled out @TBLightning

Game 5 of the Stanley Cup Final between the Avalanche and Lightning will be broadcast on ABC in the United States and Sportsnet in Canada.

Tampa Bay and Colorado go head-to-head in Game 5 on Friday, June 24. Puck drop will be shortly after 8 p.m. ET at Ball Arena in Denver.