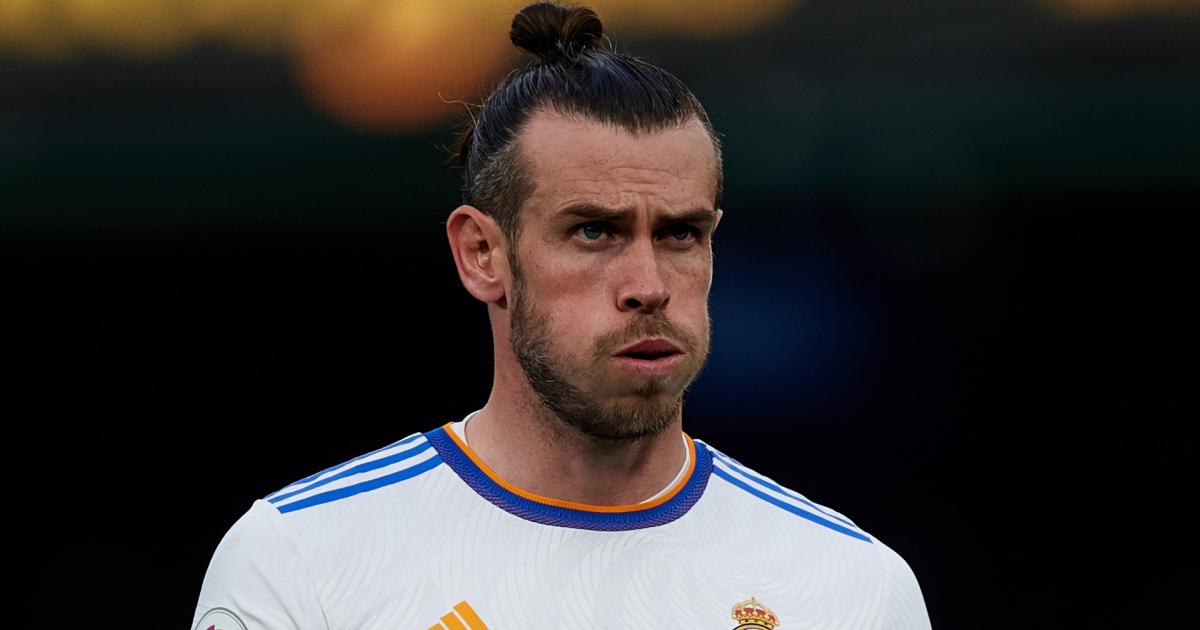 After eight years at Real Madrid, 32-year-old Gareth Bale is departing the club this summer at the expiration of his contract on June 30 and it looks like he may have settled on a destination.

According to MLSsoccer.com’s Tom Bogert, the Wales international is reportedly finalizing a deal with MLS club LAFC which would run through June 2023. The LA-based club is the top team in the league and recently added former Italy international Giorgio Chiellini.

ESPN’s Taylor Twellman reported that Bale and Chiellini would both make their MLS debut on July 8 against rivals LA Galaxy.

Bale joined Real Madrid from Tottenham in 2013 for a massive $111 million transfer fee, and would go on to win an illustrious five Champions League titles with the club. He made 238 appearances for the Spanish side, scoring 106 goals and assisting another 67.

He had multiple memorable Champions League final moments, including the game-winning goal in extra-time of the 2014 final against Juventus, and a pair of goals — including his famous overhead kick — in the 2018 final against Liverpool.

Unfortunately, his recent years with the Spanish giants turned sour, thanks to a host of injuries plus a dip in form that led fans to blame Bale’s struggles on his off-field interests, including golf.

Bale made just 21 La Liga appearances over his final two seasons in Spain, with a year on loan at Tottenham sandwiched in between. He was made a scapegoat for poor team runs, and his love of golf was villainized by fans and media.

BREAKING: LAFC are finalizing a deal to sign superstar Gareth Bale, per sources.

Bale is a free agent as his contract with Real Madrid expires this summer. The 32-year-old won 5 Champions Leagues, 3 La Ligas & more in Spain. Deal will NOT require DP spot. https://t.co/pegsSTYV6x pic.twitter.com/oUSXQE9ias

Some have indicated that the Wales bid to qualify for the 2022 World Cup will dictate Gareth Bale’s future, although the player himself has denied that’s the case when he spoke to media on June 4.

Reports indicate that qualifying to the World Cup could lead Bale to sign a short-term contract with his hometown club Cardiff City in preparation for Qatar 2022 in November. Some have speculated that failure to qualify for the World Cup could see him retire from the game at the age of 32.

Bale deflected talk of his future until after the World Cup playoff against Ukraine, but when asked whether he has offers on the table, he joked: “I’ve got loads.“

Wales, led by Bale, secured World Cup qualification on June 5 with a 1-0 win over Ukraine in Cardiff.

Gareth Bale reacts to a historic night for Wales 👇pic.twitter.com/9orfHe7u7m

Bale could be set for sensational stay in Madrid next season after being linked with a short term deal at Getafe.

Getafe president Angel Torres has thrown a wildcard into the mix on Bale by claiming they could swoop for the Welshman.

Torres confirmed Bale’s representatives have reached out to him over a possible deal with the 32-year-old and he will now assess his next move on the former Tottenham winger.

“45 minutes ago I spoke to Gareth Bale’s agent. They’ve offered him to us. We have to analyse this with the Getafe technical (coaching) staff and management.

“His agent explained it was possible to get it done. He wants to stay in Madrid [Getafe CF is based in Madrid] and play at the World Cup. I have to give it some thought and speak to the coach. It depends 50% on Bale and 50% on me.

Talk of a potential deal with his hometown club Cardiff City, which finished 18th in the Championship in 2021-22, was fueled by comments from his Wales manager Robert Page, who said “it makes sense” for the club to be an option.

“He would definitely be a part of the World Cup squad anyway. As long as he is out playing football — that’s the most important thing for us,” Page told media.

The momentum for the move to join the Bluebirds is only growing after Bale’s agent said “Cardiff has a lot of plusses.” Wales legend Ian Rush got behind the proposed move to Cardiff City.

After nine years in Madrid, a return to the city where he grew up and where he still has family could make sense from a personal standpoint.

In addition to Premier League clubs Newcastle United and Southampton, the other Premier League club that’s been consistently mentioned in connection with Gareth Bale is his old club Tottenham, which makes sense given the history between the two.

Still, there is little to connect the two other than past history. Spanish publication Fichajes reported on May 25 that Spurs boss Antonio Conte requested the club sign Bale, but otherwise, there’s still just speculation with little actual reporting of any serious talks.

A link by Washington Post reporter Steven Goff in April stated that Bale’s representatives had been in contact with MLS club D.C. United, but that negotiations were still a ways away from seeing Bale close to a move to the U.S.

A switch to MLS would make sense for Bale, who at 32 years old still has plenty left in the tank, as proven by his recent appearances for Wales, and he may be swayed by the MLS paycheck if European options run dry. Still, as Goff reports, there is a long way to go for this to become a reality.

D.C. United in talks with Gareth Bale’s reps about move to MLS, I’m told. (They actually spoke months ago but didn’t go anywhere.) Sides exchanging proposals but unclear whether It will pick up speed. DCU prepared to pay more than Wayne Rooney in 2018. Bale leaving Real Madrid.

In 2017, Gareth Bale signed a new five-year contract with Real Madrid which lasted through the summer of 2022.

That contract is nearing an end and transfer guru Fabrizio Romano reported in late March 2022 that Bale would depart Real Madrid this summer. That projection was confirmed by the Welsh international on June 1 as he shared a farewell letter with the Real Madrid faithful:

It has been an honour. Thank you! #HALAMADRID @RealMadrid pic.twitter.com/T7FL2LNRrD

Bale’s agent Jonathan Barnett has stated on multiple occasions that he will leave Real Madrid at the end of the season, and his future will at least partly depend on whether Wales qualify for the 2022 World Cup. They hosted and beat Ukraine 1-0 to clinch that ticket to Qatar 2022.

After moving to Real Madrid from Tottenham, Gareth Bale collected a vast array of club trophies and awards.

He won the Spanish top flight three times and the Champions League five times, plus one domestic cup title as well.