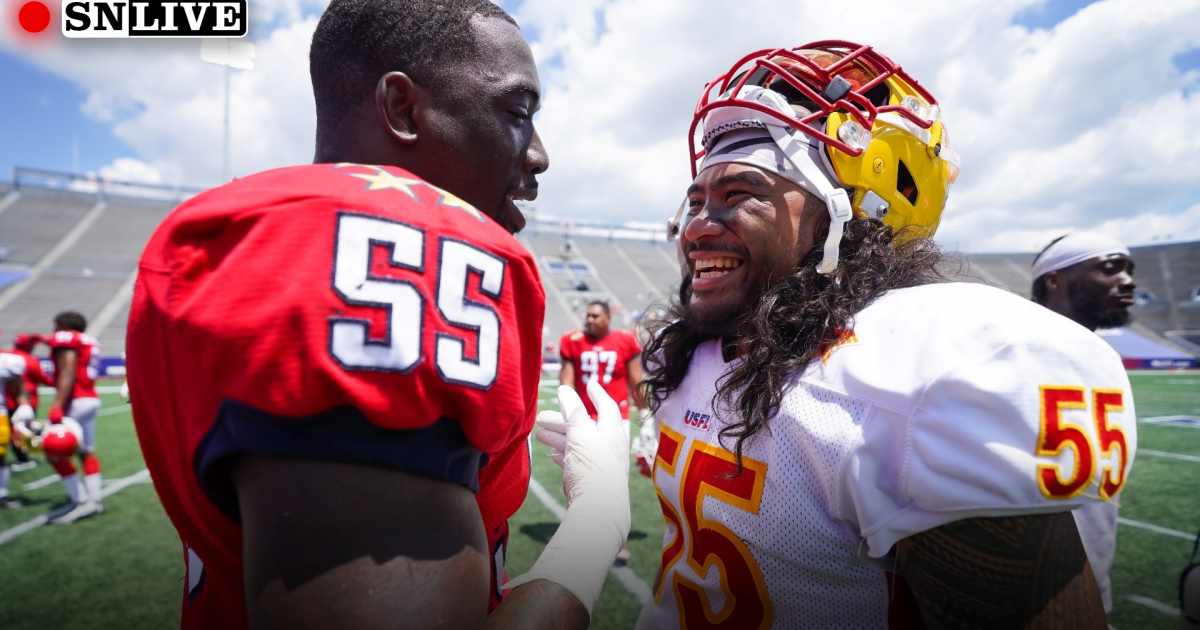 Since losing the inaugural game of the USFL season to the Stallions, the New Jersey Generals have been on a tear. They’ve won nine straight games, most recently against their playoff opponent Saturday, the Philadelphia Stars.

The road to the postseason for the Stars has been significantly bumpier. They’re now 6-4 on the season, and quarterback Case Cookus has seen ups and downs under center. The Stars have been involved in plenty of shootouts this season, but their 0-4 record against teams over .500 this year hardly inspires confidence.

Two of those losses came against the Generals, once in Week 3 and once in Week 10. The Stars will need to shake off those demons to advance to the championship.

For the Generals, Luis Perez has been impressive in recent weeks. Has has four touchdowns and no picks over his last two games, and he’ll look to continue that consistency in the postseason. Darius Victor also led the league in rushing touchdowns, and expect a heavy dose of him as he builds on that momentum.

The Stars have been powered by a bend-don’t-break defensive approach that has served them well. While they may give up points, they also have the league’s interception leader in Channing Stribling at seven. Expect to see Stribling matched up often with KaVontae Turpin.

The Sporting News is live scoring updates and highlights from Stars vs. Generals game on Saturday. Follow for complete results from the 2022 USFL playoff game.

4:04 p.m.: The Generals are driving, but there still seem to be communication issues in place. New Jersey is forced to burn another timeout as they struggle to get up to the line.

4 p.m.: KaVontae Turpin makes a big third-down catch to keep a drive alive. The two-quarterback system seems to working against the Generals, with Philadelphia keying in on the zone reaad any time DeAndre Johnson comes in. May be an adjustment in order for New Jersey.

3:54 p.m.: The Stars immediately turn it into points and the Generals are taking issue with something in the end zone. Cookus scrambles into the end zone to make it 9-0 Stars. Aguilar converts the extra point to make it 10-0 Stars just over five minutes into the second.

TOUCHDOWN 🥳@CaptainCookus10 takes it himself! 🔥

3:50 p.m.: Huge break for the Stars, as they pick off Perez inside the five. After a huge return, the Stars are called for roughing the passer. After review, however, Mike Pereira and Los Angeles overturn the call and pick up the flag. According to Pereira, Ralph Holley didn’t life and draft Perez to the ground. Philadelphia will get the ball in New Jersey territory.

“It is a big call, but to me there’s no lift and drive down. We’re gonna pick this up and go with the interception.”

3:46 p.m.: Another really nice run on a counter by Victor and the Generals to get into Stars territory. He looks extremely tough to bring down today.

3:44 p.m.: The Generals seem to want to lean on Darius Victor. He picks up eight after the Generals are saddled with first-and-15. They follow up with another first down.

3:40 p.m.: The Generals end the first quarter getting their offense going, as they pick up a first down on third-and-short. They’ll start the second with the ball driving. Stars 3, General 0

3:33 p.m.: The Generals defense finally recuperates on 3rd-and-8, as Case Cookus gets tripped up Hercules Mata’afa before he can turn the corner. The Stars will be forced to punt, and the Generals get the ball deep in their own territory.

3:30 p.m.: Cookus looks outstanding in the pocket. After completing a 13-yard duck, he scrambles for a big gain on first down to put the Stars back in Generals territory.

3:26 p.m.: Generals are forced to punt on their opening series after Turpin slips on a jet sweep and they fail to convert on third-and-long. Stars get the ball back on a punt and will try to extend their early lead.

3:23 p.m.: Philadelphia opens its defensive series with an 11-yard sack on Luis Perez off play action. Brutal start for the Generals offense as they’re forced to take a timeout with the play clock winding down. 2nd-and-21 incoming.

3:20 p.m.: The Stars are forced to settle for a field goal after Cookus overthrows a receiver in the end zone. Luis Aguilar converts a 39-yard field goal to put Philadelphia on the board. 3-0 Stars.

3:17 p.m.: Great job by Cookus and the Stars to overcome second-and-long after a sack. Great patience culminates in an 11-yard scramble to put Philadelphia in striking distance.

3:13 p.m.: The Stars are off to a good start. They pick up a quick first down and a neutral zone infraction already has them in Generals territory.

3:11 p.m.: This game is underway! The Stars take the kickoff and will start from their own 37-yard line.

3:10 p.m.: Philadelphia has won the coin toss and will receive, meaning Case Cookus and the Stars will take the field first.

2:55 p.m.: Welcome to the USFL playoffs! The Philadelphia Stars and New Jersey Generals kick off at 3 p.m. ET, as they vie for a spot in the USFL Championship game. Updates will begin upon kickoff.

What channel is Stars vs. Generals on today?

The first USFL playoff game of the league’s semifinal Saturday will be broadcast on NBC. Curt Menefee will be the play-by-play announcer for the game while Joel Klatt will provide color.

Brock Huard will serve as the sideline reporter.

Cord cutters will be able to watch Saturday’s game with fuboTV, which will provide access to all three of the USFL’s playoff games in 2022 and comes with a free trial.

The Stars vs. Generals game will begin at 3 p.m. ET on Saturday, June 25. The contest will take place at Tom Benson Hall of Fame Stadium, which is located at the Pro Football Hall of Fame in Canton, Ohio.