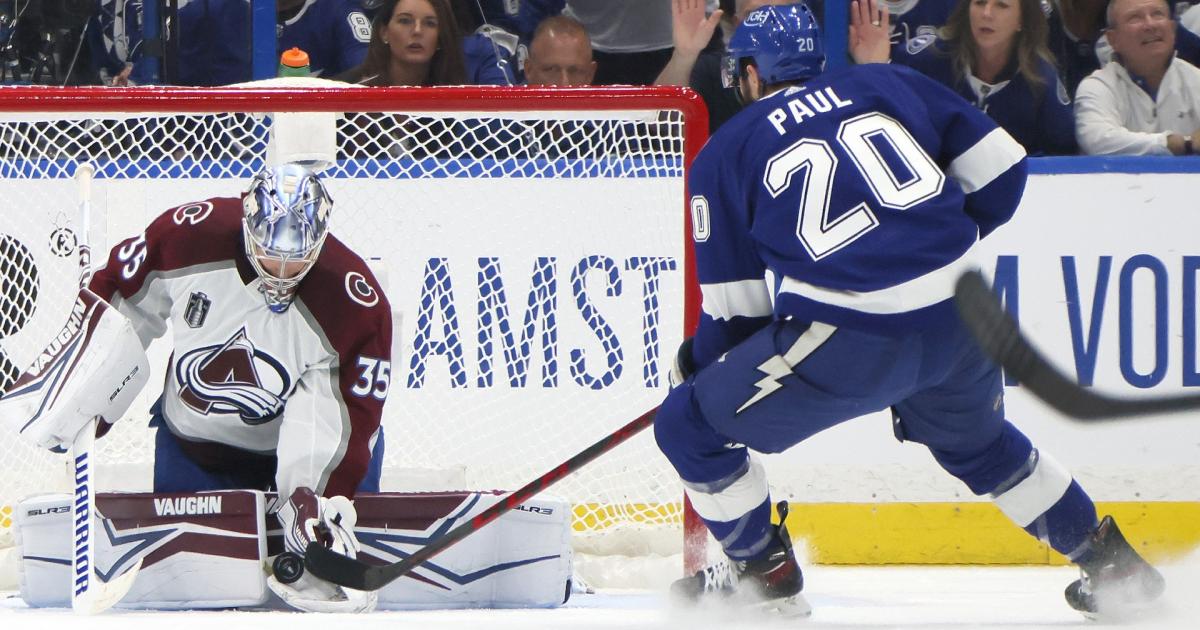 The champs answered the bell in Game 5. Facing elimination on Friday, the Lightning pulled out a 3-2 win thanks to Ondrej Palat’s goal in the third period.

It was the latest example of Palat’s heroics. The Tampa Bay winger became the third player in NHL history to score three go-ahead, game-winning goals with under 10 minutes remaining during a single postseason.

The Avalanche remain one win away from clinching the Stanley Cup title. Their next chance to do it is Sunday’s Game 6 in Tampa.

Here’s everything you need to know ahead of Game 6 of the 2022 Stanley Cup Final.

What channel is Lightning vs. Avalanche on today?

Game 6 of the Stanley Cup Final will air on ABC in the United States. Viewers in Canada can catch the game in English on Sportsnet and CBC and in French on TVA Sports.

Fans in the U.S. can live stream Avalanche vs. Lightning with ESPN+, the ESPN app or fuboTV. Canadian viewers can stream Sportsnet on SN NOW.

The Stanley Cup Final continues on Sunday, June 26, with Game 6. Puck drop is set for shortly after 8 p.m. ET.

Where is Game 6 of the Stanley Cup Final?

The series is back in Tampa for Game 6. This will be the final game played at Amalie Arena this season.