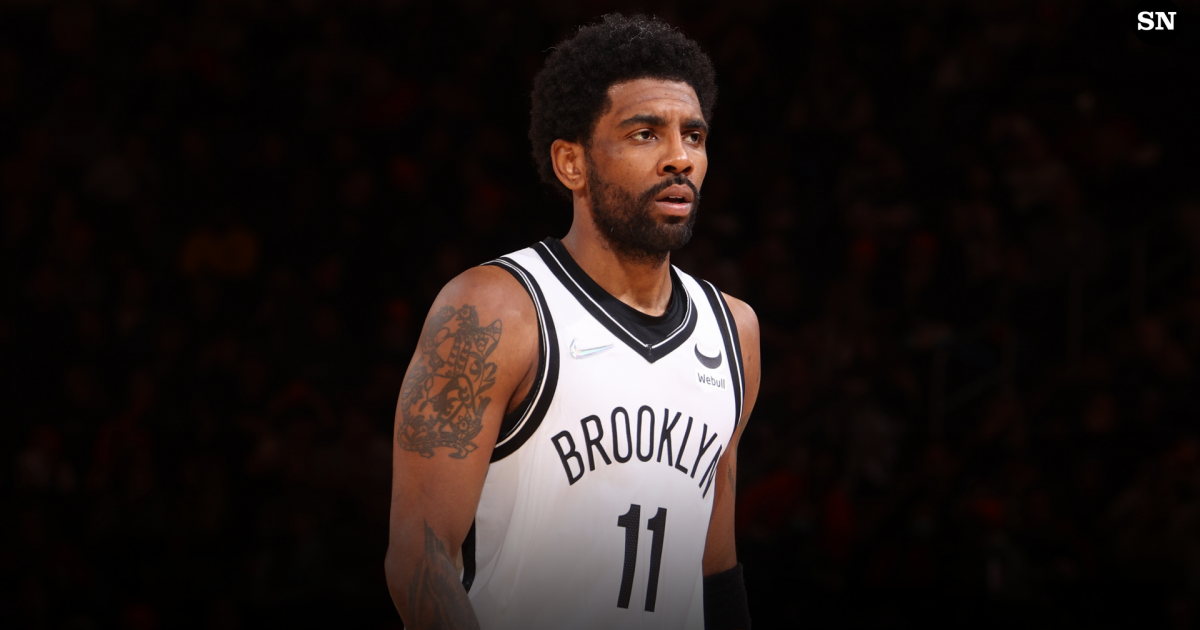 Kyrie Irving appears to have one foot out of the door in Brooklyn.

After rumors circulated about Irving’s future with the Nets, Kristian Winfield of the New York Daily News reports that Irving has requested and received permission to seek sign-and-trade packages ahead of his impending free agency.

According to Winfield, “the belief among both league and player circles is that Irving is gone,” marking the end of his time as teammates with Kevin Durant.

Where could Irving land? If not a sign-and-trade, Bleacher Report’s Jake Fischer reports that Irving might be willing to sacrifice over $30 million to sign with the Lakers.

Sources with knowledge of the situation have increasingly believed Kyrie Irving’s willingness to opt out of Brooklyn, sign the $6M taxpayer midlevel with the Lakers, where Irving can re-sign long-term in 2023.

Irving, who joined the Nets as a free agent in 2019, has a player option for the 2022-23 season. Should Irving opt out of the final year of his contract, he would become the top unrestricted free agent on the market this offseason. Signing for just $6 million would be a near-unprecedented move for a player of Irving’s caliber.

According to most reports, Brooklyn’s reluctance to offer Irving a long-term contract is what has caused a disconnect between both parties. Availability has been an issue for Irving, who missed a good portion of the 2021-22 season due to not being vaccinated for COVID-19.

Irving, who turned 30 in March, is still at the peak of his abilities, making him a desirable trade target for a number of franchises looking to win big in the near future.

On the night of the draft, ESPN’s Adrian Wojnarowski listed the Lakers, Clippers, Knicks, Heat, Mavericks and 76ers as teams Irving would be interested in joining via sign-and-trade.

ESPN Sources: If Kyrie Irving can’t reach an agreement to stay with Brooklyn, he has a list of teams he’d like them to consider on sign-and-trades, including Lakers, Clippers, Knicks, Heat, Mavs and 76ers. None of those teams have cap space to sign him without Nets’ help.

With the latest report sharing that Irving has received permission to seek a sign-and-trade, any of the above six teams can begin positioning themselves to make a run for the seven-time All-Star, though there appears to be very little interest.

While the Lakers are listed as a potential destination, they’ll have their work cut out, as Winfield reports any deal involving Russell Westbrook is highly unlikely.

Conversely, Wojnarowski has reported that the Lakers are the only team actively pursuing a deal, making for quite the dynamic.

ESPN Sources: Outside of the Lakers, there are currently no known teams planning pursuit of sign-and-trades for Nets G Kyrie Irving. No sign-and-trades can be formally discussed until after 6 PM on Thursday. Brooklyn isn’t believed to have interest in available Lakers packages.

MORE: The 7 players most likely to be traded this offseason

Teams like the Clippers, Mavericks and Knicks can quickly clear up cap space to make a run for him. Simply put: Irving does not have to stay in Brooklyn if he doesn’t want to and he doesn’t have to accept a trade to a destination he isn’t fond of, he just might not be too happy with his options.

As for Durant, Winfield reports that if the trade return for Irving doesn’t yield a star, Durant could be next to seek a trade.

Things will only get more interesting from here.

A sign-and-trade would require Irving to opt out of the final year of his contract and the team acquiring him would have to match the salary of Irving’s new deal.