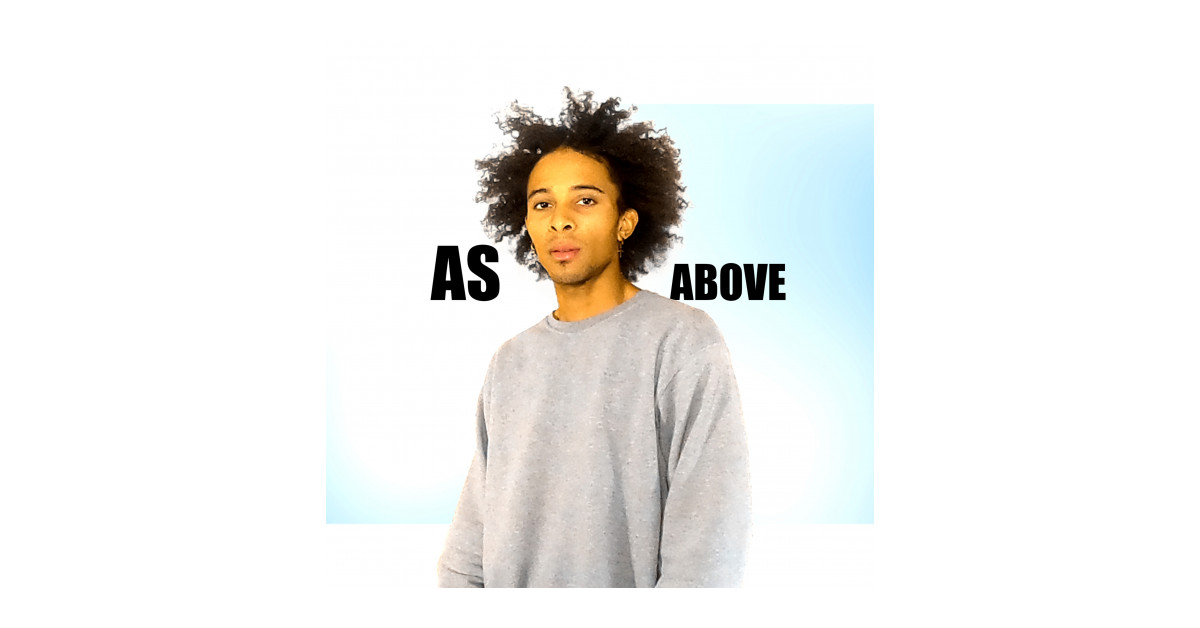 
NEW YORK, June 27, 2022 (Newswire.com)
–
“It takes effort to add personality to something,” Zack tweeted on June 5. It’s definitely an honest tweet. And that’s what he’s been doing with music, videos, art, and clothing. Lately, the talk is about the release of summer single ‘As Above’. Streaming on all platforms: https://lnkfi.re/CzkNxMkP

King Zachary, the professional music artist grew up in Hollywood, Florida. Now traveling in promotion of his art. ‘As Above’ is a catchy, energetic bop! The echo and vocals are soft. Smooth and enchanting. Until the climb of the bridge where Zack sings the his heart out. The song is a mesmerizing success.

A record producer of 60 platinum albums – said: “This song has a magic. You know magic that thing you can’t put your finger on and describe it just has it . It creates an emotion within the listener. Makes the hair stand up on your arms that kind of magic!”

The music video for ‘As Above’ displays small patterns of Egyptian hieroglyphics. King Zachary dressed in different fine furs, and abstract outfits. He is dancing with a beautiful projection of moving art. https://www.youtube.com/watch?v=0DmZyURggFA

A significant few clips feature the KZ 1.0 Sneakers that have a design that make people’s heads turn. The best part is the comfort of them. They are perfect for active wear. Or to wear out and about in a relaxed style. Which you can find at https://www.KingZachary.com/shop

So What Does The Name King Zachary mean? As explained in this visual YouTube video: https://www.youtube.com/watch?v=pS7NVwUFXh4&t=3s

King Zack is the lesser seen rapper persona side of the artist King Zachary. Who is the singer-songwriter, designer and face of the KZ brand. And Zachary Davidson is the humble boy from Brooklyn, New York. Who is now his own boss. To summarize what the video said.

It’s the last week of June. And Zack is celebrates the one year anniversary of project ‘Moon Man Series’. It is a series of 10 studio live performances. It features many released and unreleased songs by the singer. King Zachary displays his vocal range, and a diverse catalogue of music. If you haven’t watched Zack’s humble home tape Live recordings, you’re missing out. This is a playlist you can listen to on any occasion. https://www.youtube.com/playlist?list=PLnc9HKl3wFo3QhQcKYAYwa2oHlk7hrGXl

19 Shower Caddy Essentials You Need for Your Dorm
Dancing With the Stars, Mighty Ducks: Game Changers, & More Get Disney+ Premiere Dates
Paul DeJong steps into opportunity he might have ‘dreaded’ before and delivers big hit for Cardinals vs. Yankees
10 Eyeglass Chains You Didn’t Know Your Frames Needed
Amazon Shoppers Say These Best-Selling Cleaning Products Saved Them Time & Money