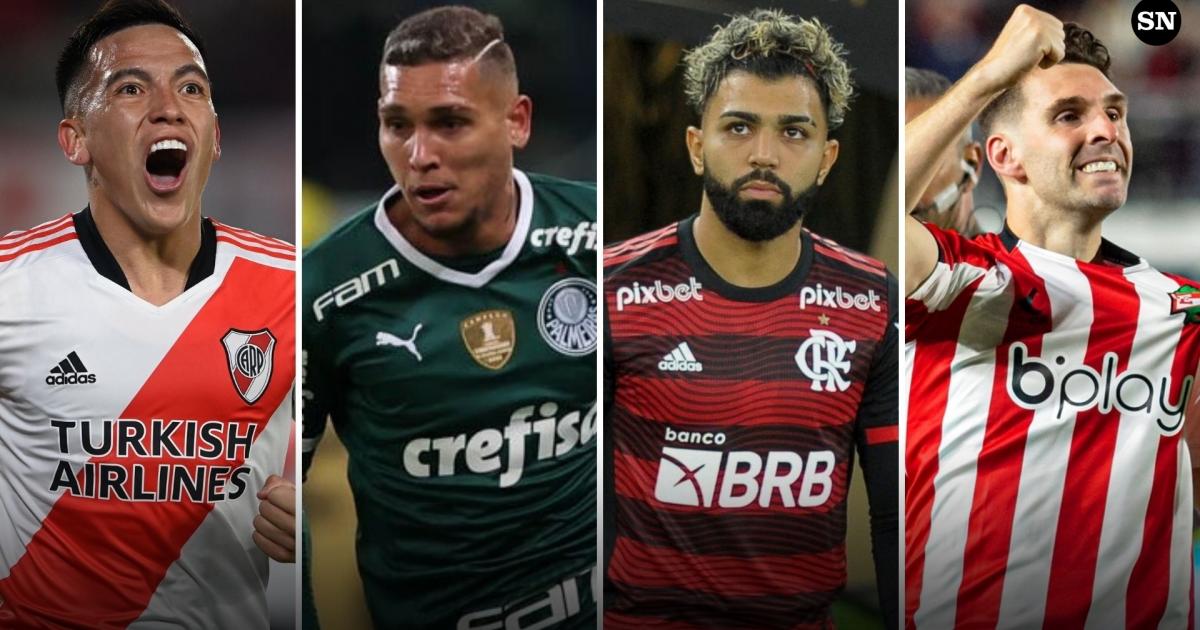 The 2022 Copa Libertadores — the equivalent of the UEFA Champions Leagued in South America — has reached the Round of 16 stage and the bracket is set through to the final, which will be played in Guayaquil, Ecuador.

The 16 best teams on the continent will go head to head in two-leg, aggregate goal series in which the team that scores the most goals advances to the next round.

What’s different this season is that after 16 years there will be no away goals tiebreaker to determine the winner in the case teams are tied on total goals scored after the end of the second match.

Instead, the teams will go straight to a penalty shootout, if necessary, in the Round of 16, quarterfinals and semifinals. Extra time would only be used in the final, if the championship match ended deadlocked after 90 minutes.

The Sporting News brings you the complete schedule, bracket, TV and streaming details, and all the information you need to follow the rest of the tournament.

Copa Libertadores 2022 Round of 16 schedule

The Round of 16 draw was held on May 27 and it paired the eight group winners with eight group runners-up.

There were no rules preventing teams from the same country or from the same group being drawn together. It’s the reason we have Argentine teams River Plate and Velez Sarsfield facing off, as well as Talleres and Colon. Meanwhile, Boca Juniors and Corinthians will go head-to-head despite meeting in the competition’s group stage.

The group winners host the second leg, a perceived advantage given that a potential tiebreaking penalty shootout would be held on home turf.

The matchups in the quarterfinals and semifinals have been predetermined in the knockout round draw and it’s a fixed bracket all the way to the final.

The team with the best group-stage performance will host the second leg of every series at every stage (page 40 in the official rules) based on the following criteria in this specific order:

Team group stage performance totals for each of the above categories are compiled in the club-by-club table found by scrolling below.

USA & CANADA: The Copa Libertadores is carried exclusively by beIN Sports in the United States and Canada, and it can be streamed on fuboTV in both territories.

MEXICO: In Mexico, the Copa Libertadores 2022 is televised on Claro Sports, with streaming available on Marca Claro.

AUSTRALIA: The Copa Libertadores is also carried by beIN Sports in Australia.

The top two teams in each group advanced to the knockout rounds, making for a total of 16 clubs in the Round of 16.

Argentine clubs have also done well historically, with 25 total titles, but the nation has only collected three championships across the last 12 editions.

Both Argentina and Brazil are represented by six clubs in the 2022 knockout rounds. However, there are two all-Argentina matchups in the Round of 16, ensuring only a maximum of four Argentine clubs can advance to the quarterfinals. All six Brazilian teams can potentially make it to the final eight since they happened to be kept apart in the Round of 16 draw.

Where is the Copa Libertadores final 2022?

The stadium is the regular home venue for Ecuadorian club Barcelona SC.

Built in 1987, the stadium has a grass pitch. Pele attended the stadium’s inauguration, and a quote attributed to him comparing the stadium to the famed Maracana in Brazil is enshrined in a plaque inside the venue.

Since 2019, the Copa Libertadores final has been held as a single-match event, a change from the old two-leg final format. If teams are tied after 90 minutes, extra time and a penalty-kick shootout would ensue to determine a winner.