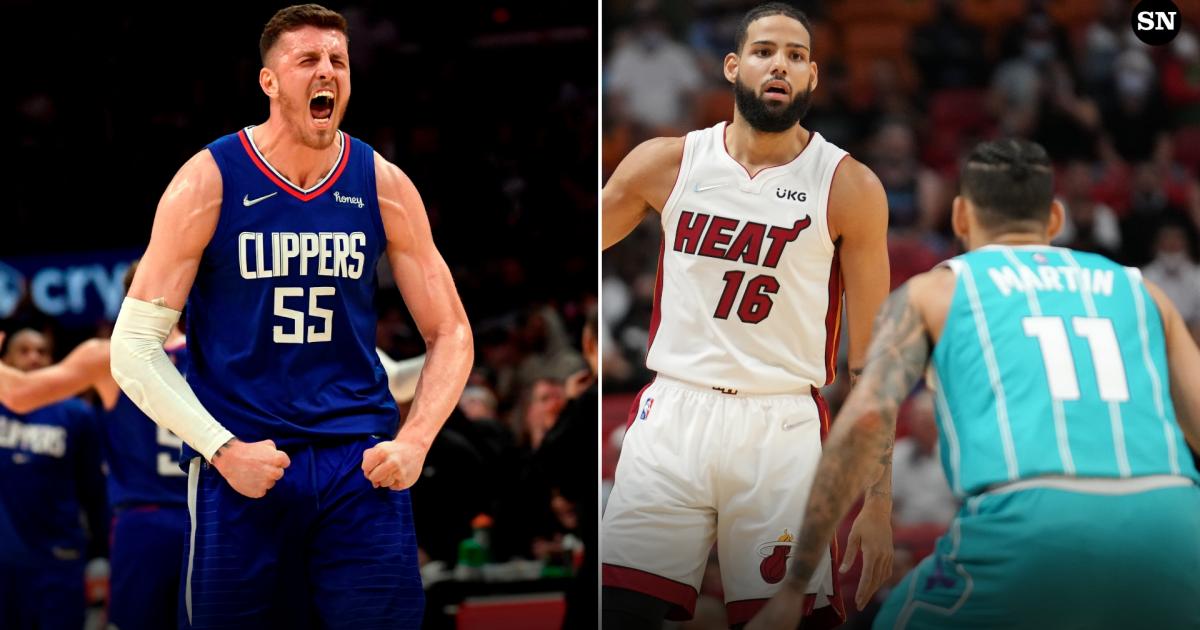 Every team wants to sign a sexy All-Star at the start of free agency, but most of them are limited by financial constraints.

Only the Pistons, Magic, Pacers, Spurs and Knicks project to have meaningful cap space this offseason. The rest of the league will be limited to either the $10.3 million mid-level exception or the $6.4 million taxpayer mid-level exception to pay their biggest new addition.

There are still good players that get signed to those salary slots every season. Alex Caruso was a nice get for the Bulls with their mid-level exception last year, signing for four years and $37 million.

Here are five free agent sleepers that will likely make less than that $10.3 million mark. You don’t need to understand complicated salary cap rules to know that these are all realistic targets that could help your favorite team.

Five free agency sleepers that every team can afford

Hartenstein didn’t get consistent playing time in his first three years in the league. But in his 68 games last season for the Clippers, he made the leap from fringe NBA player to a low-end starter. He could get up to the full $10.3 million mid-level exception from a team this offseason.

A legit 7-footer, Hartenstein brings a lot of skills that you want out of a modern big man. He’s one of the best rim protectors in the league, averaging 2.3 blocks per 36 minutes. Opponents shot just 47.5 percent against him at the rim (credit to Bleacher Report’s Dan Favale for finding this statistic), the lowest mark in the league.

Hartenstein brings value offensively, too. He is a good offensive rebounder – his 3.5 per 36 minutes were right outside of the top 20. His passing will surprise you. His 4.7 assists per 36 was one of the better marks in the league for a big man. He’s very good at hitting cutters on backdoor passes.

As far as scoring, Hartenstein isn’t going to be a lead point-getter, but he’s a quality roll man who can stretch out a little from 3. There isn’t a huge sample from him, but he’s drilled 38.3 percent of his 3-point attempts in the NBA and 44.1 percent in the G League. He can throw down some nice lob dunks, but he’s not an explosive vertical athlete.

Hartenstein is a young player who showed that he could do a little more than expected when given a larger role last season. With the addition of John Wall, the Clippers don’t have many avenues to keep him. As his role continues to expand, his production could too.

Twins Cody and Caleb Martin were a dynamic duo in college and early in their NBA careers with the Hornets. Now, they’re both restricted free agent wings that could add some quality depth off the bench. They look identical on the court, but they have important distinctions in their games.

Cody, who played for the Hornets last year, is more of a playmaker and defender. He’s a great connective piece with high feel that can get his points in the flow of an offense.

The knock on Cody was a lack of a consistent jump shot, but he hit 38.4 percent of his 159 attempts last season after only knocking down 25.2 percent in his first two years in the league. If that shooting improvement is real, then Cody could be a very good first wing off the bench.

Caleb, who played for the Heat, is the better shooter of the two. He hit 41.3 percent of his triples for them last season. Caleb was a big-time college scorer, and he has more shot creation skills than his brother. He’s improved as a defender, particularly on-ball. He could provide the 3-and-D skills that every team is craving.

Neither of the Martin twins will have huge impacts on the teams they’re on, but they are solid in a bunch of different areas. They’re heady players that give great effort and could bolster any bench.

MORE: Who’s most likely to be traded this offseason?

Unless you are an absolute die-hard fan, you haven’t heard of Coffey. But the 25-year-old started 30 games for the Clippers last year with Kawhi Leonard and Paul George out.

Coffey is another young do-a-little-of-everything wing who can provide some 3 and D. He hit 37.8 percent of his attempts from deep last year and has a nice midrange shot to go along with it. He’s a good ball mover with some decent athletic chops.

While Coffey’s not a stopper defensively, he’s solid enough that he won’t get targeted in the playoffs. He also has decent size and can offer the switchability that every team is craving.

Coffey is a restricted free agent. With the glut of talented wings on their roster and Nicolas Batum likely to re-sign, maybe he slips through the cracks for the Clippers.

MORE: The domino effect of Kyrie’s decision to opt in

Wes Matthews is a solid veteran who can start playoff games

Matthews is going into his age 36 season and barely scores the ball anymore. But he is a playoff warrior, as evidenced by his 12 starts for the Bucks last postseason.

Jrue Holiday deserves most of the attention for the Bucks’ elite perimeter defense. Matthews is no slouch either. He shut down some of the best wing scorers in the league all year. He is relentless in staying attached, crowding players off their spots, and making them feel uncomfortable. Every single team in the league could use his one-on-one defense.

Matthews is going to be extremely low usage at this point in his career, but he can still stretch the floor for better teammates as he did for Giannis Antetokounmpo last season. He’s a career 37.7 percent shooter from 3 and also has one of the best 3-point celebrations in the league, a timeless bow-and-arrow move that elicits groans when used in pickup basketball games (speaking from personal experience).