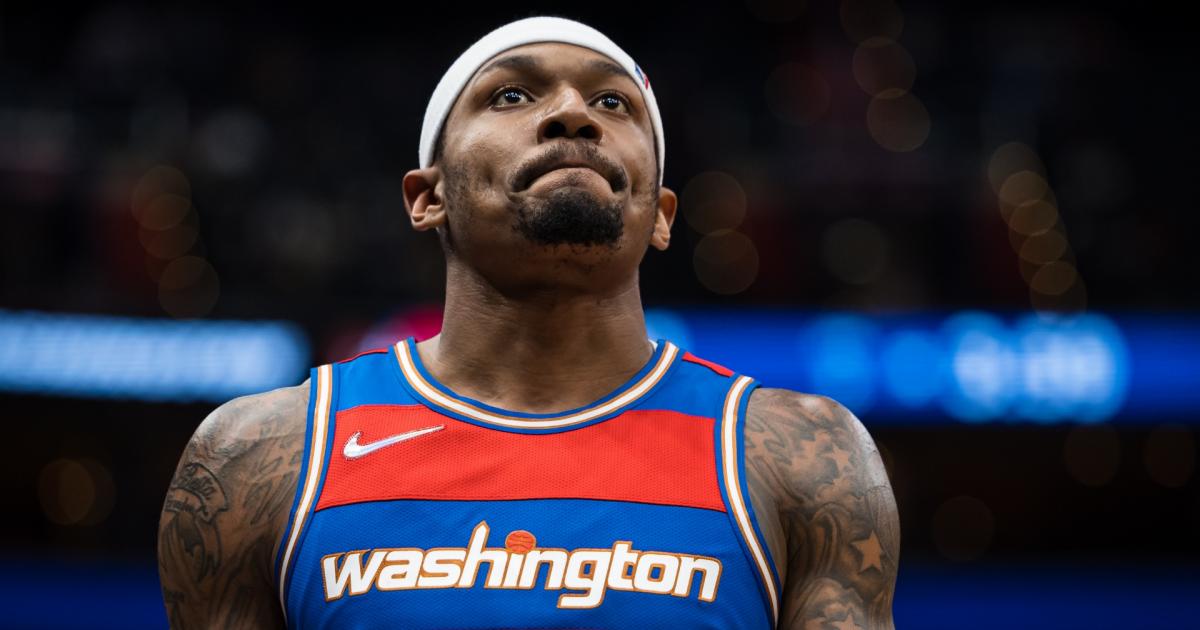 With the NBA Draft in the rearview mirror, the attention now shifts to free agency.

Free agency will officially open on Thursday, June 30 at 6:00 p.m. ET. There have been plenty of reports and rumors emerging in the lead-up to potential signings.

Where will Deandre Ayton end up? Will the teams with the most cap space, like the Pistons, Spurs, Magic and Pacers, make a splash?

Leading up to Thursday night, here’s all the latest buzz surrounding 2022 free agency.

Bradley Beal has declined his $36.4 million player option for the 2022-23 season, making him an unrestricted free agent. According to ESPN’s Bobby Marks, Beal is eligible for a five-year, $248 million contract with the Wizards. The most any other team can offer is a four-year, $183.6 million contract.

The Nuggets are reportedly acquiring Kentavious Caldwell-Pope and Ish Smith from the Wizards for Monte Morris and Will Barton. ESPN’s Adrian Wojnarowski added that the deal is getting final approvals as of 10:16 a.m. ET.

According to ESPN’s Adrian Wojnarowski, the Knicks are trading Nerlens Noel and guard Alec Burks to the Pistons, unloading $19 million in salary to help clear cap space to sign Jalen Brunson.

The Knicks are reportedly including two future second-round picks and cash in the deal.

Knicks in hot pursuit of Brunson

According to ESPN’s Tim McMahon, it is “widely anticipated that Brunson will agree to a four-year deal in excess of $100 million to sign with the Knicks soon after free agency opens on Thursday evening.”

McMahon notes that the Mavericks are willing to give Brunson a five-year contract.

The Deandre Ayton situation in Phoenix took a step forward, with the Suns reportedly tendering a $16.4 million qualifying offer to make him a restricted free agent, per Keith Smith.

The Suns are able to match any offers Ayton receives from rival teams and if he signs the qualifying offer he can become an unrestricted free agent next summer.

Westbrook opts in with Lakers

ESPN’s Adrian Wojnarowski reports that Russell Westbrook will opt in to the final year of his deal worth $47.1 million for the 2022-23 season.

According to ESPN’s Adrian Wojnarowski, Clippers center Ivica Zubac has agreed to a three-year, $33 million contract extension with the franchise.

The Clippers declined his $7.5 million team option for next season to tie him down to a long-term deal.

According to ESPN’s Adrian Wojnarowski, the Timberwolves have agreed to a two-year, $16 million deal for Taurean Prince.

MORE: Who could the Warriors target in free agency to boost title defense?

The Cavaliers have extended the qualifying offer to Collin Sexton, making him a restricted free agent.

Sexton missed most of last season with a knee injury, but he could draw interest from rival teams looking to swoop on the 23-year-old scorer, who averaged 24.3 points the previous season.

With the Cavs looking to offer All-Star point guard Darius Garland a five-year, $186 extension this summer, Sexton is a name to watch.

Ira Winderman of the South Florida Sun Sentinal reports that the Heat are willing to offer P.J. Tucker a fully guaranteed contract for three years worth $27 million.

That is just below the $10.3 million mid-level exception that Tucker is seeking. The MLE would trigger a hard cap situation for the Heat.

Will the Hornets keep Bridges?

According to ESPN’s Brian Windhorst, the Hornets are unwilling to offer Bridges a max contract worth $173 million over five years. However, several teams are reportedly interested in his services, including the Pistons, who are now flush with cap space.

Other teams can offer Bridges a four-year, $130 million deal, which the Hornets can match.

“We love Miles. We’re going to bring him back.”

According to Yahoo Sports’ Chris Haynes, John Wall is expected to sign with the Clippers after receiving a buyout from the Rockets.

Per Haynes, it is expected that “Wall will give back approximately $6.5 million in salary to hit the open market” after he reportedly opted in to his $47.4 million player option for the upcoming season.

The $6.5 million in salary is around the taxpayer mid-level exception that Wall could conceivably receive from the Clippers.