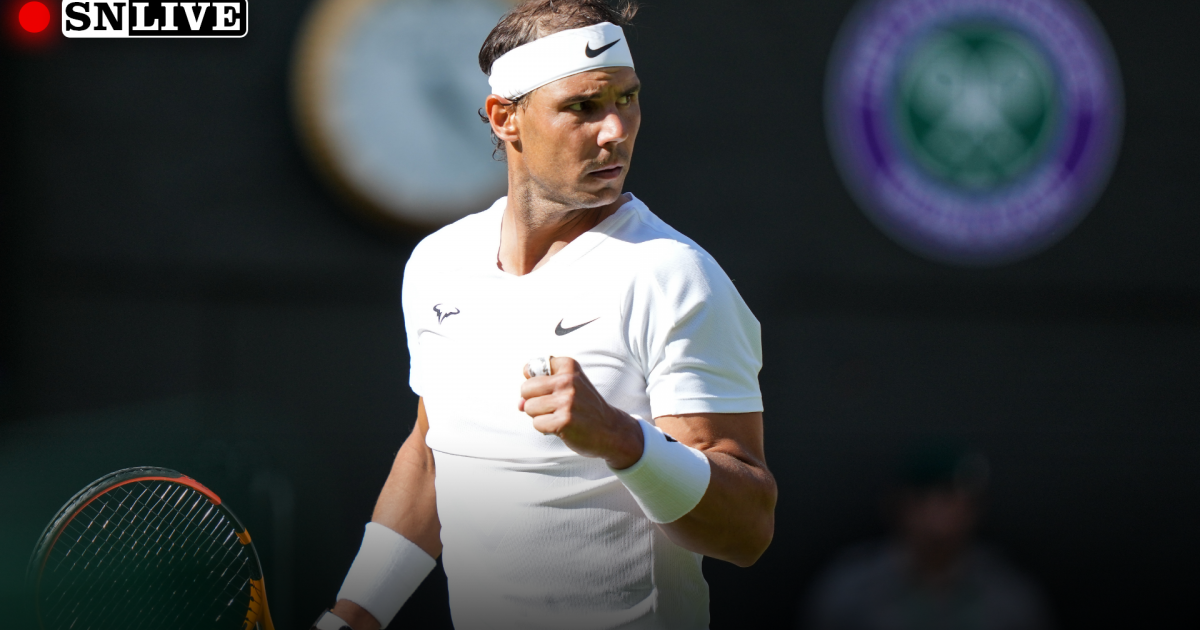 Day four of Wimbledon sees world No.4 Rafael Nadal continue his quest for a record 23rd Grand Slam when he takes to Centre Court to face world No.102 Ricardas Berankis.

Nadal, who already has two Grand Slams under his belt in 2022, took a while to find his best form on Monday in his win over Francisco Cerundolo as he dropped a set, and his main focus will be hoping any recurring problems of a foot injury don’t arise today.

Berankis dispatched Sam Querry in his first round match in straight sets and is seeking only his third ever Top 10 win this afternoon. The pair’s only other meeting came in January when Berankis dropped a straight-sets match to Nadal at the Melbourne Summer Set.

The Sporting News will be bringing you live updates and highlights throughout the match with both players expected on court around 3 p.m. BST / 10 a.m. ET.

2:35pm: Nadal and Berankis will take to Centre Court following the conclusion of British hopeful Katie Boulter’s match with former world No.1 Karolina Pliskova. The Czech won the first set 6-3 but there’s the chance of going to a decider with Boulter currently leading 4-2 in the second.

2.20pm: Hello, and welcome to The Sporting News’ live coverage of the second-round clash between Rafael Nadal and Ricardas Berankis. The No.2 seed is the hot favourite to win this one but his opponent should not be overlooked after he beat Sam Querry in the opening round. Nadal himself dropped a set in his first-round victory over Francisco Cerundolo and will look to build on Tuesday’s win with a convincing performance this afternoon.

We’re live on Centre Court and will be bringing you all the action as Nadal continues his quest for a third Grand Slam of the year.