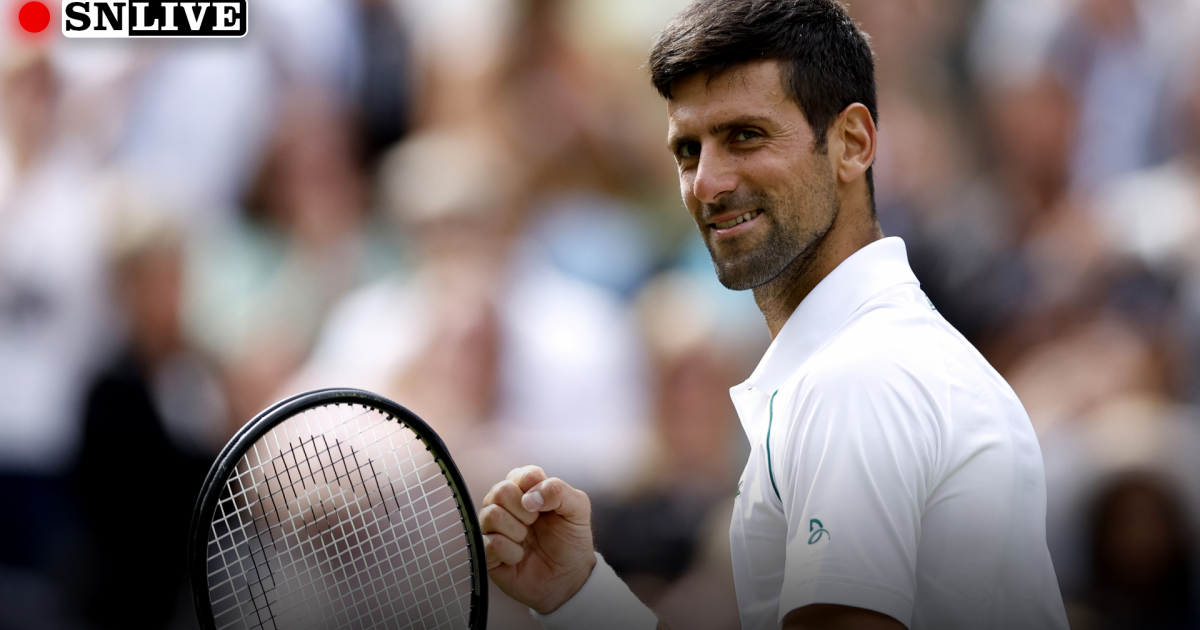 Day five of Wimbledon sees a battle of the Serbs on Centre Court as defending champion Novak Djokovic takes on No.25 seed Miomir Kecmanovic in the third round.

The pair have met twice in their careers previously, both matches taking place in Belgrade. Djokovic won both quarter-final meetings in 2021 and 2022, with Kecmanovic taking a set this April.

Kecmanovic has overcome John Millman and Alejandro Tabilo already this week and is aiming to repeat his feat of reaching the last 16 of this year’s Australian Open, while 20-time Grand Slam champion Djokovic has dispatched Soon-woo Kwon and Thanasi Kokkinakis so far.

The Sporting News is on hand to bring you all the live updates and highlights below from Centre Court with players expected to take to emerge at approximately 3 p.m. BST / 10 a.m. ET.

Kecmanovic can’t get anything right as he falls to 0-30. Djokovic hits a rare forehand wide (only just), to allow him back in and then finds the net himself, 30-30. Djokovic can’t return a big serve on the next and Kecmanovic has the chance to get a game on the board. Djokovic doesn’t roll over of course, a textbook forehand winner followed by a Kecmanovic error presents set point. Another forehand goes long from the underdog and he’s on the receiving end of a bagel.

Now the 20-time Grand Slam champion shows off his power with his forehand, some of these winners Kecmanovic isn’t even attempting to get because they are that accurate. He tries something new by coming to the net but this time Djokovic reads him and puts a backhand down the line, 30-15. Another forehand to the back left brings him to 40-15 and then a volley hits the net 40-30. He rounds off with an ace.

A few ruthless backhands, one down the line and another brilliant two-hander across court sees Djokovic break again. He’s in the mood today.

The longest really so far ends in a brilliant backhand winner down the line from Kecmanovic, 0-30. Djokovic should do better with a volley at the net at the next point and he now has three break points to save of his own. He saves the first, the volley executed perfectly this time. The rest are saved with some big serves and then Djokovic cushions another volley to hold.

The longest rally of the match goes Kecmanovic’s way to get him to 30-0. Several errors from Kecmanovic allows Djokovic back in though and suddenly he’s having to save break point. Kecmanovic hits a forehand wide and the line judge doesn’t call it. Djokovic challenges and it pays off. Not the best start from Kecmanovic.

3:05pm: Both players emerge onto court to a warm reception. The sun is shining and, without trying to tempt fate, surely there is no chance of the roof coming on for this match. It’s beautiful in SW19!

Djokovic has won the toss and chosen to serve first.

3pm: Ons Jabeur has just seen off Diane Parry 6-2 6-3 to reach the third round meaning Djokovic and Kecmanovic will be next on Centre Court shortly.

2:40pm: Hello, and welcome to The Sporting News’ live coverage of Novak Djokovic’s third-round clash with Miomir Kecmanovic. The world No.3 has only dropped one set in his two matches so far and in his latest outing against Thanasi Kokkinakis we saw flashes of his very best form.

His countryman Kecmanovic stands in his way today though and he’s hoping to reach the fourth round of a Grand Slam for only the second time in his career.