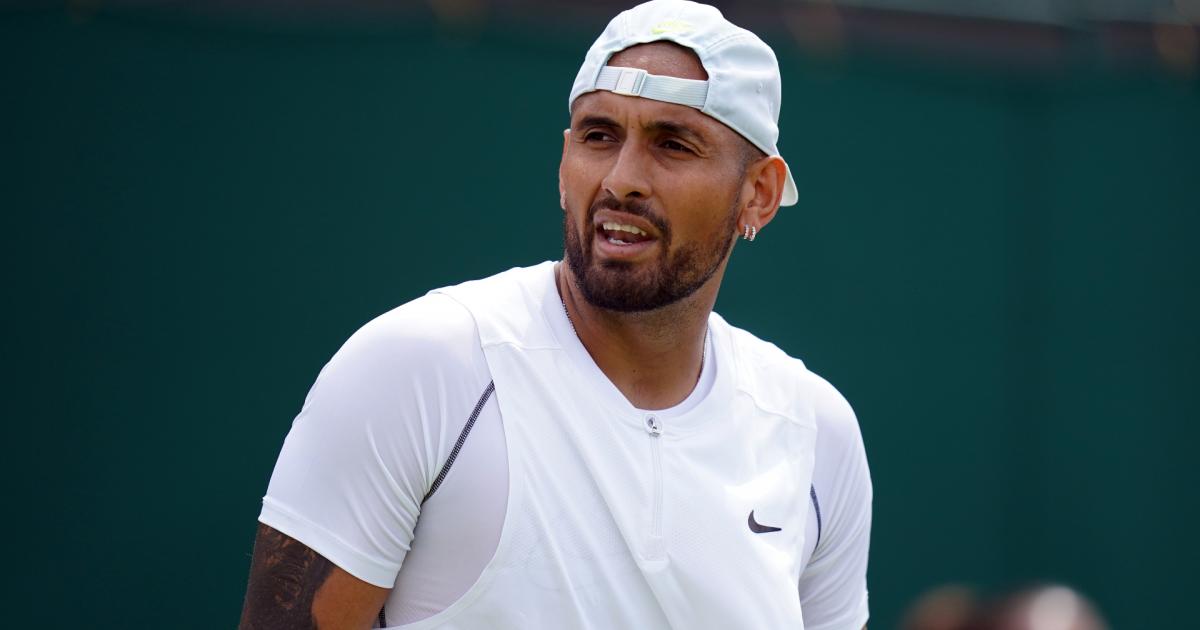 Nick Kyrgios has never had a dull match, and part of that is by design. The ever-passionate Australian defeated Stefanos Tsitsipas at Wimbledon on Saturday, but not before halting play for several minutes to chide the umpire after Tsitsipas casually sent a backhand into the crowd, possibly hitting a fan.

Kyrgios took issue with the move and asked the umpire to default Tstisipas. When the umpire made no indication of booting Tsitsipas from the match, Kyrgios stopped play to yell at the umpire and refused to play for several minutes.

MORE: Nadal breezes past Sonego into Wimbledon fourth round

An excerpt from Kyrgios’ profanity-laced rant:

He continued. “You’re a disgrace. You change the rules whenever you want … Give me all the supervisors. I’m not playing until we get to the bottom of it.”

Kyrgios now wants Tsitsipas to be defaulted for hitting someone in the crowd.

“Give me all the Supervisors. I’m not playing until we get to the bottom of it”.

Remembers Djokovic’s US Open default, says this one is similar.

The U.S. Open default that Kyrgios referenced occurred in 2020. Novak Djokovic was kicked out for hitting a lineswoman in the throat with a ball he had deflected in frustration.

Kyrgios said the Tsitsipas hit was similar. He claimed a fan was struck in the back of the head.

The entire match was heated and had several high-tension moments: a cheeky Kyrgios served between the legs when Tsitsipas was off guard, and Tsitsipas spiked a ball at the net, seemingly right at Kyrgios.

kyrgios is the king of I don’t give a fuuuuuuuuuuuu and my god it’s incredible pic.twitter.com/hp3XwyhU8D

Things are getting heated in the Kyrgios-Tsitsipas match at Wimbledon 😳 pic.twitter.com/F1H0l3SU2Y

Kyrgios advanced to play Brandon Nakashima in the fourth round. He will look to match his career best in a singles Grand Slam with a quarterfinal appearance. He won the Australian Open doubles title earlier this year.