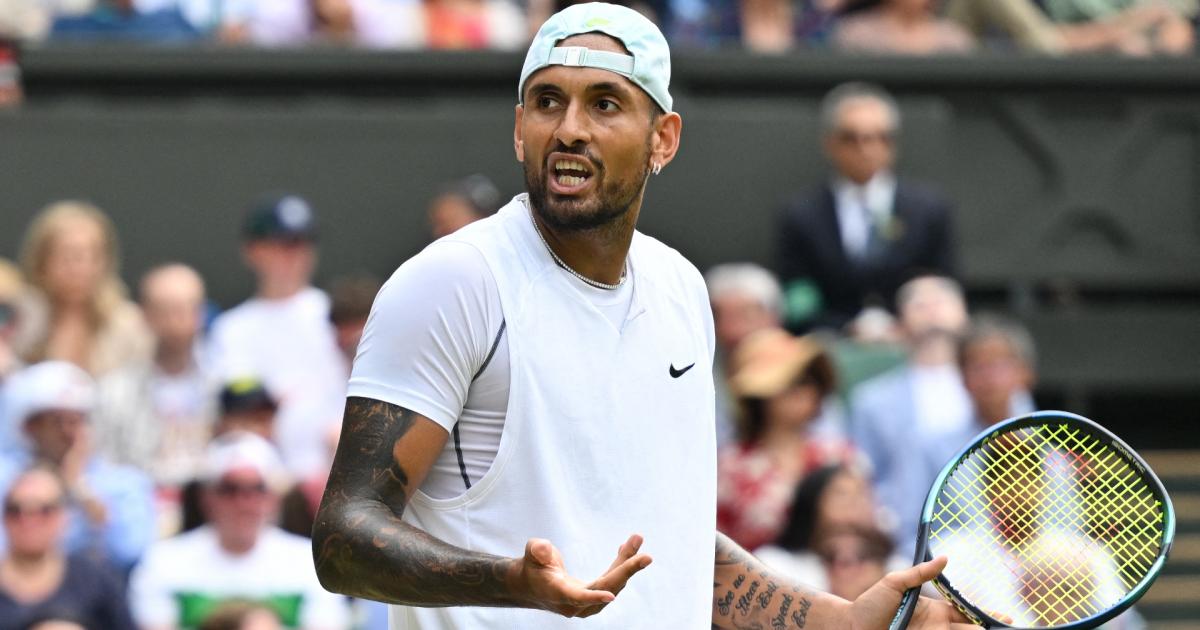 Nick Kyrgios has admitted to tanking during his fourth-round Wimbledon victory against USA talent Brandon Nakashima – but said the tactic worked to unsettle his opponent.

The Australian reached the quarter final at the All England club for the first time since his 2014 debut run with a 4-6 6-4 7-6(2) 3-6 6-2 win over the 56th-ranked American in three hours, 11 minutes to set up a last eight meeting with Chile’s Cristian Garin.

Kyrgios’ performance was largely free of controversy but for his service game during the final game of the fourth set, with the world no.40 appearing to not try as he gift-wrapped the set to Nakashima.

Dropping his serve to around half its usual 200km/h pace, Kyrgios widely slapped shots out of play and even threw in an underarm serve, as Nakashima went 0-40 up before closing out the set on his third set point.

Australian tennis legend Todd Woodbridge expressed his dismay at Kyrgios’ tanking on Stan Sport, with the Canberran’s decision to throw the game meaning Nakashima served first in the fifth and final set.

Post-match, Kyrgios admitted to not trying during that particular game but explained the tactic was designed to throw Nakashima off – a theory you couldn’t argue with as the American struggled his way through the fifth set.

“At the end of the fourth, complete rope-a-dope tactic. I just threw away that service game,” Kyrgios said.

“I knew he was in a rhythm. He was starting to get on top of me. I kind of just wanted to throw him off a little bit. It worked.”

The Australian expressed his disappointment at not being able to play Alex de Minaur – who lost to Garin in five sets – in an all-Australian quarter final, but revealed he would be having a quiet drink after getting past Nakashima.

“I was really excited to play Demon, he’s been flying the Aussie flag for so long and I came on court when he was two sets to one up so I was expecting to play him,” he said.

“But I’m not even going to think about, I need a glass of wine, for sure.”