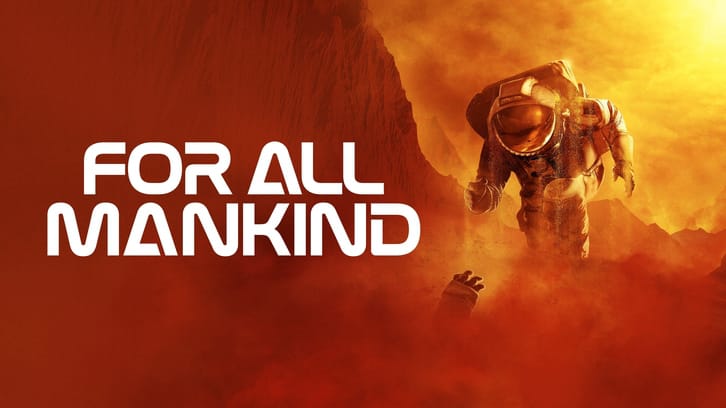 Previously on “For All Mankind”: The Helios crew, including Captain Ed Baldwin (Joel Kinnaman) and Danny Stevens (Casey W. Johnson), is on its way to Mars, just shortly ahead of the NASA crew, a team consisting of Captain Danielle Poole (Krys Marshall), Kelly Baldwin (Cynthy Wu), and the rest of the country’s best and brightest space travelers. Of course, this space race wouldn’t be complete without a team of cosmonauts from the Soviet Union trailing behind in a subpar vessel only made possible with the reluctant help of NASA Administrator Margo Madison (Wrenn Schmidt). Meanwhile, back on Earth, President Ellen Wilson (Jodi Balfour) is in the middle of her second year in the White House.

Throughout its first three seasons, “For All Mankind” has often turned to an iconic piece of music to portray just the right tone in any given scene. In Season 2, Episode 7 (“Don’t Be Cruel”), Helena Webster (Michaela Conlin) begins a hum of Richard Wagner’s “Ride of the Valkyries” as the NASA team moves in on the Soviet’s lunar base. As the crew reaches its destination and the cosmonauts flee, the music ironically takes a more victorious tone, instead deploying the Clash’s rendition of “I Fought the Law.” And, of course, few could forget the use of Nirvana’s “Come as You Are” in the Season 2 finale, a needle drop that spelled out the transition to the ’90s more clearly than anything else could have ever hoped.

Season 3, Episode 4 (“Happy Valley”) continues this tradition with an absolutely hilarious use of “Yo Ho (A Pirate’s Life for Me).” Just as NASA initiates Operation Jolly Roger (a clever maneuver that will allow the ship to maintain constant acceleration through the use of a solar sail that looks like a dilophosaurus), Kelly uses what appears to be an early generation iPod Classic to blast the sounds of the cleverly annoying song out to all nearby space travelers (I have to imagine the cosmonauts were very confused at this stage). Put simply, this scene and the dynamic between the two American competitors works fantastically. When I first watched this scene, I simply couldn’t keep myself from grinning. Not only is it great to see Dev Ayesa (Edi Gathegi) throw a hissy fit back on Earth, but it’s also just phenomenal to see such a vibrant sense of competitive sportsmanship between Ed and Danielle. Two years after Ed’s jealous rage over his loss of the NASA mission’s captainship, it’s nice to see that the two friends are on good terms again, even if they are now on opposing sides of a sort. Despite the intensity of the competition, the palpable sense of camaraderie between the two makes for an incredibly optimistic tone, one that is only expanded when the two take turns accepting presumptive defeat in order to save the Russians. This is the stuff that makes this show so, so great.

Unfortunately, there are other aspects of this episode that do not share such a bright and joyful quality. The alternate-history politics of “For All Mankind” has never been quite so front and center as it is in this episode. In the past, the real-life politics of the era have pretty much dictated the historical backdrop in which our characters play. There are always certain changes here and there (Ted Kennedy opts not to visit Chappaquiddick in 1969, leading him to the White House in 1972, for example), but not quite to the same degree as this season would seem to entail. Some of my favorite moments in Season 1 repurposed or invented phone calls between world leaders to reflect the fictional adjustments to history, and Season 2 even saw deepfaked historical figures like President Ronald Reagan interact with main cast members.

However, this episode rather awkwardly places our ground-level main characters in the driver’s seat of history. President Wilson argues with members of Congress over the size of NASA’s budget, and despite the space program’s enormous advances in technology, an apparently large number of Americans are displeased with such changes in their lives. Admittedly, when combined with the apparent lack of purpose displayed by Jimmy Stevens (David Chandler), this could prove fertile ground for an interesting commentary on the impacts of societal decadence, but as it stands on its own, the politics of this fictional world is just not nearly as interesting as all of the events going on in space (something even the president seems to realize at one point). While this certainly doesn’t reach the same level of snooze fest as the notorious trade negotiations in “Star Wars: Episode I – The Phantom Menace,” I’m afraid this new storyline has the potential to change things for the worse as the season moves along.

Lastly, I have to take a moment to complain about one of the dumbest characters I have ever witnessed on television. Imagine for a moment that you’re in enclosed quarters for an extended period of time with Willow or Jaden Smith. You’re both working on a big project, and you get along well enough to be relatively friendly, which is good because it’s also vital that the two of you maintain a good working relationship. With all this mind, how incredibly stupid would you have to be to suddenly get caught making jokes about the Will Smith–Chris Rock slapping incident? Now, I recognize it’s not a perfect analogy, but it’s not entirely dissimilar from the way that Nick Corrado (Daniel David Stewart) manages to stick his foot in his mouth by quoting the fictional movie centered on Gordo (Michael Dorman) and Tracy Stevens (Sarah Jones) in front of their actual son! Understandably, people generally don’t like to see their parents turned into jokes. Just. Don’t. Do. It.

Rating: 8.6/10 — I adored the way this episode opened, and the last scene had me on the edge of my seat in such a way that I simply couldn’t wait for the next episode. The politics on Earth seemed to slow the pacing to a grinding halt, but only temporarily and in such a manner that can be readily forgiven.

Best Quote:
“No need to apologize, Ed. I work for the United States of America. You work for an asshole.” – Danielle Poole

Here’s What We’re Shopping at Revolve Right Now
Vanessa Hudgens Trades Her Bikini For a Silk, Feather-Trimmed Gown
Performers of the Month – July 2022 Voting
Billie Eilish’s Plunging Bodysuit Is a Fresh Spin on ’90s Grunge
Heading Back to the Office? Stock Up on These 13 Versatile Work Tops