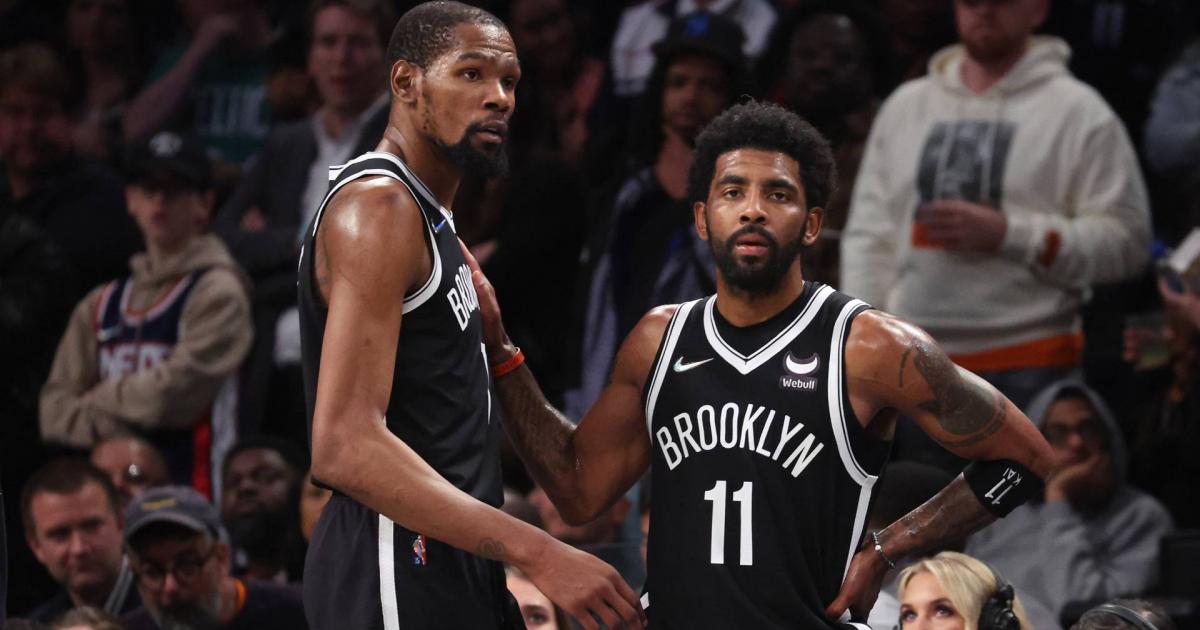 The Nets are already the center of attention for the NBA offseason.

First, it was Kyrie Irving who had the rumor mill churning with his antics before opting into the final year of his contract with the Nets. Now it’s Kevin Durant who has reportedly asked for a trade from Brooklyn.

Have both Durant and Irving played their last game in a Nets uniform?

The Sporting News has you covered with all the latest news from the Irving-Durant saga with the Nets.

Kevin Durant has “gone dark” on communication with others

Rumor: Since Durant has requested a trade, there have been numerous stars who have tried to get in touch with him to “pick his brain,” but Durant has “gone dark” and is not answering anybody’s texts or phone calls.

“KD has gone dark.” @ChrisBHaynes and @VinceGoodwill go behind the scenes of the Nets and Kevin Durant trade talks on the latest Posted Up.

Rumor: If the Nets don’t get the deal they want for Durant, this could “drag on into training camp.”

Having signed a four-year extension ahead of the 2021-22 season that does not include a player option, Durant is under contract through 2025-26.

Rumor: The Suns and Heat are “among two of the teams” on Durant’s wish list, but the Nets plan to move the 12-time All-Star “where they can get the best possible deal.” In wake of Durant’s trade request, Brooklyn’s entire roster is available to discuss in trades.

Rumor: Durant has requested a trade from the Nets despite Irving picking up his player option for the 2022-23 season.

Rumor: Durant is “monitoring” the team’s situation and “considering options with his future.” It is unclear whether Durant, who is under contract through the 2025-26 season, would request a trade if Irving doesn’t re-sign with the Nets.

Kyrie Irving, Nets at an ‘impasse’

Rumor: Irving and the Nets are at an “impasse” that could clear the way for Irving to “consider the open marketplace.” The Lakers, Knicks and Clippers are expected to be among the suitors for Irving if he leaves the Nets.