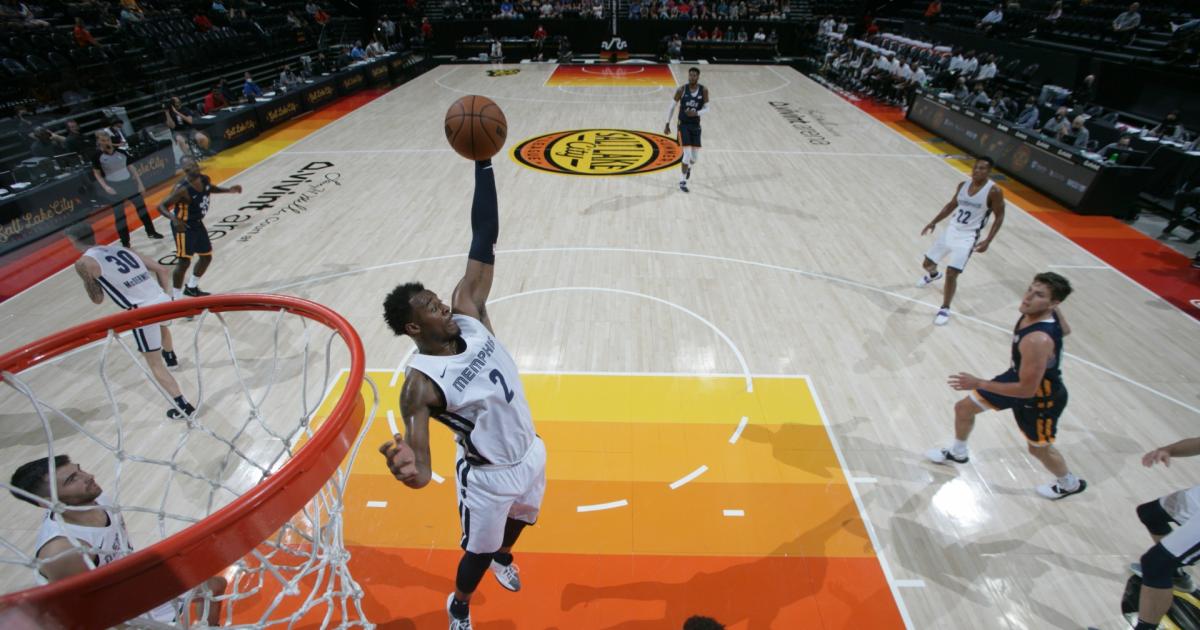 NBA Summer League continues on in Utah this week.

Before all 30 teams head to Las Vegas for the NBA 2K23 Summer League on July 7, the Jazz will host the Thunder, Grizzlies and 76ers for the Salt Lake City Summer League, an event in which six games will be played over three days.

The headline for the Salt Lake City Summer League is the first opportunity to watch the Thunder’s No. 2 overall pick, Chet Holmgren, compete at the NBA level for the first time. Along with Holmgren, the Thunder, Jazz, Grizzlies and 76ers will have all of their young talent on display as players compete for roster spots.

The Sporting News has you covered with scores and stats for each game of the Salt Lake City Summer League.

Second-round pick Kennedy Chandler came up with the hge defensive play with time running out to seal the 103-99 win for the Grizzlies over the 76ers.

Kennedy Chandler forces the turnover in the closing moments to seal the W for the @memgrizz! pic.twitter.com/Pu0xzmhrMi

No. 2 overall pick Chet Holmgren put on a show in his NBA debut. The Thunder’s star rookie went for 27 points, seven rebounds and six blocks in a win for OKC.

Chet dropped 23 PTS on 78% from the field and set a Utah Summer League Record with 6 blocks in his Summer League debut!@ChetHolmgren: 23 PTS, 7 REB, 4 AST, 6 BLK pic.twitter.com/zKEgSvLKOB

Josh Giddey had himself a triple-double in just 27 minutes, finishing with 14 points, 10 rebounds and 10 assists, while Chet Holmgren added another 11 points to go with his 12 rebounds as the Thunder stay undefeated in Salt Lake.

The 76ers notch their first win of the Salt Lake tournament behind 17 points and nine assists from Charles Bassey. The 76ers play the undefeated Thunder tomorrow.

The @sixers picked up the W behind a strong performance from Charles Bassey! 💪

The Utah Summer League will be played at Vivint Arena in Salt Lake City. There will be a total of six games played between Tuesday, July 5 to Thursday, July 7.

Games will be broadcast on ESPN, ESPN 2 and NBA TV in the United States. You can also stream games using Sling TV. Get front row access to top teams when you watch live sports online with Sling TV. Stream the action on ESPN, NBC & more.

You can find the full Utah Summer League schedule below.