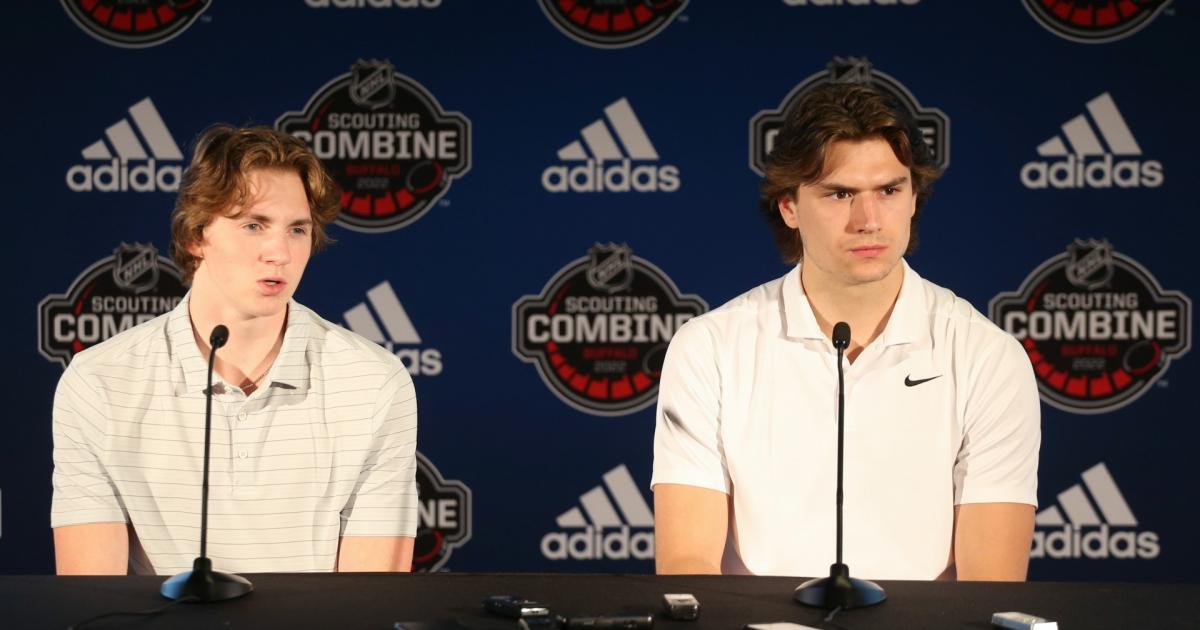 NHL free agency is just around the corner, but that may not be the first contracts of the offseason getting handed out.

The 2022 NHL Draft is set to take place over two days, starting on Thursday, July 7. There will be over 200 players that will be drafted by the weekend. With that, some players will be getting signed to deals to immediately join their NHL clubs.

Contracts in the NHL can be tricky, especially when it comes to the first ones given to rookies. Here’s a closer look at the kind of deals that first-year players can sign.

Entry-level contracts (ELC) are not limited to just draft picks, but any player that’s drafted is limited in the type of contract that they can sign.

Any player younger than 25 as of September 15 during the year of their first contract must sign an entry-level contract, according to CapFriendly. Every entry-level contract is a two-way deal and the maximum salary for a player that is drafted in 2022 is set at $925,000 annually.

With that said, entry-level contracts can include signing and performance bonuses, so the total a player makes can exceed $925,000 per year, but there are still limits to that. According to CapFriendly, signing bonuses may not exceed 10% of the contract’s total, and that is paid to players annually. Performance bonuses for entry-level contracts are paid by the team and count against the salary cap. Those bonuses can’t exceed the maximum of $2.85 million.

The length of the ELC depends on the age of the player. Here is a breakdown of the contract length:

What is an NHL entry-level slide?

The NHL is different from other professional leagues in the fact that just because a player signs an entry-level contract, does not mean they are immediately playing for an organization.

An example of this took place last year with first-round picks Mason McTavish of the Ducks and William Eklund of the Sharks. Both started the NHL season with their respective clubs, but after playing nine games, each were sent back to their junior/European clubs so that way they did not burn a year off their entry-level contract.

Here are the latest projected picks for the 2022 NHL Draft from TSN’s Bryan Murphy: