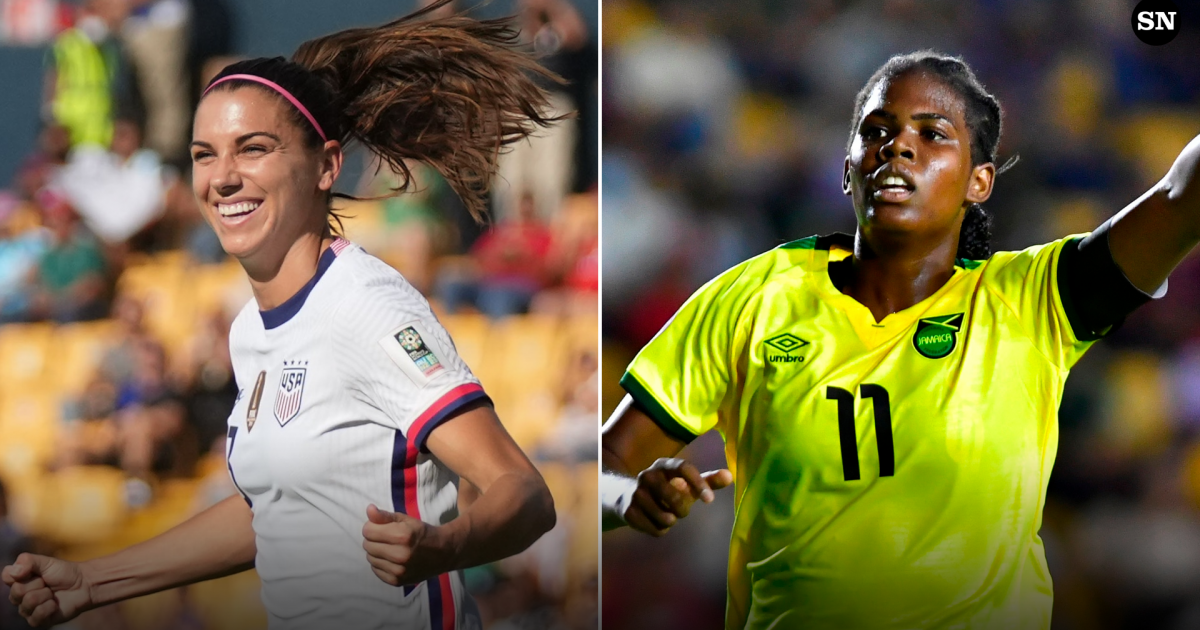 With a 3-0 victory over Haiti under their belt, the U.S. women push forward in CONCACAF W Championship group stage play with a match against Jamaica and a FIFA World Cup spot potentially there for the taking if other results go their way..

The opening victory came with an all-important three points, but there are questions still to be answered as the USWNT seeks to secure a spot in the 2023 Women’s World Cup and the 2024 Summer Olympics.

Alex Morgan scored a brace in the opening match and generally looked sharp, a positive for the U.S. given the absence of the injured Catarina Macario. Elsewhere on the pitch, however, Vlatko Andonovski has decisions to make. The center-back partnership appeared shaky at times, and the midfield was overpowered on occasion by sheer numbers.

Jamaica is no slouch, coming off a narrow 1-0 victory over hosts Mexico in its opening match. The winner of USA vs. Jamaica would take sole control of Group A, with the top two finishers earning a place in next year’s World Cup.

This will be the fifth all-time meeting between the two teams, and the fourth in CONCACAF qualification. All four previous meetings ended with a USWNT victory by shutout. Most recently, the two teams met in a 2021 friendly that saw the U.S. come away with a 4-0 win, while the last competitive meeting finished 6-0 in favor of the U.S. in 2018.

How to watch USWNT vs. Jamaica

The USWNT’s second match in Group A of the CONCACAF W Championship from the Estadio BBVA in Monterrey will be streamed exclusively on CBS platform Paramount+. Univision streaming service ViX will also carry the match for Spanish-language audiences.

We were screaming the same thing in the 16th and 23rd minutes last night!

Casey Murphy started against Haiti in goal, but Alyssa Naeher is considered the No. 1 goalkeeper and could return for a match against another stout opponent.

The player most at risk of seeing a change is Andi Sullivan who was poor at the No. 6 position against Haiti. With Kristie Mewis waiting in the wings, a change could see Mewis at the pivot with Lindsey Horan, pushing Rose Lavelle forward into a No. 10 role.

Sophie Smith came off injured at halftime against Haiti, and her replacement Midge Purce played well, potentially earning her a starting role against Jamaica if Smith can’t go. It also could be a spot for Trinity Rodman depending on how Andonovski wants to attack Jamaica. Megan Rapinoe would have received starting consideration as well, but she will miss the match as she travels to the White House to be awarded the Presidential Medal of Freedom.

MORE: USWNT player ratings after the win vs. Haiti

A dozen of the 23 players on the Jamaica roster were part of the nation’s first World Cup appearance in 2019. Most notably among that group are midfielder Havana Solaun, who plays for the North Carolina Courage, and captain Khadija Shaw who plays for Man City and scored the winning goal against Mexico on Monday.

The center-back partnership consists of Chantelle Swaby and Allyson Swaby, who are sisters two years apart at 23 years old and 25 years old, respectively. They hail from Connecticut and played collegiately for Rutgers and Boston College, now holding 41 caps between them.

In the attacking support of Shaw, young Paige Bailey-Gayle earned her third cap against Mexico, but the more experienced Trudi Carter is also a possibility on the wing.