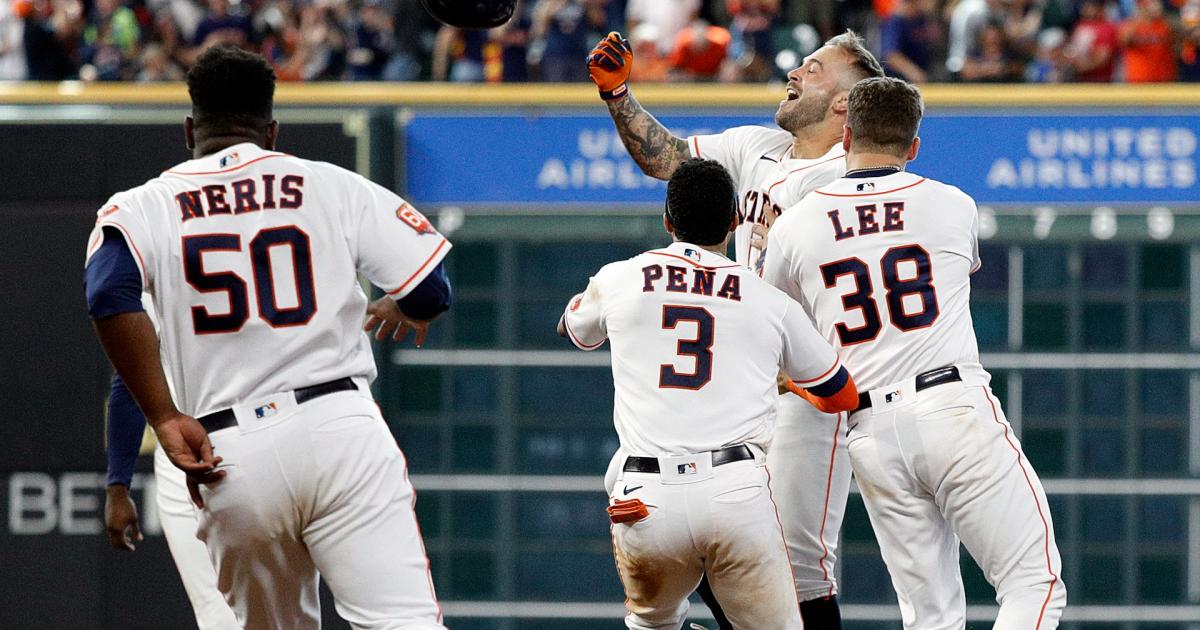 The Yankees are 64-30 on the season. They have the best record in MLB, they were tied for the most All-Stars (six, with the Blue Jays). And they’re .500 or better against every team they’ve played this season, save for two.

One of those teams is the Reds, who won two out of three at Yankee Stadium in what can be chalked up as a fluke. The other is the Astros, who took five out of seven games in their season series, capped by a doubleheader sweep Thursday, the first day out of the All-Star break.

With the twin wins, the Astros moved to 61-32 on the season, just 2.5 games back of the Yankees for the best record in baseball. Adding insult to injury for the Yankees, there’s a case to be made for the Astros to be the 1b to the Red Sox as their most hated team. Jose Altuve can’t go to Yankee Stadium without hearing “F— Altuve” chants, yet it just seems to fuel him.

The Astros knew heading into this series they were under the Yankees’ skin. They knew there was blood in the water. So the Astros’ TV broadcast crew dropped this masterpiece before Game 1 on Thursday:

The Astros made an interesting promo video for today’s doubleheader against the Yankees.

The Astros won the first game 3-2 on a walk-off infield hit after the Yankees tied the game in top of the ninth. They won Game 2 7-5 after, once again, being forced to sweat the ninth inning. They led 7-2 going into it.

The TV side called its shot with that video, and the team lived up to it.

With the season series wrapped up, some of the highlights for the Astros against the Yankees include posting a combined no-hitter in Yankee Stadium; never allowing a Yankees batter to walk up to the plate with a lead; and finishing the season series 3-0 at Minute Maid Park.

Potentially as important, the Astros now own the tiebreaker over the Yankees if the teams finish with the same record.

While MLB and its orbit of coverage has been focused on the Yankees’ dominance, the Astros have, relatively quietly, been almost as good. Perhaps it’s time to pay them more mind.