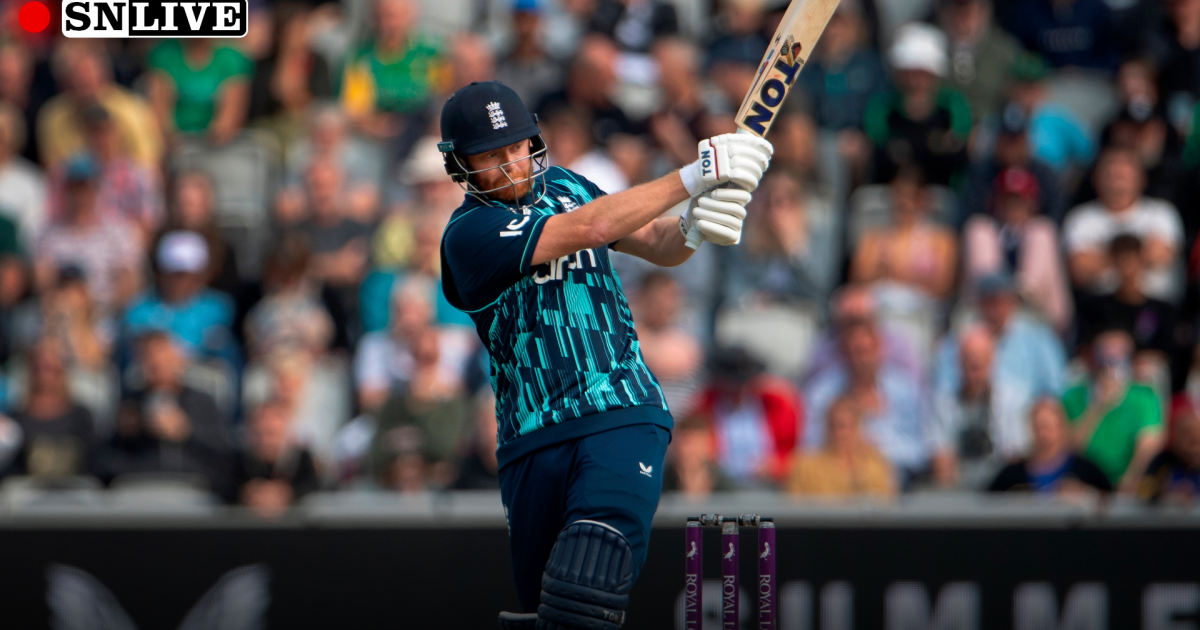 England will aim for a first limited-overs series win of Jos Buttler’s fledgling tenure as captain when they take on South Africa at Headingley in the third Royal London One-Day International.

Faced with the far tougher proposition of India, England went down 2-1 in each of their T20I and ODI series this month.

South Africa picked up a dominant 62-run win in the opening game at Durham, inspired by Rassie van der Dussen’s superb century, although the hosts roared back to win a rain-reduced contest at Old Trafford by 118 runs on Friday.

The Sporting News is at Headingley and will be providing live updates throughout the day.

England vs. South Africa updates, highlights and analysis from the 3rd ODI at Headingley

10:30 a.m: The captains are out in the middle for the toss and Maharaj calls correctly. South Africa win the toss and will bat. Given how they performed last time out and a reasonable amount of cloud cover, I don’t think England will mind that too much.

Unchanged for the decider!

South Africa win the toss and elect to bat.

10:10 a.m: Last time England were at Headingley, we found Jonny Bairstow and Joe Root in swashbuckling form en route to dominant seven-wicket win over New Zealand. White-ball batting has proved a tougher task for both since. Bairstow’s 86 at the top of the order and Root’s 63 in the opening game of this series at Chester-le-Street is the only time either has passed 50 in ODIs this season.

9:50 a.m: Sunshine has broken through some early morning clouds in Leeds, meaning it feels like there’s a good chance we’ll get a decent game to settle this three-match rubber. Showers are scheduled for the afternoon and that is something the captains will factor into their thinking at the toss. England have been bowled out in all five of their home ODIs this season, while South Africa were rolled for 83 in Friday’s rain-reduced second match at Old Trafford.

Both of those factors, along with Headingley’s reputation for helping seam bowlers on humid mornings such as this and the white Kookaburra ball’s tendency to swing this summer, all point towards asking the opposition to have a bat. However, the surface looks good and it might be better to get close to an unbroken innings in first before conditions potentially bring Duckworth-Lewis into play.

9:30 a.m: Hello and welcome to The Sporting News‘ live coverage of the third ODI between England and South Africa at Headingley.

MORE: England rediscover their mojo to set up ODI decider against South Africa

There is a good chance of both XIs remaining unchanged in Leeds. For England, this is partly down to a lack of alternatives within the initial squad selected for the games. Ben Stokes has retired from ODIs, Harry Brook was released to play County Championship cricket for Yorkshire and seamer Brydon Carse is out with a bruised big toe.

On to Leeds for the decider

In South Africa’s case, the sense is that their accomplished showing at Durham will carry far more selection weight than a collapse in a reduced-overs slog at Old Trafford.

How to watch England vs. South Africa

Sky Sports Cricket is the place to keep up with all the action for viewers in the UK. Subscribers can also stream via the Sky Sports website or the Sky Go app.

In the US and Canada, fans will be able to follow the cricket from Headingley live on Willow TV.

Did T.I. Punch The Chainsmokers’ Drew Taggart Over a Kiss on the Cheek? He Says…
A League Of Their Own Season 1 Review: A Worthy Successor To The Beloved Film
When are NFL roster cuts 2022? Deadline date, rules, practice squad salary & more to know
Cobra Kai Season 5 Trailer Teases Old Enemies, New Faces, & More
Roswell New Mexico – Episode 4.11 – Follow You Down – Promo + Press Release