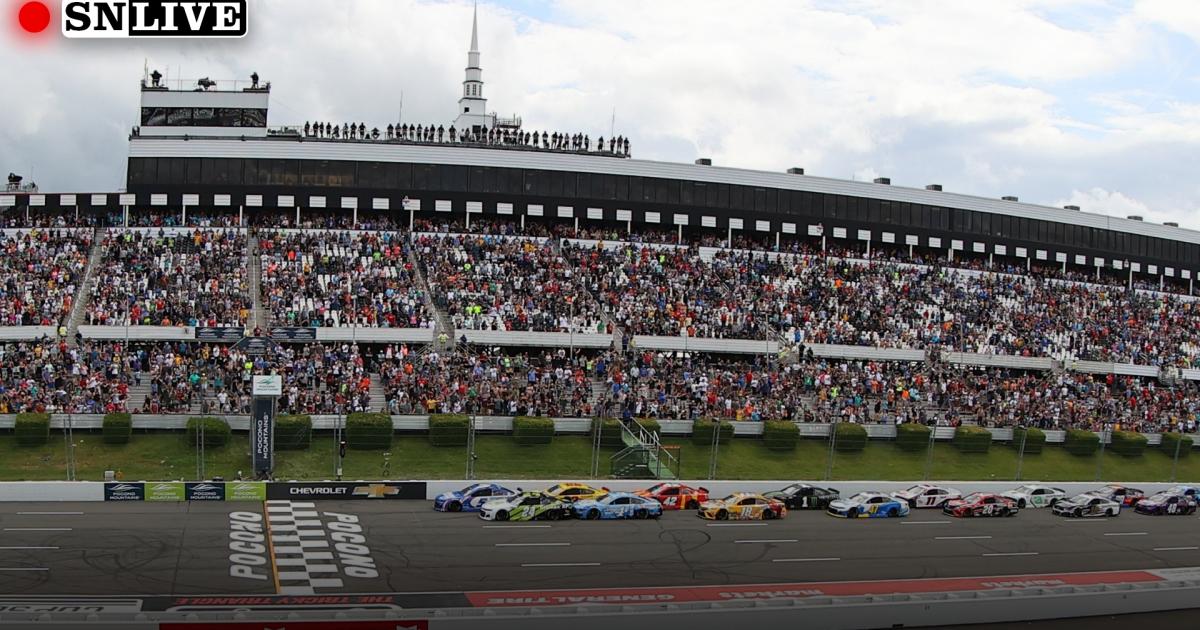 The Joe Gibbs Racing veteran has found unprecedented success at the Tricky Triangle, claiming six wins on that iconic Pocono asphalt. Hamlin and Jeff Gordon are the only racers to accomplish that feat.

With a victory on Sunday, Hamlin would hold the Pocono crown, though — he’d officially become the winningest racer in track history.

He took a major step in the right direction on Saturday, taking the pole after posting an impressive lap time of 52.944 seconds. Hamlin will be joined in the first row by JGR teammate Kyle Busch

There are a gaggle of racers who could take the checkered flag Sunday. But it’s hard to imagine it meaning more to any one else but Hamlin, who has taken to Pocono in a way not seen very often in motorsports. One more victory and the track record is all his.

Sporting News is tracking live updates and highlights of Sunday’s race, the M&M’s Fan Appreciation 400, held at Pocono Raceway. Check out all the action from Sunday’s race as it happens below.

3:13 p.m. – First caution flag of the day is waved after Team Penske’s Austin Cindric skids into Turn 3, popping his tire.

3:07 p.m. – Already a little trouble early for Denny Hamlin. The six-time Pocono winner clipped into the corner in Lap 1. He’s now in fourth place. Kyle Busch has a 1.5 second lead over Chase Elliott at the moment.

Sunday’s race is scheduled to start at 3 p.m. ET, although the green flag is expected to be waved closer to 3:06 p.m. ET.

What channel is NASCAR on?

The M&M’s Fan Appreciation 400 will be broadcast on USA Network. Canadian viewers can follow along with all the action from Pocono on TSN5.

Cord-cutters can tune in via Peacock or fuboTV, which offers a free trial.