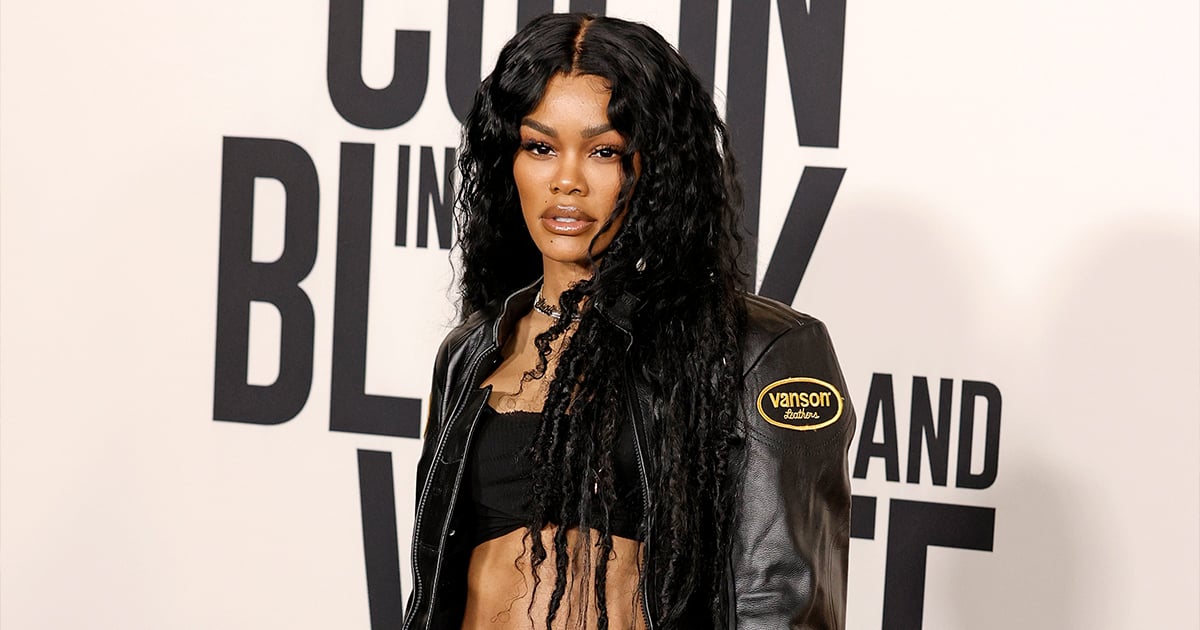 When it comes to the low-rise trend, there are no rules. A day after Julia Fox was spotted in the streets of New York wearing leather pants with possibly the lowest rise ever seen, Teyana Taylor offered her own take on the polarizing look. Posing in the middle of a desert, the singer and dancer rocked cargo joggers with hip cutouts that dipped into her thighs. Taylor paired the affordable PrettyLittleThing pants with an ubercropped white tee, drawing attention to her incredibly toned midsection. As her striking trousers made a statement, she kept her accessories simple with gray-and-white Nike sneakers, a bucket hat, and a necklace.

Though the daring silhouette has become somewhat of a signature look for the musician, her latest outfit reached a new extreme. At the Billboard Music Awards in May, Taylor wore a black Skims bra top with thin straps to complement her low-rise leather pants from Givenchy, exposing her thong strings. She also wore a notable pair of leather pants that skimmed her hips with a crystal-encrusted chain belt at Rolling Loud last summer.

Despite some opposition, the early-aughts trend has continued to persist, with celebrities recently opting for riskier takes on the controversial cut. With a thigh-high slit and a belt hanging on the side, Keke Palmer wore one made out of suiting material for the “Nope” world premiere just last week, while Halsey chose a sarong-like mesh version to match their corset at the launch of their new beauty brand, AF94.

Ahead, take a closer look at Taylor’s full outfit and shop her exact joggers.

11 Over-the-Knee Boots to Make a Statement in This Fall
Euphoria’s Sydney Sweeney Channels Not Cassie But Maddy on the Red Carpet
Watch The Real Housewives of Beverly Hills Online: Disco Inferno
Does Kylian Mbappe want Neymar out of PSG? Penalty row threatens to spark civil war as Ramos and Campos step in
Marsai Martin’s Birthday Dress Has a Thigh-High Slit and Embellished Neckline