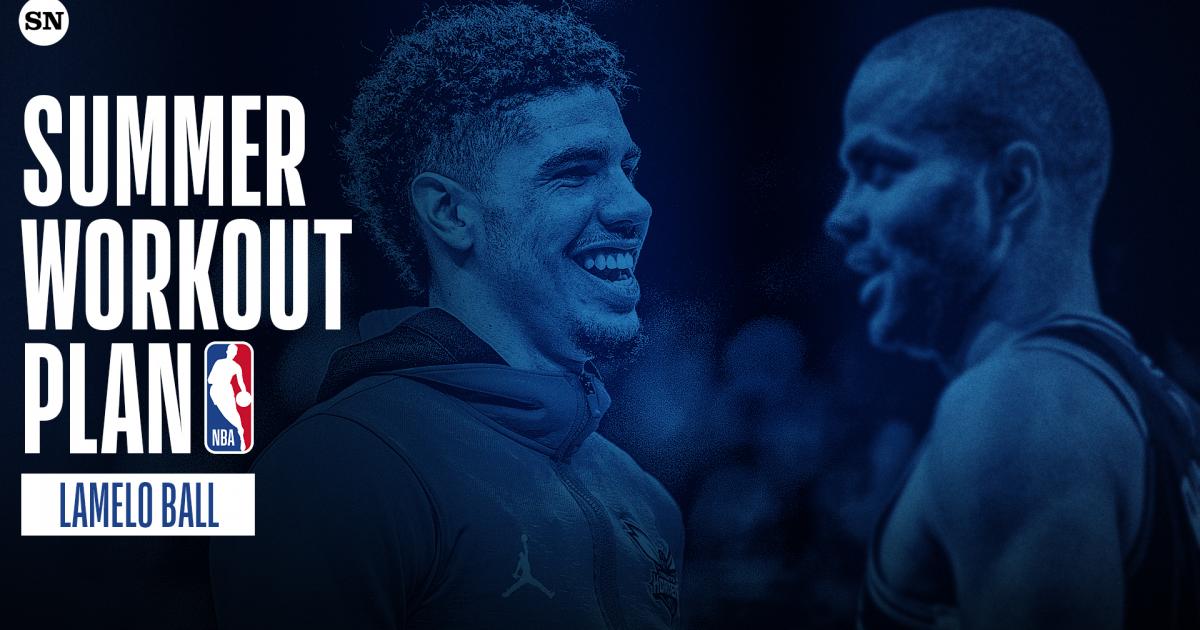 Welcome to “Summer Workout Plan,” our annual offseason series in which we dive into a specific area for improvement for certain players to take the next step in their development.

After taking home Rookie of the Year for his work in the 2020-21 season, Charlotte’s point guard made another leap in Year 2, becoming the fourth-youngest All-Star in NBA history with averages of 20.1 points, 7.6 assists and 6.7 rebounds per game.

With everything that Ball has accomplished before his 21st birthday, it feels as though he is on a fast track to superstardom, but what does that next step entail?

Coming into the league, there were a number of question marks around Ball and whether or not his game would translate to the NBA level. Sure, he was an excellent playmaker with elite passing ability, but how else could he make his mark offensively?

However unorthodox Ball’s jumpshot may look, he’s been more than respectable from the perimeter, where he’s generated nearly half of his scoring. This past season, he knocked down 2.9 3s per game at a 38.9 percent clip, turning in 28 games with four or more treys, including a career-high eight triples against the Bucks in early December.

As a 6-foot-7 point guard, Ball has a size advantage over most of his matchups, but his slight frame can sometimes impede him from finishing among the trees. Ball will get stronger with time and has flashed the ability to finish above the rim, but there’s one specific addition to his game that can allow Ball to transcend to another level.

Stats from the 2021-22 season say that Ball connected on north of 90 floaters, one of which is depicted in the above drive, where he comes off of a screen, stops just below the free throw line and scores over Memphis’ Steven Adams.

While the numbers suggest that Ball has proven to be proficient in going to his floater, there’s a bit more than what meets the eye. A number of Ball’s floaters could be better described as “running jumpers,” while others are nearly impossible to describe.

Let’s call them “Only LaMelos,” since LaMelo Ball might be one of the only players capable of pulling something like this off in an NBA game:

While Ball’s talent allows him to do things like the play above, he can adopt a much more sustainable floater model from a certain former Hornets point guard.

(I’m sorry, but I refuse to pretend that this didn’t happen.)

Forgettable season with the Hornets aside, Tony Parker made a living off of his signature teardrop floater, a shot that, as a wiry 6-foot-2 point guard, allowed him to make an immediate impact on the offensive end as a 19-year-old rookie in San Antonio and throughout his 18-year career.

“It just came naturally, ’cause I was small,” Parker said of his signature finish in a 2019 feature surrounding his jersey retirement. “I had to find a way to shoot above the big guys.”

While it came naturally for the smaller Parker, Ball has an advantage in that he’s five inches taller and has a natural — albeit unique — shooting touch. Parker was never a perimeter shooter of Ball’s caliber.

I mention Ball’s natural shooting ability to say he certainly has the capability of developing a Parker-like floater package.

MORE: Why did the Hornets hire Steve Clifford as head coach?

When going downhill, Ball tends to go to his running jumper from the mid-range, which, in a vacuum, isn’t necessarily a bad option. The issue, however, is that with one or two more bounces, Ball could get further in the paint, which is where a Parker teardrop would come in handy, especially given Ball’s tendency to try to get to the other side of the rim when he does reach the lane.

That means needs less of this:

In the above instances, there is a big difference in the drivers’ mentalities.

On Ball’s drive, the 6-foot-5 Javonte Green causes him to opt for a double-clutch layup, where he is met by 6-foot-5 Coby White. Although Green does have extreme bounce, he isn’t exactly a staunch rim protector, but Ball had already committed to the layup by taking off from the broken lines in the lane, rather than remaining in control to opt for a floater or a teardrop.

Parker’s situation is slightly different as there is far less spacing, which, in some ways, makes his finish more difficult. Aware of 7-footer Tyler Zeller in the paint, Parker does stop at the broken line where he quickly releases his floater before Zeller can make a play on the ball.

Ball is an instinctive player and the amount of spacing that he appeared to have could have resulted in him looking for the layup, but the floater is a much better option for him in such instances.

And he’s already proven to be capable of doing so:

Standing at 6-foot-9, Toronto’s Dalano Banton is one of a short list of NBA point guards that have a height advantage over Ball. With Banton chasing him over a ball screen, Ball opts for the floater while using his body to fend off Banton’s length.

Here, Ball gets past perennial All-Defensive Team member Giannis Antetokounmpo but is met by 6-foot-10 Bobby Portis. Similar to his play against Toronto, Ball is poised and, in this instance, gets to the broken line before committing to the one-legged floater.

Ball’s running floaters and “Only LaMelos” have brought marginal success, but, the teardrop floater can unlock Ball offensively as a scorer and as a playmaker.

Because of the way Ball gathers to go for his typical running floater, what he looks to do becomes apparent and the defense can adjust — and contest — accordingly.

With a more natural, one-legged floater like Parker, Ball could take a note from a former assist champ in James Harden, who, as TSN’s Scott Rafferty has documented, plays mind games with defenders who can never tell whether or not a floater or lob is coming.

From Year 1 to Year 2, Ball became a 20-point per game scorer thanks in large part to his improvement as a 3-point shooter. To take the next step, a teardrop floater would place Ball into another echelon of scorers from the lead guard position.

With exciting young bigs Kai Jones and Mark Williams ready to catch lobs, the floater could result in more playmaking, too.