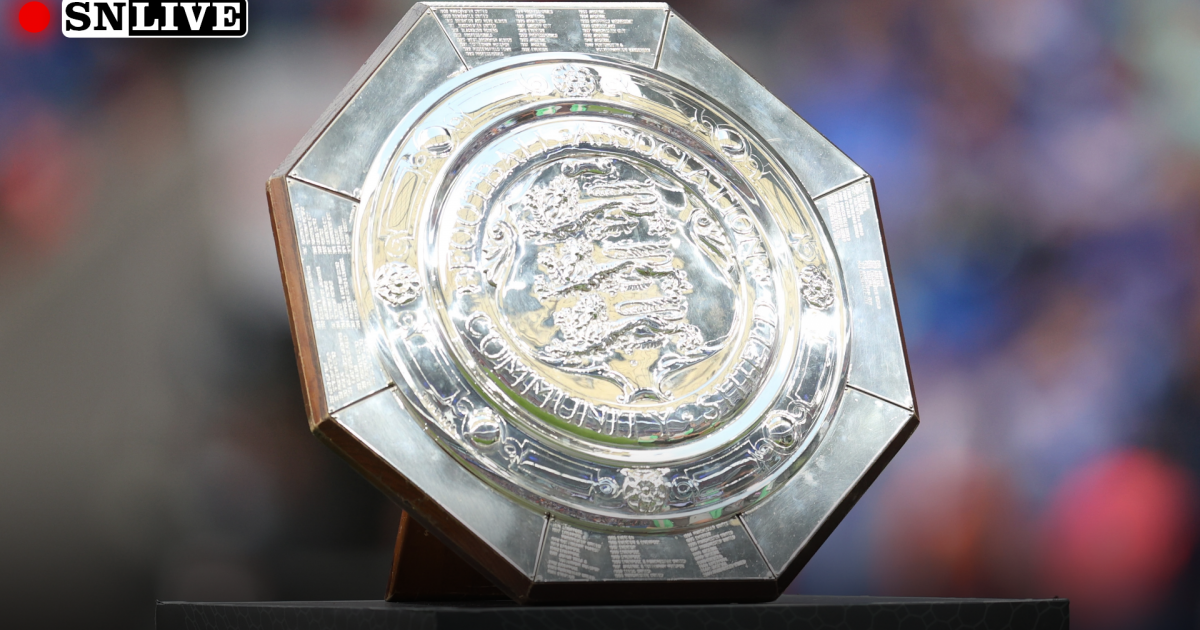 Darwin Nunez could make his competitive debut for the Reds off the bench, with the Uruguayan striker effectively filling the enormous void left by Sadio Mane, who joined Bayern Munich this summer. Nunez’s four goals against RB Leipzig earlier this month came after a difficult start to preseason.

For City, meanwhile, all eyes are of course on Erling Haaland. The barely-believable physical presence of the Norwegian will provide a fresh test for Liverpool centre-backs Virgil van Dijk and Ibrahima Konate, with Haaland having netted 29 goals in 30 games across all competitions last term.

Pep Guardiola’s men enter this showpiece showdown with the stronger recent record, staying unbeaten in their last five games against Liverpool. However, their last knockout meeting was a 3-2 victory for the Merseyside giants in April’s FA Cup semi-final.

The Sporting News is live from the East Midlands this evening, providing live score updates and commentary below.

50 mins to KO: Since Manchester United in 2010, the team winning the Community Shield has a very poor record in going on to win the Premier League. Only City, after defeating Chelsea 2-0 at Wembley in 2018, have gone on to lift the title later that season.

1 hour to KO: Team news is here! Haaland starts for City, but Nunez has only been named on the bench for Liverpool.

Our line-up for today’s #CommunityShield meeting with @ManCity 📋

1 hour 15 mins to KO: Liverpool enter the new season having missed out on the Premier League title in agonising fashion, yet again, to City in May. Klopp has used his programme notes here at the King Power to downplay any frustration, though: “Our respect for this City team could not be higher. They arrive here as champions and, though we can be incredibly proud for pushing them all the way, they deserved their title and now our job is to start the race all over again.”

1 hour 30 mins to KO: For City, this evening represents only their third game of preseason — the previous two being wins over Bayern Munich and Club America —  in a summer which has seen some intriguing changes to the squad. Haaland and Kalvin Phillips have arrived, with several key departures including Raheem Sterling, Gabriel Jesus, Oleksandr Zinchenko and Fernandinho.

1 hour 45 mins to KO: Liverpool have lost their last two Community Shield games, making this the only trophy Klopp is yet to lift as manager of the Reds. Most recently, as league champions they fell to a penalty shootout defeat against Arsenal in 2020, after a year before suffering the same fate versus today’s opponents. Both ties ended 1-1.

2 hours to KO: Welcome to The Sporting News’ live coverage from King Power Stadium in cloudy Leicester, as Liverpool and Man City raise the curtain on the new season.

How to watch Liverpool vs. Man City

*All odds refer to regulation time.