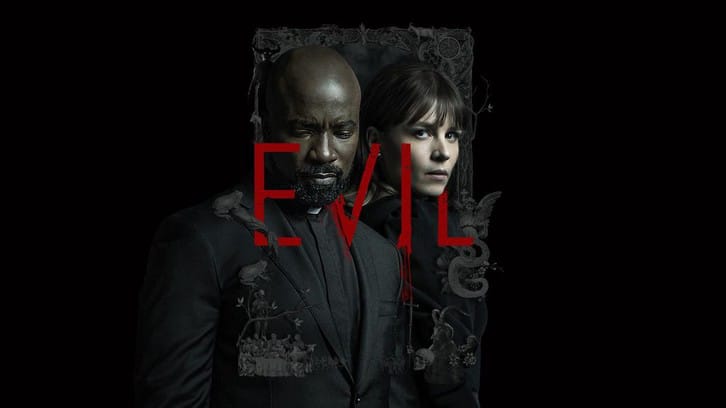 3.08 – The Demon of Parenthood
Written by Sarah Acosta
Directed by Aisha Tyler

Loved so much of this episode! Even the parts I felt were clunky worked for me.

First of all, how is everyone doing? Take some deep breaths, maybe sip some water. I’d say drink one of those awful-looking cans of margaritas Kristen chugs, but ick.

I am more than freaked out by the last scene. I thought that the baby would end up being the darkness of the story, but it was the husband.

How many people think Lexis saw exactly what the manager looked like and what he was? After all, she is a demon, too. Sheryl seemed surprisingly relieved that her granddaughter didn’t see the demon as a demon, which gives me hope for her as a life form. What, if anything, will she do when she finds out Lexis’s destiny? 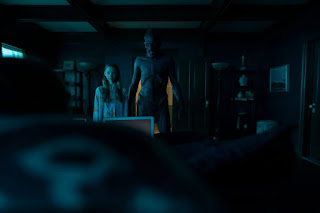 Kristen and David had some really good scenes together and some interesting conversations. I never considered that David could be part of the Entity since the beginning and possibly one of the people also manipulating her life. I don’t think he was involved initially, but he might become more involved over time (i.e., in the next two episodes). Kristen is very honest with David about how she feels, which is not something that’s been happening for a bit. She isn’t sure how to trust him after the revelation about Lexis, yet she loves him deeply, but only as a friend. That train is back on the track, and as long as they can continue working together, I think their friendship will continue to grow stronger. And I hope Ben is more involved, too. I like that he and Kristen have a little separate friendship from David, like when she was talking about the egg. 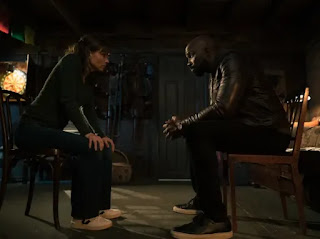 I would rather the egg had been destroyed, given what ultimately happened. I was utterly floored when we found out that the egg had been implanted into a perfectly charming woman who would soon suffer horribly because Evil.

At her heart Kristen is a mother. A nurturer. She understands what Valerie had been going through trying and failing to have a baby, and that’s what binds them. It’s her baby, and it’s Valerie’s, too. So Kristen is willing to share a little bit of Sara.

When Logan tells her that the baby’s heartbeat sounds like a growl, Kristen tries to calm him, even as her fears begin to fester. She and Ben agree that nurture can outrun nature, and Kristen is a highly nurturing woman. She even nursed and cuddled a demon child in her kitchen that may or may not have been real.

You can feel the darkness over Logan and Valerie from the minute you meet them. They are too kind and accepting, although you can tell Joel is a little freaked out by the potential growling when he listens to the heartbeat. Honestly, though? I think that part of the storyline was a little weak. I needed more action. Logan was scared of Sara’s heartbeat, then went nuts in the yard. Then he kills his wife and unborn child. Why? It seems a little out of nowhere, and enough hadn’t, in my opinion, happened to turn him mad. I was expecting Valerie to do something, or the baby being born early and somehow causing the parents to kill one another. But I didn’t feel Logan’s fear, although it was there. And poor Kristen, having to see her dead child. If she isn’t catatonic by the beginning of the next episode, she is the strongest woman in the world. I cannot wait to see how she handles this loss, and I hope her friends help keep her on an even keel.

Grace is back! David played some word games here and there and somehow managed to help the Entity straighten some confusion about who could set Grace free. So, what was that pile of clergy where Leconte was working, a mobile Entity? I enjoyed seeing something David was asked to do by Leconte go from beginning to end. To see the results of the sometimes bizarre things he’s asked to do, like the honky-tonk mix-up and the tremendously evil toys Ben got to play with. Too bad he didn’t take them to the Science Club.

Kurt is in over his head, entirely under Leland’s spell. Wherever he slows down from typing his memoir Leland pops up like the Jack-in-box and tries to entice the poor man into another ill-advised adventure. This week he decides to let a demon inside him and then get exorcised. And who’s going to exorcise him? David? Where is Sister Andrea? Will Kurt be able to break free?

The scariest part of the episode is at the end when Grace is thanking David for setting her free. He thinks that statement is a bit much, but she doesn’t. “God knows what you did” she tells him. “And God knows what you’ll do next.” This is not something I’d want to hear from a prophet.