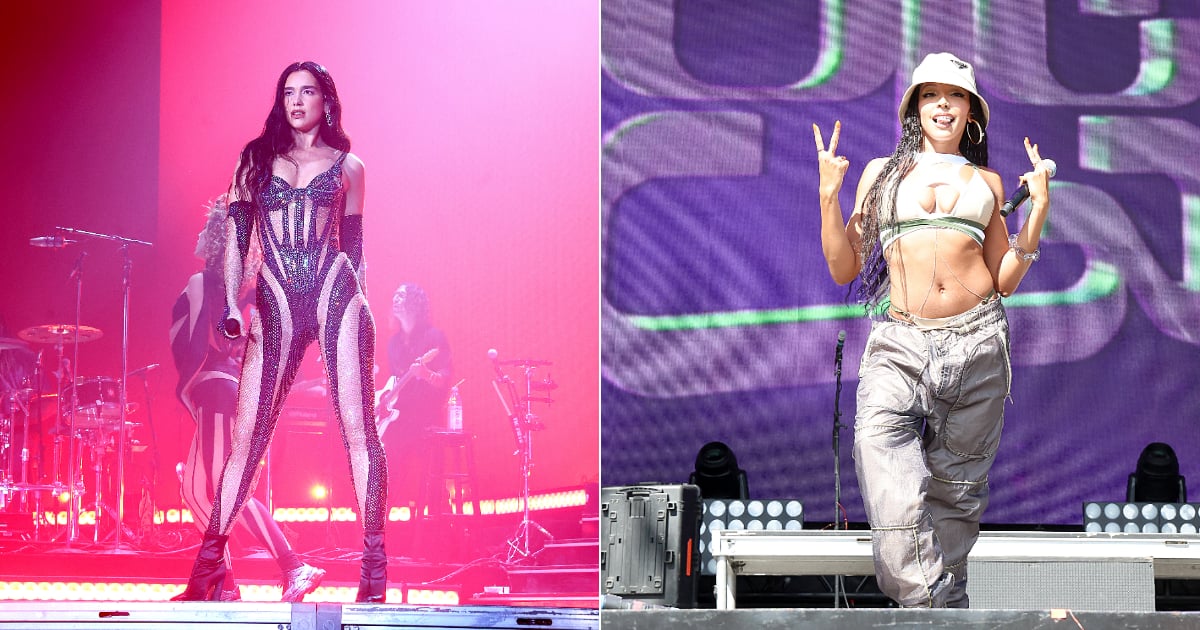 The four-day Lollapalooza festival returned on Thursday, July 28, with a star-studded lineup and a massive crowd of music fans in Chicago. Dua Lipa was among the performers who wowed the crowd on day two, wearing a look that’s become her stage uniform since her “Future Nostalgia” tour. The singer sparkled in a bedazzled Mugler catsuit covered in sequins. It featured a corseted top with sheer panel cutouts at the midsection and long leggings that were slashed with the same cutouts. Lipa accessorized with matching gloves and topped off the look with a pair of black ankle-length boots in a velvet finish. Placing focus on her stunning costume, she kept her neck bare but opted for silver dangle earrings, as her hair was styled into curly waves.

Lipa joined other stars who commanded the stage both with their performances and their festival outfits. Tinashe, for example, appeared casual cool in low-rise baggy jeans, a cutout bra top, and a bucket hat. She let her underwear band peek over her hips, then amped up the ensemble with a dainty gold body chain. Rapper Baby Tate also pulled off the low-rise trend in an anime-inspired two-piece set, complete with a chest-cutout cami top and trousers — both pieces printed with a striking avatar face. Meanwhile, Machine Gun Kelly made a sharp entrance in a hot-pink spiked leather jacket, worn without a shirt and paired with patent-leather jeans and boots.

These celebrities served up fresh outfit inspiration, tapping into many popular 2022 festival trends, including cutouts, corsets, sheer inserts, low-rise bottoms, and loud prints. Keep scrolling to see more of what they wore.