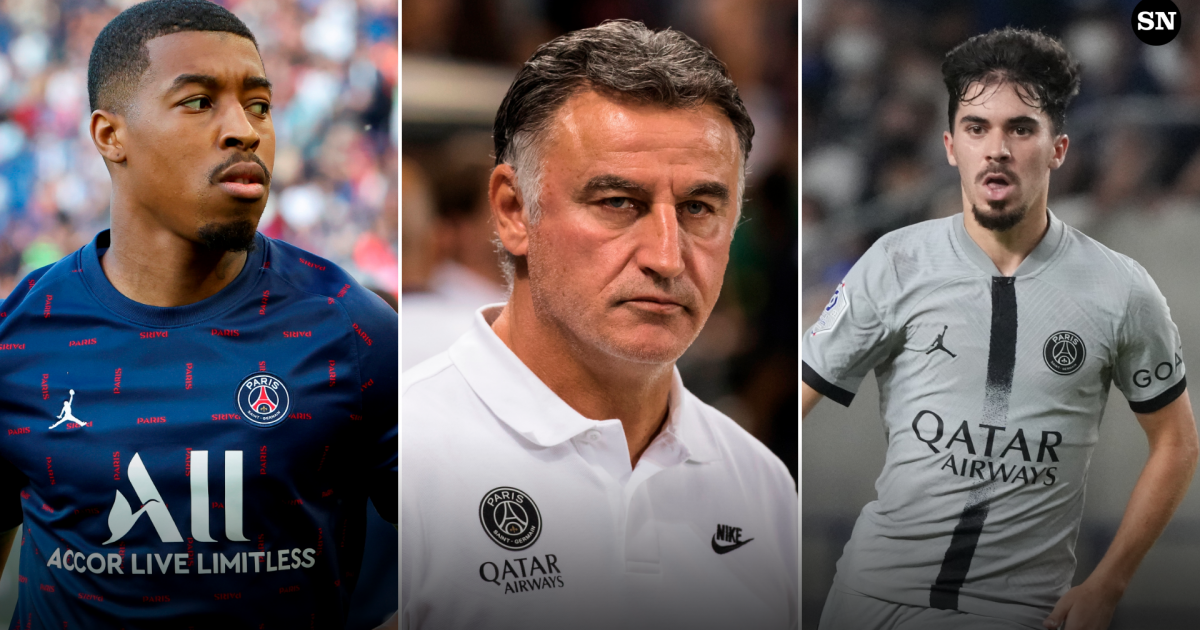 With Kylian Mbappe’s short-term future at the club secured, PSG will now go about bolstering the squad further with the French club still hungry for elusive Champions League glory.

PSG have made a number of moves this summer, helping to boost new manager Christophe Galtier in his first season at the club. Now, there will likely be corresponding moves out as the PSG squad thins for the start of the season.

Marquinhos is a rock at the back for PSG, but the French side has thus far failed to provide the Brazilian with an adequate partner. The club looked to upgrade from Presnel Kimpembe this summer, but he stays at the Ligue 1 side.

In the middle of the pitch, Marco Verratti was a standout performer last season for PSG. Alongside him, however, the combination of Leandro Paredes, Idrissa Gueye, and Danilo Pereira have yet to see PSG truly challenge other Champions League clubs for midfield supremacy. That brought Vitinha from Porto, who has made an immediate impact.

Up front, the club is starving for talent to back up the three-headed monster of Mbappe, Lionel Messi and Neymar. The latter has proven injury prone throughout his PSG career, but the dropoff to the likes of Mauro Icardi and Julian Draxler has been stark.

The Sporting News is rounding up the key updates – all day, every day – below.

With the PSG squad bursting at the seams, especially in midfield, one player always thought to be headed out the door is Dutchman Georginio Wijnaldum.

According to Gazzetta dello Sport in Italy (passed on by Canal Supporters), Wijnaldum is nearing a switch to Serie A side AS Roma to join up with Jose Mourinho. The proposed move would be a loan deal with an option to buy.

Wijnaldum joined PSG two summers ago from Liverpool, but immediately struggled and was never able to lock down a place in the side. The 31-year-old has two seasons left on his PSG contract, but neither party seems particularly keen on him remaining in Paris.

According to Fabrizio Romano, Argentine midfielder Leandro Paredes is nearing a move to Juventus on loan, but there are complications to work out. Aaron Ramsey’s departure has cleared up space in the Juve wage bill, but another departure is still necessary to bring Paredes to Turin.

The 28-year-old has been at PSG since the summer of 2019, and while he has grown into a consistent starting role with the Argentina national team, he has yet to do the same at the club level. This summer, young Portuguese midfielder Vitinha arrived from Porto and has supplanted Paredes in the midfield pecking order.

UPDATE (July 30): Italian publication Gazzetta dello Sport says that Juventus are still trying to secure Paredes on loan, but there are details to be hashed out. The report states that Juventus want a basic one-year loan, while PSG want to insert an obligation to buy for €15 million at the end of the deal.

Presnel Kimpembe to stay at PSG amid Chelsea interest

PSG defender Presnel Kimpembe will reportedly stay at the French club despite heavy interest from Chelsea over the past few weeks.

According to Le10Sport in France, Kimpembe has decided to remain at the French club after a summer of questions over his future. The 26-year-old has spent his entire professional career at PSG and his contract expires in the summer of 2024.

“I want to know what the project of the club looks like. I didn’t say anything wrong,” Kimpembe said in June after news of his possible transfer desires went public. “I joined the club when I was nine or 10 years old. I think it’s a legitimate question to ask, about the future project, and what role I am going to be given.”

Chelsea were reportedly interested in Kimpembe, especially after missing out on Jules Kounde, but the Blues will need to look elsewhere for defensive reinforcements.

Neymar to stay at PSG

Neymar is set to remain with PSG ahead of the 2022/23 season despite the club’s willingness to offload the Brazilian star.

The former Barcelona forward is under contract at the Parc des Princes until 2025, but the Parisians want to remove his huge wage from their salary bill, after securing a renewal for Kylian Mbappe.

Neymar looks set to hold his ground and reject an exit, with no incoming offers for the 30-year-old, as per The Athletic.

*Nuno Mendes deal was a loan made permanent

Kylian Mbappe: In the biggest surprise of the summer, Kylian Mbappe announced soon after the conclusion of the European season that he would remain at PSG despite heavy interest from Real Madrid. His two-year contract is gargantuan, according to reports, with the New York Times stating that after taxes, he will make €123.5 million as a signing bonus and €74 million in salary over two years, plus the unknown cost of a mutual option for a third season. He could still eventually depart for Real Madrid over the next few years, given the short lifespan of his new PSG deal.

Vitinha: The young midfielder signed a five-year deal with PSG after moving from his home country of Portugal, and early signs are that he’s highly thought of and could get a starting role. He even could be pushing Leandro Paredes to a move elsewhere, suggesting new manager Christophe Galtier is a big fan.

Nordi Mukiele: The 24-year-old signed a five-year contract at PSG. Mukiele is a versatile defender who returns to the French league, where he played a year for Montpellier before signing for RB Leipzig in 2019.

Hugo Ekitike: The 20-year-old striker was wanted by many around Europe, but he reportedly only wanted a move to PSG. While the deal is officially a loan, many reports state that a €36 million deal could not be completed due to logistical issues between the player and his former club, meaning it is officially a loan with an option to buy.

Below is the updated PSG first-team roster. New additions during the summer 2022 window are noted in bold: