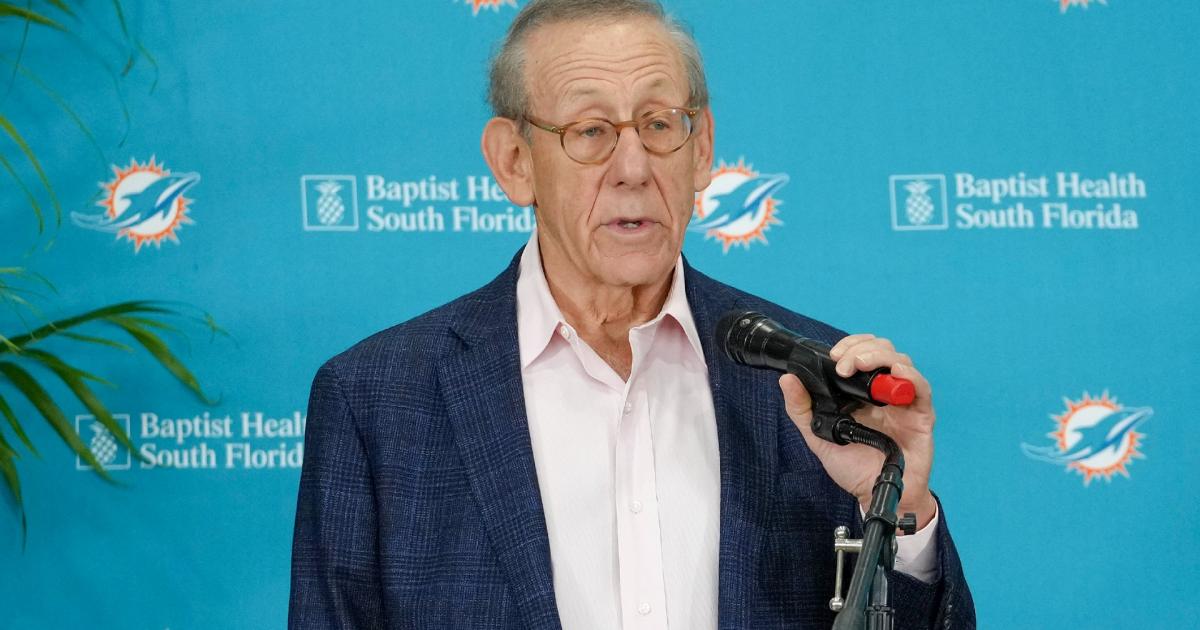 The NFL has now seen two major investigations come to a close in the last two days. On Monday, former federal judge Sue L. Robinson revealed her verdict in the Deshaun Watson case, announcing that the Browns quarterback would be suspended six games to begin the 2022 campaign.

On Tuesday, the NFL announced the findings of the tampering and tanking case against the Dolphins, who were hit with a hefty punishment for violating the “integrity of the game.”

The NFL announced it stripped the Dolphins of two draft picks — including a 2023 first-round selection — after finding the organization guilty of tampering with Tom Brady and Sean Payton while they were under contract with other NFL teams. Dolphins owner Stephen Ross was fined and suspended as a result of the investigation.

Below is a complete breakdown of the NFL’s findings in the tampering and tanking case as well as a breakdown of what this result means for the Dolphins moving forward.

MORE: Everything we know about the Tom Brady-Sean Payton-Dolphins rumors

The NFL launched an investigation into the Dolphins after allegations made by Brian Flores. The former Miami coach alleged that the team had urged him to tamper and tank during the early stages of his three-year tenure with the team.

The NFL announced its findings from that investigation on Tuesday. The league found that the Dolphins and owner Stephen Ross violated the NFL’s anti-tampering policy on multiple occasions beginning in August of 2019.

As a result, the league is taking the following actions to punish the Dolphins, per the NFL’s summation of the investigation:

While the Dolphins were found guilty of tampering, the NFL said its investigation uncovered no evidence that Miami intentionally lost games in 2019 or that any executives, including Ross, compelled them to do so. As such, the Dolphins were not punished for tanking.

Still, the tampering results were damning enough, so the NFL came down hard on the Dolphins.

How did Dolphins owner tamper with Tom Brady, Sean Payton?

Rumors circulated during the 2022 NFL offseason that Ross and the Dolphins targeted a Tom Brady and Sean Payton pairing after both retired from the NFL. It turns out that was true.

The Dolphins held “impermissible communications” with both Brady and Payton as they looked to retool their organization during and after the 2021 NFL season, according to the investigation’s findings. But their illegal pursuit of Brady dates began years earlier.

According to the NFL’s investigation, Miami first contacted Brady ahead of his final season with the Patriots in 2019. The discussions between Brady and the team were orchestrated by Dolphins vice chairman Bruce Beal under the watch of Ross.

Those communications began as early as August 2019 and continued throughout the 2019 season and post-season. These numerous and detailed discussions were conducted by Mr. Beal, who in turn kept Mr. Ross and other Dolphins executives informed of his discussions with Mr. Brady.

That wasn’t the only time that the Dolphins reached out to Brady impermissibly. They did so again in he was a member of the Buccaneers in 2021.

This time, both Beal and Ross were actively involved in discussions and had a specific proposal for Brady.

Those discussions began no later than early December 2021 and focused on Mr. Brady becoming a limited partner in the Dolphins and possibly serving as a football executive, although at times they also included the possibility of his playing for the Dolphins.

It’s unclear whether these discussions with the Dolphins played a part in Brady’s decision to retire from the NFL and promptly unretire 40 days later. But either way, Miami broke the rules by contacting Brady twice while he was under contract.

Of course, Brady wasn’t the only star who the Dolphins reportedly targeted during the 2022 NFL offseason. They also went after Payton as he mulled an exit from the Saints to form a super-coach-quarterback pairing.

The NFL’s report outlined that the Dolphins first spoke to Payton in January of 2022. At that point, he was still under contract with New Orleans, which made the contact Miami made with Payton illegal.

Miami did not seek consent from New Orleans to have these discussions, which occurred before Coach Payton announced his decision to retire as head coach of the Saints. Following that announcement, Miami requested permission to speak to Coach Payton for the first time, which New Orleans declined to grant.

As in Brady’s case, it’s unclear if the Dolphins’ discussions with Payton influenced him to retire from the NFL during the 2022 NFL offseason. Payton hasn’t returned to a coaching job — he is instead going to serve as a TV analyst this year — but he has indicated that he will likely return to coaching at some point.

“Ultimately, do I think I’ll get back in[to coaching]? Sure,” Payton said in July, per USA Today. “There’s no way to predict who that club might be. Usually, there are about six openings every year. If there’s a right fit somewhere, that ultimately will depend on several factors.”

MORE: Sean Payton comments on rumors connecting him to Dolphins

The Dolphins aren’t just losing draft picks as a result of their tampering investigation. The NFL is taking a rare step in suspending Ross, a move that the league usually tries to avoid when disciplining owners.

The NFL announced that Ross would be suspended through Oct. 17, 2022, meaning that he will miss the first six weeks of Miami’s season. He will not be allowed at the Dolphins facility and can’t represent the team at any team or NFL event. Additionally, he can’t attend league meetings in 2022 and he is removed from all of his committee assignments indefinitely.

Source says Ross was removed from some of the NFL’s most important committees: Finance; NFL media; international; and legal sports betting

In addition to these punishments, Ross is being fined $1.5 million for his role in the tampering scandal. He has a net worth of $8.2 billion.

Perhaps the greatest shame of Ross’ suspension is that he is just the third NFL owner in league history to be slapped with a suspension for any reason. Below is the brief list of owners to earn that ignominious designation:

While the Dolphins are surrendering their own 2023 first-round pick because of the tampering scandal, they will still have a selection in the first round. They own the 49ers’ first-round pick in 2023 as a result of the trade that allowed San Francisco to select Trey Lance in the 2021 NFL Draft.

Below is a look at the Dolphins’ draft capital in 2023. All picks listed belong to the Dolphins unless otherwise noted:

What Dolphins, NFL have said in response

The Dolphins released a statement from Stephen Ross about the NFL’s findings shortly after the report was released. The owner took a victory lap in wake of the tanking allegations being ruled unsubstantiated and also denied any wrongdoings in the tampering charges, despite the investigation’s findings.

“The independent investigation cleared our organization of any issues related to tanking and all of Brian Flores’ other allegations,” Ross wrote. “As I have said all along, these allegations were false, malicious and defamatory, and this issue is now put to rest.

With regards to tampering, I strongly disagree with the conclusions and the punishment. However, I will accept the outcome because the most important thing is that there be no distractions for our team as we begin an exciting and winning season. I will not allow anything to get in the way of that.

Meanwhile, the NFL let commissioner Roger Goodell do the talking. He blasted Ross and the Dolphins for committing “tampering violations of unprecedented scope and severity.”

Clearly, Goodell and the NFL are making an example of Ross and the Dolphins as they look to avoid scandals of a similar nature in the future.

Flores released a statement addressing the findings of the NFL’s investigation shortly after the league’s verdict was announced. While he was pleased that the NFL found Ross had violated the league’s tampering policies, he wasn’t happy that the league dismissed the tanking allegations against Ross and the Dolphins.

I am thankful that the NFL’s investigator found my factual allegations against Stephen Ross are true. At the same time, I am disappointed to learn that the investigator minimized Mr. Ross’s offers and pressure to tank games especially when I wrote and submitted a letter at the time to Dolphins executives documenting my serious concerns regarding this subject at the time which the investigator has in her possession.

While the investigator found that the Dolphins had engaged in impermissible tampering of “unprecedented scope and severity,” Mr. Ross will avoid any meaningful consequence. There is nothing more important when it comes to the game of football itself than the integrity of the game. When the integrity of the game is called into question, fans suffer, and football suffers.

The NFL’s report did provide an explanation for the comments that Ross had made to Flores during the 2019 NFL season. Notably, the investigator concluded that Ross’ message was not a “serious offer,” as she explained in the report.

“One such comment is a claimed offer by Mr. Ross to pay Coach Flores $100,000 to lose games, as to which there are differing recollections about the wording, timing, and context,” the report reads. “However phrased, such a comment was not intended or taken to be a serious offer, nor was the subject pursued in any respect by Mr. Ross or anyone else at the club.”

MORE: Did the Dolphins pay Brian Flores to tank?

What happens next for Dolphins?

Ross is set to accept the punishment doled out by the NFL, so there won’t be an appeal of this ruling.

The consequences of the NFL’s findings it won’t affect the Dolphins that much during the 2022 NFL season. Ross won’t be able to be at the team facility until October, but the team’s brain trust of Chris Grier and Mike McDaniel will be able to navigate just fine without him.

However, once the 2023 offseason rolls around, things will be a bit tougher for Miami. The Dolphins were supposed to have two first-round picks in the 2023 NFL Draft which would position them with a lot of buying power.

If things didn’t work out with Tua Tagovailoa, Miami would be able to package those two picks, move up and select a quarterback in a draft class that could be loaded at the position. If Tagovailoa did pan out, the Dolphins would be able to keep building around him with two, solid, cost-controlled assets.

Now, the Dolphins have only one pick, and it isn’t even their own. The lone first-round pick they own belongs to the 49ers, so they aren’t in control of their own draft day destiny.

If Miami struggles in 2022, they won’t necessarily get a high pick in 2023 to help them rebuild. Instead, the Dolphins will have to hope that the 49ers scuffle as they insert second-year quarterback Trey Lance into the starting lineup.

Tracy Turnblad in ‘Hairspray’ ‘Memba Her?!
RHODubai’s Chanel Ayan Opens Up About Surviving Forced Genital Mutilation at Age 5
Jamie Foxx Thinks Cancel Culture Is Why His 2016 Movie Has Been Shelved
Breaking Bad Statue Sparks Criticism From New Mexico State Representative
Only Lizzo Could Pull Off a Wedding Dress With Stockings and Combat Boots