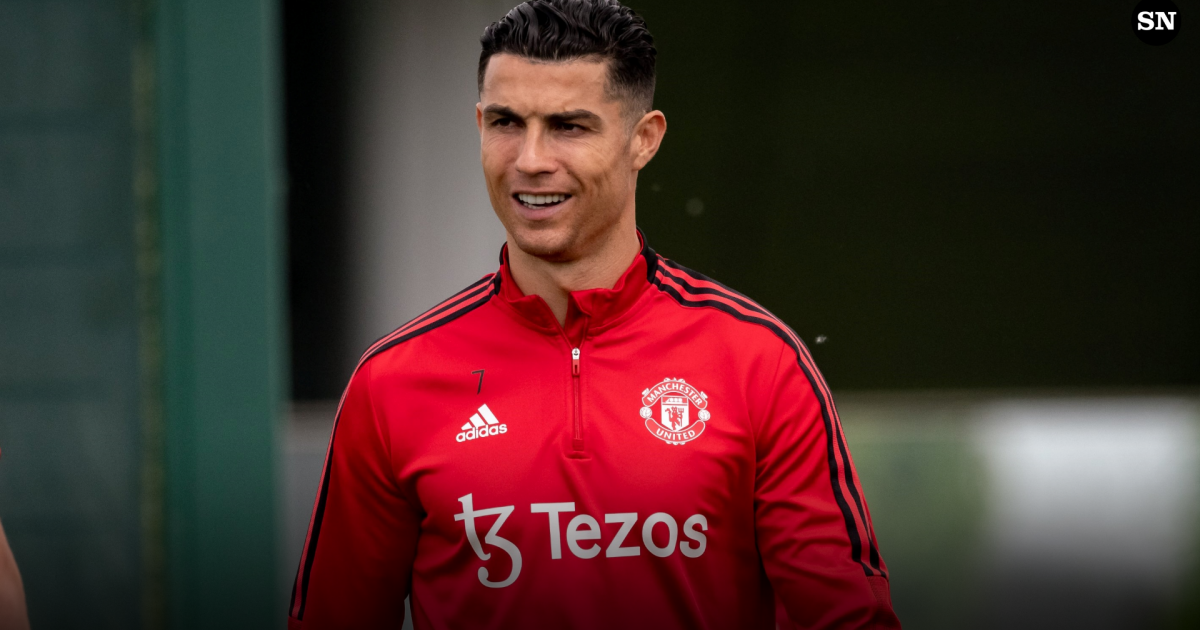 All eyes have been on Cristiano Ronaldo this summer and not for his exploits on the pitch.

The Portuguese star has reportedly been pushing for an exit from Manchester United so he can play in the Champions League this season and was absent for the club’s preseason tour of Australia.

Contracted for another year, the Red Devils don’t seem keen to let Ronaldo leave anytime soon, but his role in the team this season is now very much up in the air.

Is Ronaldo going to play for Man United on Sunday?

While missing the bulk of preseason for Manchester United, Ronaldo did start their final friendly on July 31 against Rayo Vallecano.

The 37-year-old led the line for the Red Devils but was replaced by Amad Diallo at half-time with the game still goalless.

Pictures from the match suggested Ronaldo and new manager Erik ten Hag weren’t exactly on the same page at one point.

It was subsequently reported that the Portugal star, along with other players, left Old Trafford before full-time with Ten Hag less than impressed when asked about it.

“That is unacceptable. For everyone. I told them that it’s unacceptable. That we are a team, a squad, and that you should stay until the end,” Ten Hag told Viaplay Sport.

Based on the events of the past few weeks, it seems unlikely that Ronaldo will play against Brighton when Manchester United begin their Premier League season on Sunday.

Ten Hag is yet to name his squad for the fixture but his starting side is expected to consist of Anthony Martial, Marcus Rashford and Jadon Sancho up front.

Ronaldo could be named on the bench and come on as a substitute, but his lack of preseason involvement means other players may be given minutes before him.

Reportedly still pushing for an Old Trafford exit, Ronaldo may also be hesitant to play a smaller role and risk injury.

How many games did Ronaldo play last season for Man United?

Despite turning 37 in February, Ronaldo remained a regular part of United’s side last season and made 37 appearances in all competitions for the club.

In the Premier League, the forward played 30 games and scored an impressive 18 goals in the process.

Mainly because of United’s failure to progress in Europe, the 2021-22 season saw Ronaldo play the fewest number of games in a single campaign since 2009-10.

The former Real Madrid star did miss three games for the Red Devils last season due to a hip flexor issue but has remained relatively injury-free for the majority of his career.

After months of rumours, Ronaldo remains at Old Trafford as the 2022-23 season kicks off.

The Manchester United icon has reportedly been pushing for an exit so he can play Champions League football but no club has stepped up to take him with the Red Devils reluctant to sell.

Ronaldo still has time to leave this year though with the summer transfer window in England not closing until September 1.

Potential destinations for the 37-year-old have slimmed in recent weeks with the likes of Bayern Munich, Chelsea and Atletico Madrid all declaring they weren’t interested in signing him.

With the 2022 World Cup looming, Ronaldo may have to stay put at Old Trafford for now and bide his time before reassessing his options in the winter window.