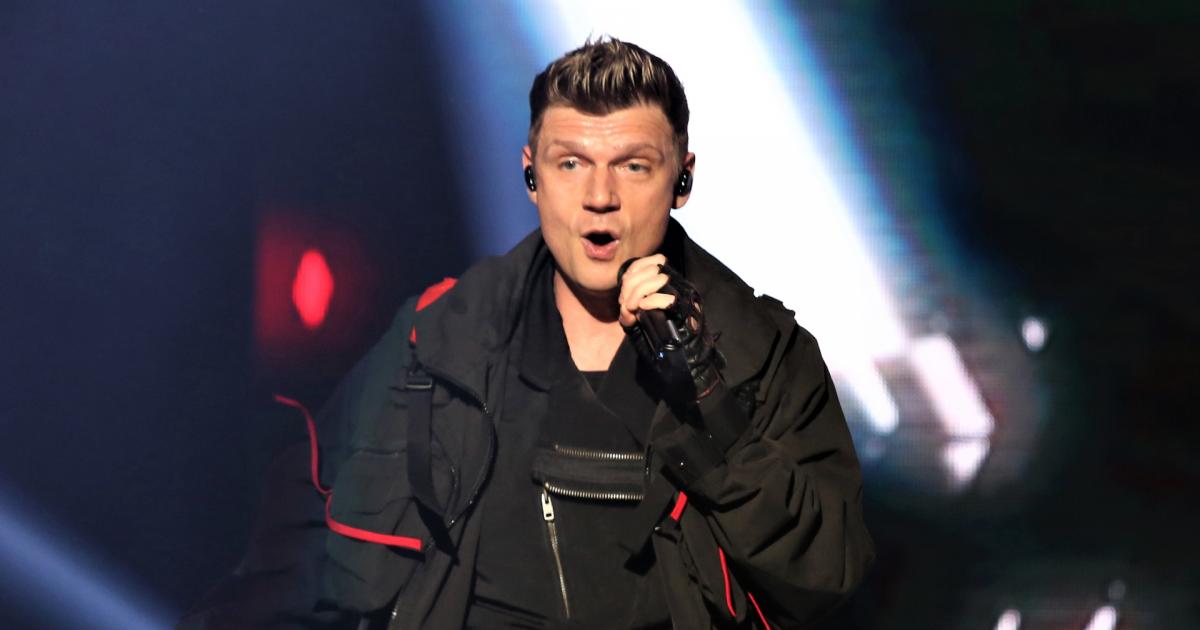 Rookie hazing is an annual tradition that, in its best iteration, provides entertainment to teams in training camp at the mere cost of mild embarrassment or inconvenience to first-year players.

The Bills provided a fantastic example of that this week when their four rookie offensive linemen — Alec Anderson, Derek Kerstetter, Tanner Owen and Luke Tenuta — provided a shirtless rendition of the Backstreet Boys’ hit, “I Want it That Way” in front of the team.

Here’s the moment, in all its sweaty glory, courtesy of Stefon Diggs:

The impromptu concert actually caught the attention of Backstreet Boys member Nick Carter. He was, shall we say, gracious in his review of the rookies:

So the @BuffaloBills are really trying to bring me back to my hometown roots. Great job guys!! #billsmafia #originalfan #conflicted #borninupstatenewyork https://t.co/woFdOCGyZX

Carter, it should be noted, is a native of Jamestown, N.Y. — just an hour-and-a-half drive south of Buffalo. Though he’s a Buccaneers fan, Carter has said the Bills are. “in his heart.” While making an appearance at Buffalo-based Darien Lake Amphitheater on July 3, he made a prediction for the season that Bills fans should love to hear:

“When I was a really little kid, I grew up watching the Buffalo Bills,” Carter said at the time (via Buffalo News). “I’m going to make a prediction right now. Go ahead, put it in your phones. Save it right here and put it on the internet. The Buffalo Bills are going to win the Super Bowl this year. I’m calling it. You heard it right here. Mark the date. The day before the Fourth of July. Nick Carter called it.”

Bills fans no doubt will want it that way.

MORE: Bills’ Josh Allen, Jordan Phillips get into it in training camp scuffle: ‘Pushing each other to be great’

Rookie hazing on other NFL teams

The Bills aren’t the only team to put their rookies through the wringer.

Lions rookie Aidan Hutchinson, the No. 2 overall pick of the 2022 NFL Draft, performed Michael Jackson’s “Billie Jean” in front of the team.

“Everybody likes Mike. Who doesn’t like Mike.”#Lions Aidan Hutchinson on why he chose to sing “Billie Jean” by Michael Jackson when asked to perform in front of the team. pic.twitter.com/Jl1fPzW9IA

The Bears had another example of good-natured hazing, with rookie Jaquan Brisker singing Rod Wave’s “Freestyle” and Dominique Brisker serving on snack duty for the team:

The Chicago Bears had rookie safety Jaquan Brisker sing in front of the team. 😂

Another, less feel-good example of hazing is when Rams defensive lineman Aaron Donald was seen grabbing undrafted rookie Elijah Garcia by the neck in a bizarre linemen drill.

Westworld Will End With Season 5, but Will HBO Renew It?
Animal Kingdom Season 6 Episode 11 Review: Hit and Run
Bob Odenkirk Thanks Fans and Co-Stars in Emotional Video Following Better Call Saul Finale
Bad Sisters: The Cast Breaks Down Their Characters and Motivations to Kill While Viewers Cheer Them On
Brad Pitt Says He’s Grateful Foundation Reached Settlement Over Katrina Homes